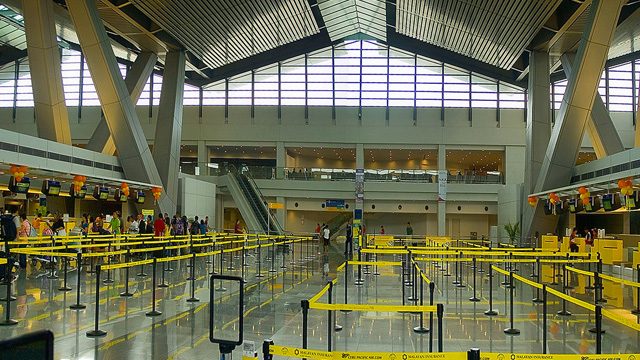 MANILA, Philippines – A firm embroiled in an airport terminal case for almost 2 decades now has just been ordered by the Court of Appeals (CA) to pay the Philippine government a total of $6 million or almost P300 million for the costs of arbitration proceedings before the International Chamber of Commerce (ICC) in Singapore.

In a 23-page decision, the CA’s 17th division has ordered the Philippine International Air Terminals Company Incorporated (Piatco), builder of the Ninoy Aquino International Airport Terminal 3 (NAIA 3), to immediately pay the government for the costs incurred during the ICC proceedings in Singapore.

To recall, Piatco and its German partner Fraport AG filed a case against the Philippine government in the ICC after the latter rescinded its contract with both parties in 2002.

The government said the NAIA 3 project, which was bagged by Piatco in 1997, was “onerous.”

The ICC then ruled in favor of the Philippine government in 2010. (READ: Despite NAIA-3 saga, Fraport eyes PH deals)

In November 2011, the High Court of Singapore junked a Piatco petition seeking the reversal of the ICC’s ruling that favored the Philippine government.

‘Beneficial to the public’

For Associate Justice Marlene Gonzales Sison, the latest development in the NAIA 3 battle will be beneficial to the public. (READ: Germany, PH want to move on from NAIA 3 row)

“Assuming arguendo that the government violated all the pertinent laws regarding public bidding, procurement and disbursement, will the recovery of the government of US$6,009,351.66 result in any injury to the public or is against the public good? We answer in the negative,” Sison said in the ruling.

“Definitely, any amount that goes to the government coffers is not detrimental, but on the contrary, beneficial to the public,” she added.

The CA decision said that by the time the government filed a petition with the trial court seeking the enforcement of the Arbitral Tribunal award, it had already spent a lot.

“Having adjudged as the losing party, Piatco cannot escape its liability towards the government by invoking a frivolous defense of ‘contrary to public policy’,” the CA said.

The latest court decision added that the Office of the Solicitor General (OSG), which represented the government in the Arbitral Tribunal, is given a leeway in hiring co-counsels to defend the interest of the government abroad.

The CA also did not give merit to the claim of Piatco that its obligation has been extinguished by virtue of legal compensation considering that the government still owed it P293.5 million, representing its annual guaranteed payments which were never returned by the government.

The CA said Piatco’s claim is “just a claim since no court has ever ruled that indeed the government owed the former such amount.”

In April 2016, the Supreme Court affirmed its decision, ordering the government to compensate Piatco for the expropriation of NAIA 3 in the amount of over $510 million as of December 2014.

The Court denied Piatco’s partial motion for reconsideration seeking an additional compensation in the amount of $107 million from the government.

However, it partly granted the motion for reconsideration filed by the government, declaring that the full ownership of NAIA 3 will be transferred to the government once it pays Piatco the said compensation.

Other than partially granting the government’s motion on NAIA 3’s full ownership, the SC also denied last year the appeal filed by Piatco, demanding a bigger principal of $470.45 million plus 12% interest per year.

Aside from the ICC proceedings, the government also faced an arbitration case filed by Fraport in the International Center for Settlement of Investment Disputes (ICSID), the arbitration arm of the World Bank based in Washington.

In 2014, the ICSID ordered Fraport to pay the government $5 million in damages for violating the Anti-Dummy Law.

The NAIA 3 contract was awarded to Piatco in 1997 during the Ramos administration.

But it was declared irregular by the Arroyo government in 2002, due to allegations that the consortium violated the Anti-Dummy Law.

The SC voided the deal in 2003 and the government moved to take over the NAIA 3 in 2014 as compensation talks broke down. NAIA 3 finally became operational in 2008.

The Anti-Dummy Law provides that only Filipinos should operate, manage and control public utilities such as an airport terminal. – with a report from Chrisee Dela Paz/Rappler.com