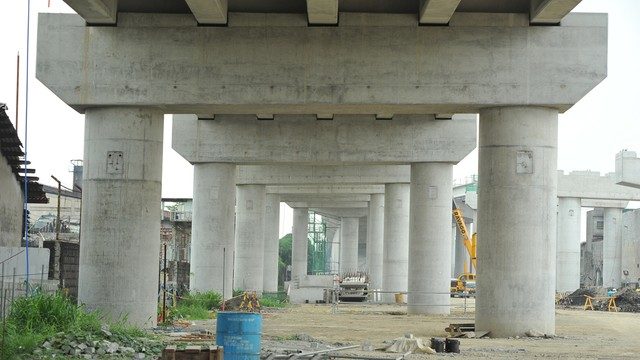 Facebook Twitter Copy URL
Copied
The infrastructure conglomerate is set to start construction of the Cavite-Laguna Expressway and Cebu-Cordova Link Expressway, among others, in 2017

MANILA, Philippines – The tollways arm of Manuel V. Pangilinan-led Metro Pacific Investments Corporation (MPIC) is spending P153 billion until the first quarter of 2018 to start building highways and toll roads around the Philippines that will make up for the country’s national infrastructure.

“We have lined up a number of PPP projects and expansion projects worth P153 billion, in a bid to boost infrastructure and development programs and help traffic decongestion initiatives of the government,” MPTC president and CEO Rodrigo Franco said in a press conference on Monday, April 3.

Its CALAX project involves a 44.6-kilometer 4-lane toll road between the CAVITEX in Kawit, Cavite and the SLEX-Mamplasan Interchange in Biñan, Laguna. “We hope to finish CALAX by 2020,” Franco said.

Meanwhile, the NLEX-SLEX connector road from C-3 in Caloocan to Sta Mesa in Manila will start construction by next year. (READ: Metro Pacific sustains double-digit income growth despite tariff issues) 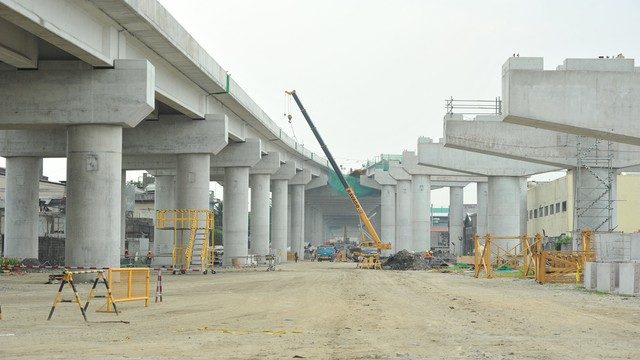 Other than these PPP deals, Franco said MPTC will also expand the capacity of the NLEX and SLEX, earmarking around P1.8 billion to build more lanes, exits, and toll plazas, as well as improve pavements.

“We will also expand SCTEX (Subic-Clark-Tarlac Expressway) to 2×2 lanes,” Franco said, adding that his group has earmarked P1.58 billion from the 3rd quarter of 2017 to March 2018.

MPTC also aims to expand a section of the NLEX Harbor Link Segment 10 by the 2nd quarter for P6 billion, and the R1 Coastal Road to 2×4 lanes for P226 million.

Franco said the group will also build a southbound flyover and a ramp to Pacific Drive of CAVITEX for P177 million, also during this quarter of the year.

“With these deals in the pipeline, we will see a great improvement in traffic decongestion. These investments will hopefully shorten the time spent on the road,” Franco told reporters.

To connect CAVITEX to the future CALAX, Franco said his group has allotted P2 billion for a 1.3-kilometer carriageway that will be built by end-2017.

About P11.7-billion of the total budget will be spent for a 7.7-kilometer expressway that will connect Parañaque to C-5 to CAVITEX.

To finance these projects, Franco said they have been talking to several banks for loans.

“There are ongoing talks with some banks for CALAX and Cebu-Cordova. CALAX will depend on the final terms, but we are looking at up to P20-billion loan. We will set the final amount based on the final project cost amount,” he said.

“Cebu-Cordova loan is up to P17 billion. We are waiting for the proposal of contractors. After that, the final project cost will be finalized,” Franco added.

Shares in Metro Pacific declined by 0.33% to P6 each on Monday. – Rappler.com