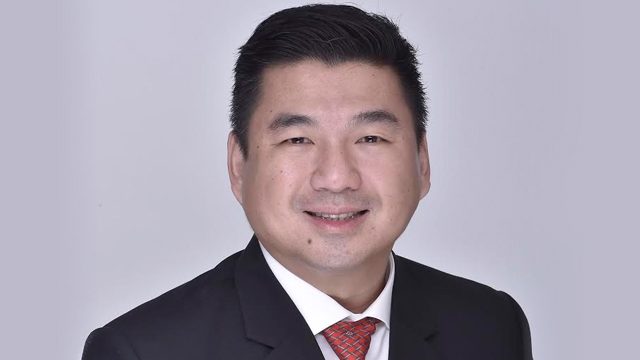 Facebook Twitter Copy URL
Copied
CLC is the second company under the Udenna Group to go public, following the listing of Phoenix Petroleum Philippines in 2007

Chelsea Logistics said in a statement on Tuesday, April 25, that it filed with the Securities and Exchange Commission (SEC) on Friday, April 21, a preliminary prospectus for the offer and sale of 546,593,000 new common shares at a maximum price of P14.63 each or almost P8 billion in total.

“We are accelerating the expansion of Chelsea Logistics, with a view to making it the prime mover of goods and passengers in the Philippines,” Chelsea Logistics founder and chairman Dennis Uy said.

The company’s expansion aligns with initiatives to strengthen cooperation and promote trade within the Association of Southeast Asian Nations (ASEAN).

“As it expands further, Chelsea Logistics aims to support and facilitate more efficient trading within and outside the archipelago in light of ongoing efforts to strengthen the ASEAN Economic Community,” Uy said.

Chelsea Logistics will be the second company of the Udenna group to go public after Phoenix Petroleum Philippines Incorporated in 2007. (READ: How SM Investments acquired stake in 2GO)

Its IPO paves the way for the company to join the Main Board of the Philippine Stock Exchange (PSE) under the ticker symbol “CLC” and subsequently allow the investing public to trade 30% of its 1,821,977,695 outstanding shares after the offer.

Chelsea Logistics lodged with the PSE on Monday, April 24, an application to list the offer shares and the rest of its outstanding shares.

The shipping company expects to net P7,59 billion from the IPO. The fresh capital is largely earmarked for the expansion of the company’s cargo and passenger shipping businesses organically as well as through acquisitions.

The company plans to run the IPO from June 21 to June 27 and debut on the local bourse on or about July 5, subject to approval by the SEC and PSE, among others.

Udenna is the holding company of Uy. The businessman from Davao has built and grown companies like Phoenix Petroleum into major industry players.

Udenna ventured in the logistics sector as early as 2006 through Chelsea Shipping Corp. to support the operations of Phoenix Petroleum, formerly Davao Oil Terminal and Services Corp.

The shipping business of Udenna has since grown into the country’s largest shipping group operating throughout the Philippines and Southeast Asia. It has the largest tanker fleet in terms of capacity with a total 39,271.64 gross registered tonnage.

Aside from advancing its expansion plans, Udenna is poised to further expand its footprint in the logistics sector with the planned consolidation of its stake in 2GO Group Incorporated with its other shipping businesses under Chelsea Logistics.

“Chelsea Logistics is well-positioned to take advantage of the e-commerce industry’s rise as well as the tourism sector’s continued growth,” Uy said.