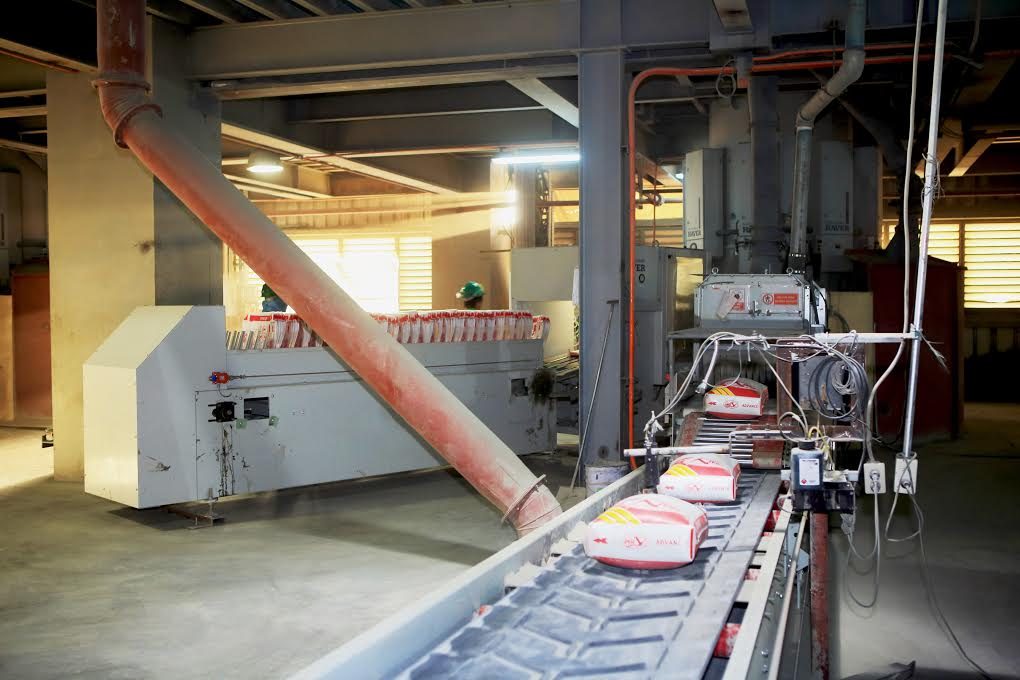 Facebook Twitter Copy URL
Copied
Eagle Cement is the 4th largest cement producer in the Philippines. To outpace the giants, the Ramon Ang-led firm wants to build plants in the Visayas and Mindanao.

MANILA, Philippines – Cement is a huge business in the fast-growing Philippine economy, where spending for big-ticket infrastructure projects is seen to increase. Here, cement makers are raking in billions of pesos in revenues each year.

The domestic market is mainly served by 3 multinational firms – LafargeHolcim, Republic (CRH-Aboitiz), and Cemex – as well as local company Eagle Cement. Together, they serve 80% and 82% of total clinker and cement domestic production in the Philippines, respectively.

Cement makers are quick to capitalize on the Philippines’ plan to spend P8.4 trillion ($169 billion) to build public infrastructure until 2022. Eagle Cement, the 4th largest cement producer in the Philippines, is building more plants to make the most of the scenario and rise above the 3 multinational giants.

To increase market share, Eagle Cement needs heaps of capital to build big plants that churn out cement and clinker. This is mainly why it plans to make an initial public offering (IPO) this May to raise as much as P9.2 billion. Proceeds from the IPO will be partly used to fund the construction of a P12.5-billion cement plant in Cebu.

Aside from Cebu, Eagle Cement had also announced plans to build a $300-million cement plant in Davao City within the year.

The Ramon Ang-led cement company is also building a 3rd production line within its facility in Bulacan, which will be completed in 2018. This will increase its cement production capacity by two million metric tons (MT).

From Luzon to the rest of PH

Eagle Cement currently distributes its products in Luzon, which constitutes about 65% of total cement demand in the Philippines.

Eagle Cement president and chief executive officer John Paul Ang said the company might set up more cement plants in the Visayas and Mindanao as part of its expansion plans and bid to increase market presence.

“We are also looking for a second site in Visayas. We are studying options. Our growth area moving forward is Visayas and Mindanao,” said Ang in an interview last Wednesday, April 26, in Makati City.

With the current directive of the national government to hasten infrastructure development outside Luzon, Eagle Cement expects cement sales in the Visayas and Mindanao to increase in the next few years.

“The way for Eagle Cement to grow right away is to go to Visayas-Mindanao. There’s a big shortage there. They’re importing to cope up with demand in Visayas and Mindanao, so we will build [plants]. We have always been aggressive,” Ang said.

With the expected increase in construction and infrastructure spending, the Philippine market will require significant additional capacity to support future growth.

The Philippine Cement Market February 2017 Report estimated that the Philippine cement industry would need an additional 11.55 million tons of cement capacity to address consumption requirements until 2025.

To address the gap, cement makers have two options: build more plants or import clinker and cement from abroad. Importation is especially true for multinational giants.

“The entry of imported cement priced at a discount to market may result in a significant decrease of cement prices affecting the profitability of all domestic manufacturers,” the Ang-led cement company said in its prospectus.

Eagle Cement believes future growth of imported cement may be restricted due to limitations in port capacity and infrastructure in or near major areas of economic activity which constitute a significant demand for cement.

To prevent such risks and provide high-quality materials, Ang said his company will build more plants instead.

“For us, we will build more plants. We do end-to-end production. We make our own clinker, our own cement, down from the raw material to the end product,” Ang said.

Should there be delays in implementing public infrastructure in the country, Ang said Eagle Cement will survive, as demand is seen to be supported by private consumption.

“We have considered that. Even if there will be a delay in public infrastructure spending, there is still private consumption. You can see that everywhere, even the boom in VisMin (the Visayas and Mindanao),” said Ang, who learned the strokes of the industry by reviving a problematic cement plant in Sarawak, Malaysia and then selling it to start up Eagle Cement.

Post-IPO, Eagle Cement will have public ownership of 11.5% and a market capitalization of P80 billion.