Facebook Twitter Copy URL
Copied
(UPDATED) Outgoing BSP Governor Amando Tetangco Jr and most bankers got what they asked and hoped for: an 'insider' with years of central banking experience

On July 2, BSP Governor Amando Tetangco Jr will step down after serving a maximum of two terms, totaling 12 years.

The outgoing BSP chief got what he asked – and what many bankers hoped – for: an “insider” with years of central banking experience. (READ: Who is new BSP governor Nestor Espenilla?)

Espenilla, deputy governor for banking supervision and regulation, has been with the BSP since 1981. He steadily rose up the ranks until he was appointed deputy governor on April 20, 2005.

Espenilla bested BSP Deputy Governor for Monetary Stability Diwa Guinigundo; Peter Favila, who was trade secretary during the Arroyo government and a former member of the Monetary Board, the BSP’s policy making body; and Antonio Moncupa Jr, president of EastWest Bank and policy advisor to Duterte’s campaign team.

Rappler talked to bankers, economists, and business executives on their thoughts about the President’s choice. “Very positive. He has a strong commitment towards continuity. He’s a very good pick.” 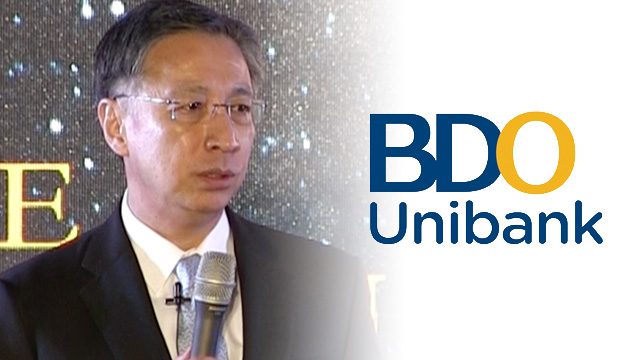 “Nestor Espenilla will make an excellent governor of the BSP. He is well prepared to deal with the 3 areas that the BSP governor must address – monetary policy, banking regulation, and financial industry structure.

“In addition, he has been for many years now the BSP’s point person in the area of financial inclusion. Financial inclusion is not a traditional central bank responsibility. The fact the the BSP in general, and incoming Governor Espenilla, in particular, has vigorously adopted the financial inclusion cause is testimony to the values and foresight of our most senior monetary policy makers.”

Edwin Bautista, Union Bank of the Philippines president and COO “Yes, [I’m] very much in favor.  He was also my personal choice. We are in good hands. We expect Governor Espenilla to continue the reforms he has championed these past years.” “We are positive he will do the country good.” (Moncupa was one of the front runners for the BSP’s top post and was even endorsed by Duterte’s Partido Demokratiko Pilipino-Lakas ng Bayan.) “President Duterte’s appointment is a choice for continuity of monetary and financial system’s policies and the direction of these. The appointment also demonstrates the President’s confidence with and trust in his economic team. The decision also displays the strong influence of his economic team, especially Finance Secretary Dominguez.

“BSP monetary policy under the future governor is unlikely to change. Inflation targeting would remain while the risk-related policy bias would continue. Soon-to-be BSP Governor Espenilla hardly talks about monetary policy publicly. He is BSP’s face on financial market regulation but he is still involved in shaping monetary policy especially when regulatory tweaks are needed to influence monetary policy. “We welcome the President’s appointment of Deputy Governor Espenilla to the position of Central Bank Governor.

“This appointment sends a strong and positive signal to the business community as Deputy Governor Espenilla is a very experienced and capable career executive who has worked closely with Governor Tetangco in a very ably way, managing the country’s monetary policies.” – Rappler.com