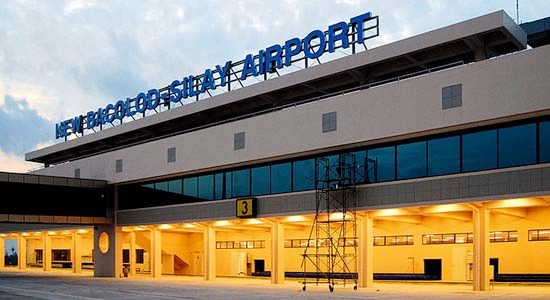 Facebook Twitter Copy URL
Copied
(UPDATED) It is back to zero for the development of 5 small airports in Bacolod, Davao, Iloilo, Laguindingan, and Bohol. A prospective bidder feels embarrassed and dismayed over what has happened.

MANILA, Philippines (UPDATED) – The much-anticipated public-private partnership (PPP) projects aimed at developing 5 small, regional airports across the Philippines have been canceled almost right in the middle of the ball game, when prospective bidders are already preparing their game plan.

This was confirmed by the PPP Center in a statement on Tuesday, May 23, saying that the implementing agencies – the Department of Transportation (DOTr) and the Civil Aviation Authority of the Philippines (CAAP) – decided that the projects would be implemented through other modes.

Transportation Secretary Arthur Tugade told Rappler in a text message that after “collegial discussions among economic clusters and congressional leaders,” they agreed to develop airports in Bacolod, Davao, Iloilo, Laguindingan, and Bohol by using funds from the General Appropriations Act (GAA) or the national budget.

“Doing the airports [via] GAA makes the projects cheaper as cost of money is lower, thus more beneficial to the public, project completion is more efficient and faster, and [it would] help avoid legal surprises that may cause regrettable delays,” Tugade said.

While the PPP Center believes in the credibility of these airport projects structured as PPPs, the agency said it respects “DOTr’s and CAAP’s authority and their decision to terminate the projects.”

These 5 airport deals – cumulatively worth some P108.9 billion – were previously rolled out under the administration of former president Benigno Aquino III. (READ: PH sticks to bundled plan for 5 airports)

The administration of President Rodrigo Duterte then decided to unbundle the airports and bid these out individually.

Tugade later on said his department was thinking of removing the Davao International Airport – the most sought after out of the 5 gateways – from the PPP pipeline.

The transportation chief explained that they prefer a hybrid mode of implementation where the government will develop or construct the infrastructure then bid out the operations and maintenance of the project later on.

Speaker Pantaleon Alvarez had questioned the DOTr‘s decision to bid out the development, operations, and maintenance of the 5 regional airports, saying it would only be disadvantageous to the government.

The decision to terminate the auction might have caught prospective bidders off guard, as they already bought invitation documents worth P300,000 and were in the middle of preparing their bids.

“We have been working for this project since late 2015. Understandably, we have spent a lot of time, money, and effort pursuing this PPP program,” Coronel told Rappler.

The Filinvest executive said his group was already disappointed when the administration decided to unbundle the airport projects.

“It is truly sad that they have now completely disregarded the PPP route for these projects. It is embarrassing to our foreign investors/partners that the government is changing its mode of implementation at this point of the game,” Coronel said.

“The government has said they will refund bid costs on the airports. That is fair,” he added. (READ: DOTr won’t auction off Clark airport rehab)

Nicol then pointed out the speed and effectiveness demonstrated by the private sector in implementing public infrastructure projects over the years.

“Look at the successes with the water projects, road projects, and most recently the rapid progress on Light Rail Transit Line 1 (LRT1). We took over a system with just 77 light rail vehicles working and we quickly got that up to a hundred,” the official of MPIC, which has been an active participant in PPP projects, said in a text message.

Some on a wait-and-see mode

“We remain committed to supporting the government’s push to build the infrastructure necessary to promote inclusive economic growth for our people,” Antonio said.

“It is crucial for the airport development project to be implemented immediately because efficiencies in the airport system are greatly hampered by the lack of proper infrastructure. Megawide supports the government’s pledge to this development the quickest time possible,” Ferrer said.

“Megawide also strongly believes it is capable of participating in any modality, whether as EPC with our Megawide construction team and/or operations and maintenance partner with our Cebu airport consortium,” he added.