Jun 2, 2017 10:00 PM PHT
Chrisee Dela Paz
Facebook Twitter Copy URL
Copied
This is one of the reasons the main Philippine Stock Exchange index closed in the red on Friday, June 2 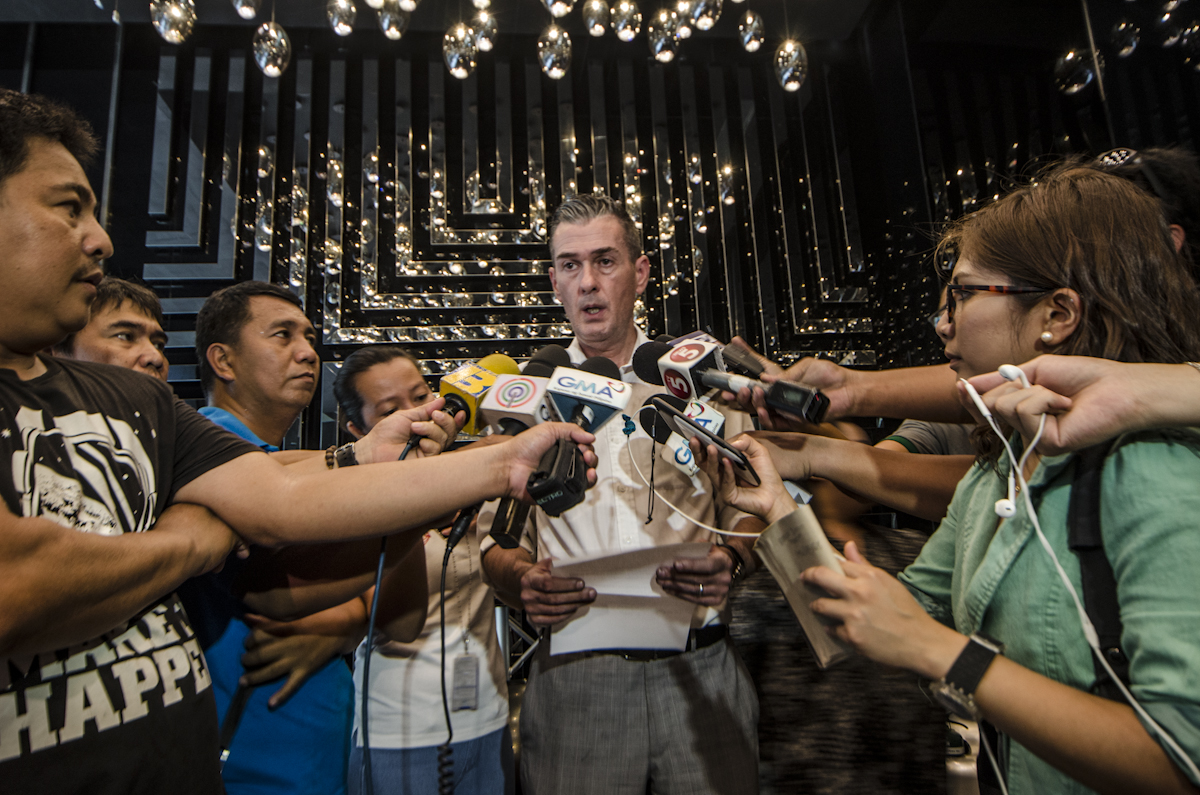 MANILA, Philippines – Top casino operators in Manila took a beating on the local bourse after the attack on Resorts World Manila in Pasay City, with investors selling down their gaming stocks.

Travellers International Hotel Group Incorporated, the operator and developer of Resorts World Manila, closed at P3.10 each on Friday, June 2, down P0.30 or 8.82% from that of Thursday, June 1.

Bloomberry Resorts Corporation, the owner and operator of Solaire Resort and Casino, closed at P9.30 on Friday, down P0.55 or 5.58% from Thursday.

Melco Resorts and Entertainment (Philippines) Corporation, operator of City of Dreams Manila, also saw its share price decline by 4.26% to P9.67 each on Friday.

This is one of the reasons the main Philippine Stock Exchange index (PSEi) closed in the red, after it plunged by 19.83 points to 7,907.66 at the closing bell.

Authorities quickly downplayed it as an “isolated incident” caused by a “mentally disturbed” person who had attempted to rob the casino, and not a terror attack.

Aside from the impact of the Resorts World Manila attack, another issue hounding the gaming sector in the Philippines is its inclusion in the scope of the Anti-Money Laundering Act (AMLA).

The Senate last Tuesday, May 30, approved on 3rd and final reading the bill seeking to include casinos in the scope of AMLA, before the deadline set by an international body.

COL Financial Group had said this development will not likely impact VIP volume of casinos.

“We spoke to gaming companies regarding this matter and they said they are supportive of putting casinos under the AML framework. When asked about how this would affect operations, they said this just means more administrative work for them,” COL Financial research senior manager Richard Laneda said in a report.

“In addition, VIP volume are unlikely to suffer as AML reporting for casinos is something VIP players are used to as it is practiced in Macau and other gaming hubs. We also note that the threshold amount of P5 million is less restrictive than in Macau. In Macau the threshold amount is equivalent to P3.1 million,” he added. – Rappler.com