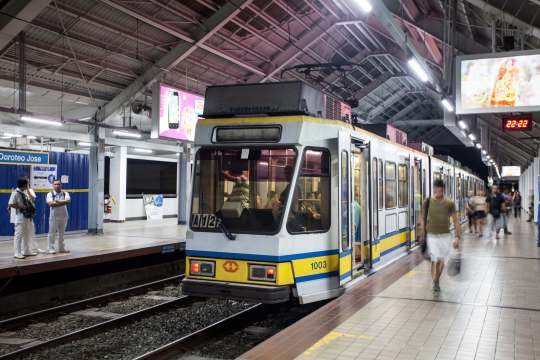 This is while Light Rail Manila Corporation (LRMC) is awaiting the procurement of 120 new LRVs by the Philippine government. (READ: Engineers racing to fix LRT1)

The restoration of 25 LRVs has expanded the current fleet of the LRT1 to 102 from 77.

“With the expanded fleet, a new train timetable will be implemented, increasing the number of trips on weekdays from the current 498 to 554 trips daily, resulting to shorter queueing time and reduced headway for our passengers,” LRMC president and chief executive officer Rogelio Singson said in a statement.

Singson said the proposal for the new timetable to add more trips had been discussed with and welcomed by Light Rail Transit Authority (LRTA) Administrator Reynaldo Berroya and Deputy Administrator Felix Leyson.

“Our engineers have successfully gained the confidence of European spare parts manufacturers such as Alstom, Gerkens, and Knorr Bremse, among others, for the supply of electromechanical parts that were essential to restore LRVs,” Singson said.

“With 102 LRVs available as of May 31, we can now serve the passengers better with increased capacity and shorter waiting time,” Singson explained.

The LRMC has been operating the LRT1 since 2015. Transportation Secretary Arthur Tugade told LRMC to speed up the construction of the LRT1 Cavite Extension project, asking them to finish it by 2020 instead of 2021.

Singson said the 2020 timeline is “doable” if local government units cooperate in terms of right-of-way acquisition.