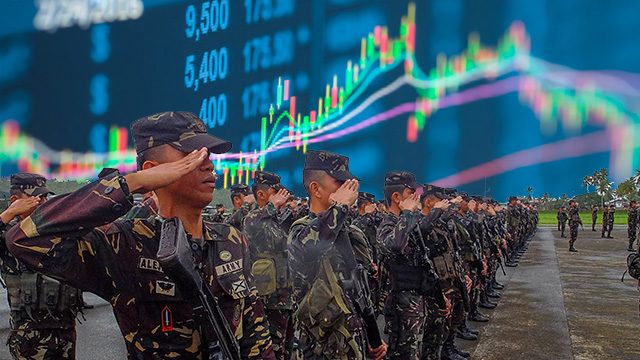 MANILA, Philippines (UPDATED) – With clashes still ongoing between terrorists and government forces in Marawi City, several business groups believe the decision of the Supreme Court (SC) to uphold the declaration of martial law in Mindanao is “necessary” to resolve the violence.

“It is a necessary move to resolve the grave threats posed by the ISIS-inspired attack on Marawi,” Vicente Lao, chairperson of the Mindanao Business Council, told Rappler. (READ: ‘Normal working day’ for businesses amid martial law in Mindanao)

The battle broke out in downtown Marawi City, Lanao del Sur on May 23, leading to President Rodrigo Duterte’s declaration of martial law in Mindanao and the suspension of the privilege of the writ of habeas corpus there.

On Tuesday, July 4, the 43rd day of the imposition of martial law in Mindanao, the SC voted 11-3-1 to uphold its constitutionality.

“The business sector in Mindanao supports the decision of the President to declare martial law because at that time it was the most effective response to the serious threat of an ISIS excursion into Mindanao,” Lao said in a mobile phone reply.

For Julian Payne, president of the Canadian Chamber of Commerce of the Philippines Incorporated (CanCham), the SC decision “may in fact provide some comfort for foreign investors.”

“Foreign investors like and look for peace and order, security, and stability in a country in which they invest as this generally reduces the risk of the unexpected,” Payne added.

Alfredo Yao, chief of Macay Holdings Incorporated and Zest-O Corporation, also said in a phone interview that the SC decision “actually eases worries among the local business guys regarding the unrest in Marawi.”

“It’s good for the country. Of course, there will be a temporary setback for tourism. But that setback is actually because of the Marawi unrest, not the martial law in Mindanao. As a whole, I think it is a positive decision,” Yao told Rappler.

For the CanCham president, the SC decision “confirms the government has the authority to use the discretion available under martial law to address what is a serious challenge to its authority as a legitimate democratically elected government.”

Over the last 6 years, Mindanao has been growing at an average gross regional domestic product of 7% to 7.5%, higher than the national average of 6.5%.

Section 18, Article VII of the 1987 Philippine Constitution says that the President, as commander-in-chief, may “in case of invasion or rebellion, when the public safety requires it” suspend the privilege of the writ of habeas corpus or place the country under martial law. The writ safeguards individual freedom against arbitrary state action. – Rappler.com