Ramon Ang and his media interests 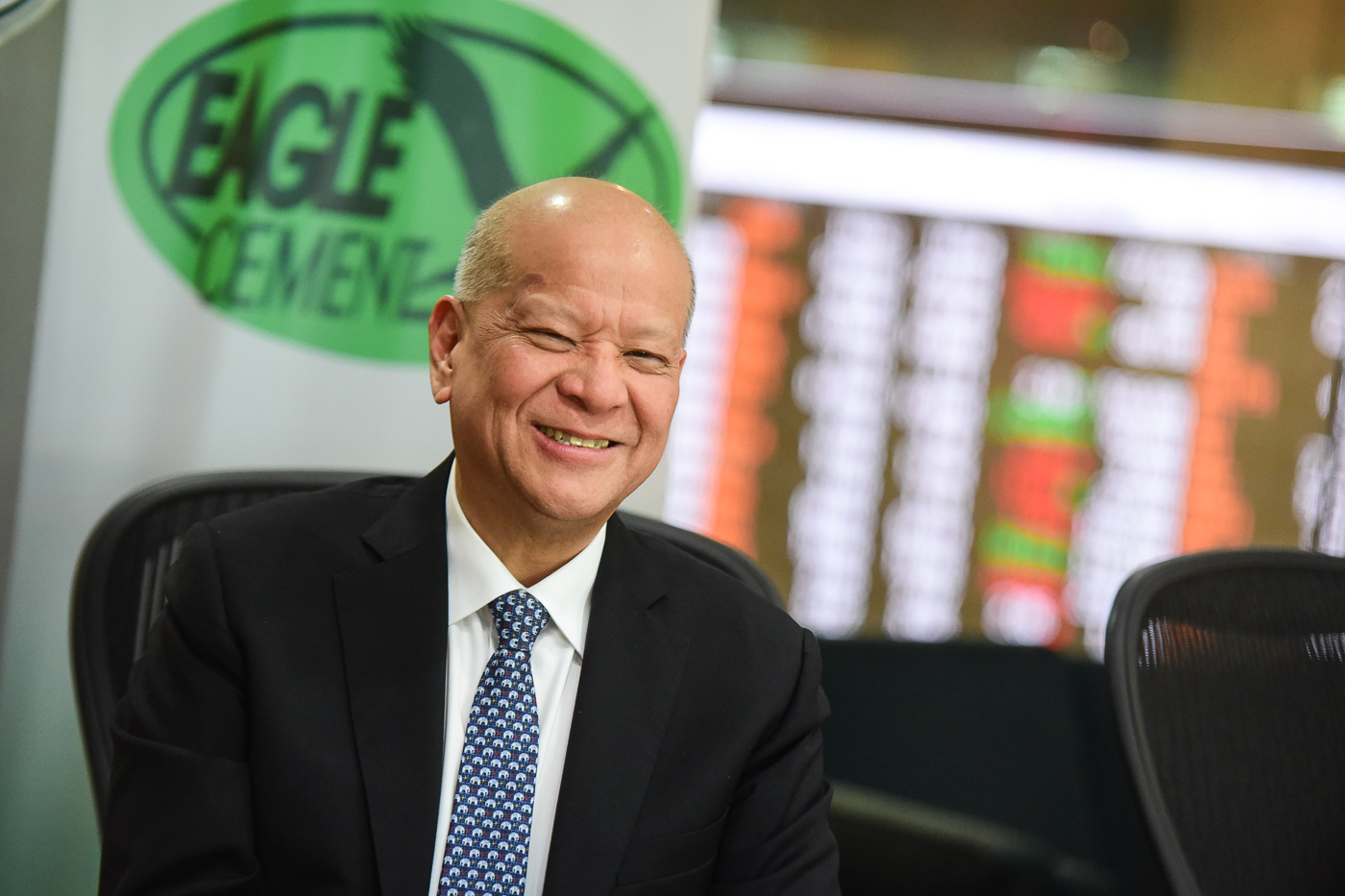 MANILA, Philippines – Businessman Ramon Ang has long been scouting for a share in major media companies.

He takes another shot after an unlucky streak the past years with broadcast firms GMA Network Incorporated and Radio Philippines Network (RPN) Incorporated.

On Monday, July 17, the leader of diversified conglomerate San Miguel Corporation, confirmed he has resumed talks with the Prieto family in a bid to buy a majority stake in the Philippine Daily Inquirer, a print-turning-multimedia group.

It’s a move that echoes that of rival businessman Manuel Pangilinan, whose group has interests in broadsheets BusinessWorld Publishing Corporation and PhilStar Daily Incorporated, as well as in broadcast units TV5 Corporation and Bloomberg TV Philippines. Pangilinan’s group also has a minority stake in Inquirer.

“Both Ramon Ang and Manuel Pangilinan have always been interested to build up their media empires for quite some time now,” noted Marita Limlingan, president of Regina Capital Development Corporation, in a mobile text reply.

“Ramon Ang previously wanted to build a telecom through Telstra [Corporation] and made a bid for GMA [Network Incorporated],” Limlingan recalled.

She was referring to the popular business model of legacy companies that combine content producers (media companies) and a distribution network (telecommunication or cable companies offering broadband or internet services). Pangilinan chairs telecommunications giant Philippine Long Distance Telephone Company (PLDT), which his media groups are building a convergence strategy with.

It’s a strategy that hopes to capture a growing portion of the target media audience accessing their news, entertainment and sports content online, usually via their phones.

San Miguel had previously planned to launch a major telco player to compete with PLDT. However, San Miguel later sold out to the Pangilinan-led giant and Globe Telecom of the Ayala group after talks between Ang and his team, and foreign partner Telstra Corporation, failed.

Ang’s potential entry into Inquirer may revive his interest in the telecommunications industry, noted Limlingan.

While telecommunications-related assets have been coursed through San Miguel, Ang’s foray into media assets have always been a personal investment.

Here’s how he did it in the past: 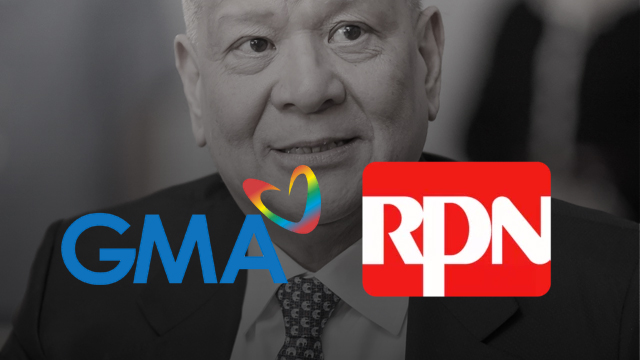 Ang’s most publicly acknowledged media target involved GMA Network, the country’s second biggest media group. In January 2014, Ang said he was in talks with the triumverate shareholders of the broadcast media for a personal investment.

Menardo Jimenez, who belongs to one of the three families that own GMA, sits on the board of San Miguel Corporation and its subsidiary, San Miguel Pure Foods.

After 11 months, talks between the two camps bogged down. Some analysts said it could be because of a higher offer or a price no one can afford.

“I was surprised. I did not expect this. There was no indication they would do this in the middle of negotiations,” Ang had said then.

GMA has had many suitors, including Pangilinan’s group, which wanted a minority stake, as well as boxing champ Manny Pacquiao and former Ilocos Sur governor Luis “Chavit” Singson.

In June, GMA chair Felipe Gozon said they are now ready to entertain suitors “if the price is right.” Ang shook his head when asked if he is still interested in GMA.

Even before the saga with GMA, Ang had said in 2012 that he is keen on acquiring a personal stake as a major shareholder RPN Incorporated, a media firm partly owned by the government.

That did not push through, though he reportedly acquired a personal investment in Solar TV Network Inc., a blocktimer in, and later a minority owner of, RPN.

In August 2014, business interests identified with the late businessman Antonio Cabangon-Chua bought the entire stake of the Tieng family in Solar TV Network Incorporated in a deal that gave Cabangon-Chua’s group a 34% interest in RPN.

Soon after the deal was signed, RPN, which was renamed to Nine Media Corporation, announced a 5-year partnership with Turner Broadcasting System Asia Pacific entitling it to carry the CNN brand in the Philippines starting 2015.

Although there were rumors that CNN Philippines is backed by Ang, latest documents submitted to the Securities and Exchange Commission by Nine Media did not show any trace of affiliations with the San Miguel chief.

The family of Cabangon-Chua has interests in print and radio, including the daily business newspaper Business Mirror, tabloid Pilipino Mirror, and Aliw Broadcasting Corporation.

Now, with the Prietos

Ang has apparently started talking with the Prietos in 2014, around the time negotiations with the GMA owners started.

On Monday, July 17, Marixi Prieto, chairperson of the Inquirer Group of Companies, announced that her group resumed discussions with their “longstanding friend and business partner” Ang for the sale of the Prieto family’s interest and majority share in Inquirer.

The Rufino-Prieto family, meanwhile, owns a 68% stake in Pentap Equities Holdings Corporation, which in turn owns 68.8% of Inquirer Holdings.

Marixi said in the statement that the Prieto family’s decision to divest after 25 years is a strategic business decision that they believe will maximize growth opportunities for the media outfit.

Ang is the president and chief operating officer of San Miguel, a conglomerate that has ventured from food and beverage into other industries like, power, oil retailing (Petron), and infrastructure.

He also owns recently-listed Eagle Cement Corporation, which is the 4th largest cement producer in the Philippines.

Ang, through San Miguel, has been on acquisition binge for the past decade. The latest addition to the growing and expanding conglomerate is Barossa Bottling Services, an Australian wine bottler.

Ang’s pending purchase of Inquirer comes at a time when he is on the good side of the powers that be. President Rodrigo Duterte described him as his “fast friend.”

Duterte had said Ang was among those who contributed to his campaign. (READ: San Miguel’s Ramon Ang was campaign donor)

San Miguel has been among the most generous in supporting Duterte’s causes, including rehabilitation centers and housing needs. (READ: San Miguel to donate P1B for drug rehab centers)

“This Ramon, may sheer guts, by his own hard work he became a billionaire 10 times over…He gave donations, charitable endeavors but they don’t publish it,” Duterte once said of Ang.

The Prietos, on the other hand, have been criticized by Duterte following Inquirer’s news coverage of the president’s war-on-drugs.

Duterte hit the Prietos through their real estate business. He alleged that the Prietos did not pay proper taxes for a property whose ownership is still the subject of a court battle. (READ: Duterte threatens ‘exposé’ vs Inquirer) – Rappler.com