FAST FACTS: What you should know about the Inquirer Group 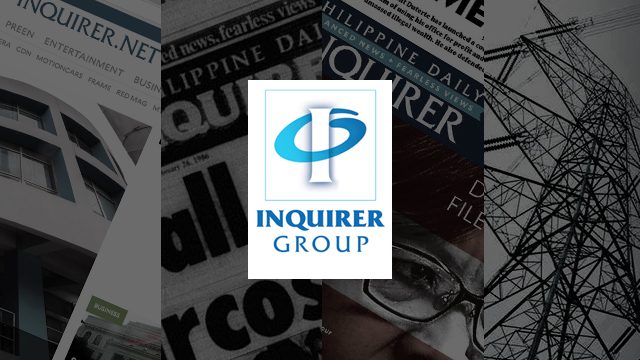 Facebook Twitter Copy URL
Copied
Get to know the Rufino-Prieto family, owners of the Inquirer which may soon belong to businessman Ramon Ang

After surviving several political and business adversaries, the Prieto family – who owns majority of the Inquirer – announced on Monday, July 17, that it will soon give up its 25-year control of the 31-year-old media business. (READ: Ramon Ang in talks with Prietos for majority stake in Inquirer).

Businessman Ramon Ang confirmed he is keen to acquire the Inquirer as a personal investment after due diligence. (READ: Ramon Ang and his media interests)

Here are some things you should know about the Inquirer group of companies:

One of the most widely-circulated newspapers in the country, the Inquirer’s predominantly print media assets have not been spared by the globally receding market for traditional print media.

The group’s revenues dropped to P24 million in 2013 from almost P39 million in 2010, according to the latest financial submissions of Inquirer’s parent company, Inquirer Holdings Incorporated, to the Securities and Exchange Commission (SEC).

Net income during the same period suffered as well. Losses reached P141 million in 2012 before recovering to P8.4 million the following year.

Founded by Eugenia “Eggie” Apostol, Betty Go-Belmonte, Max Soliven, Luis Beltran, Arturo Borjal, and the late editor-in-chief, Letty Jimenez-Magsanoc, Inquirer published its first newspaper issue on December 9, 1985. Its precursor was the Mr & Ms magazine that Apostol founded in the aftermath of the assassination of then Senator Ninoy Aquino in 1983.

The Inquirer covered the dying days of the Marcos dictatorship with the EDSA People Power Revolution taking place just two months after it began operations. Soon after, it grew fast to become the Philippines’ biggest newspaper.

Since then, Inquirer has established 4 regional bureaus and printing presses in Cebu, Davao, Laguna, and Manila.

Best known for their stewardship of the Inquirer, the Rufino-Prieto clan has held ownership interests in the media company over the last 25 years.

However, the family also hold interests in real estate and restaurants.

The Rufino family originally owned a string of movie theaters and used the capital accrued to diversify into other industries particularly, real estate, with its interests falling primarily under the Rufino Group of Companies.

The family’s property interests include the Rufino Pacific Tower, Sunvar, Corinthian Properties, and The NET Group, which developed the JPMorgan Chase Tower and Google head office in Bonifacio Global City.

The family has been in the spotlight in recent months following repeated attacks by President Rodrigo Duterte who called out the newspaper last March for what he deemed to be unfair coverage of him.

Duterte followed these attacks by attempting to link the Prieto family to Briccio Santos, an ex-official of the Film Development Council of the Philippines (FDCP) who received a large income in 2013 as FDCP’s chair under the previous administration.

The President stepped up his attacks earlier this month when he threatened an exposé against Inquirer and its owners, hinting it owed P8 billion in unpaid taxes stemming from the family’s Mile Long Property in Makati City. The Rufino-Prieto family’s ownership in the media group is established through Inquirer Holdings, Incorporated, according to the company’s general information sheet (GIS) submitted to the SEC in 2016.

Data from Inquirer Holdings’ GIS showed its chairperson, Marixi Prieto, owns a 6.11% share of the company.

Businessman Manuel V. Pangilinan’s group also has a 25% stake in Inquirer Holdings through Excel Pacific Holdings Corporation, which in turn has a direct 13.08% stake in the flagship broadsheet.

Ang, in his personal capacity, plans to buy a majority stake in Inquirer through the Rufino-Prieto family.

The group’s portfolio has also expanded beyond its flagship newspaper. According to the company’s website, the Inquirer group has business interests that include digital services, radio, and delivery services through its brands MegaMobile and Inquirer Digital Outdoor, Radyo Inquirer DZIQ 990 AM, and Delivery Access Group Xpress Courier Incporated, respectively.

Through Inquirer Publications Incorporated, the group operates publications Bandera, a tabloid which circulates in Visays and Mindanao; and Cebu Daily News, a daily newspaper with circulation in the Visayas region.

It also operates Print Town Group, one of the largest newspaper and commercial printers in the country. Aside from printing its Inquirer-operated publications, Print Town expanded to service the printing of other titles such as the Asian Wall Street Journal and International Herald Tribune.

Facing a media landscape rapidly going digital, the Inquirer group revamped its branding efforts in 2016. It introduced “MyInquirer,” the new business model focused on converging its content over 5 platforms – print, mobile, desktop, tablet, and smartwatch. The effort led to a visual redesign of the group’s content.