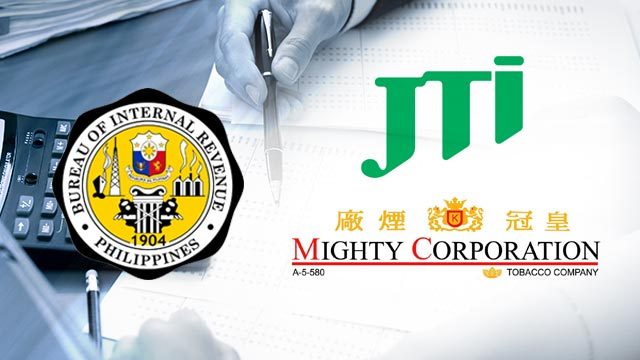 Facebook Twitter Copy URL
Copied
President Rodrigo Duterte says the money will fund rebuilding efforts in war-torn Marawi, and also in Ormoc City which was struck by a strong earthquake

MANILA, Philippines – The government is set to score its largest tax settlement in Philippine history as President Rodrigo Duterte announced on Monday, July 24, that he has ordered finance officials to accept the P25-billion offer of Mighty Corporation as settlement for its tax liabilities.

“I have directed the Department of Finance (DOF) and the Bureau of Internal Revenue (BIR) to accept Mighty Corporation’s P25-billion offer to settle its tax liabilities,” Duterte announced in his second State of the Nation Address (SONA) at the Batasang Pambansa on Monday.

“After the settlement Mighty will no longer engage in the tobacco business. This will be the biggest tax settlement on record and will produce a windfall for the government which is significant because we need to face the unexpected costs of rebuilding Marawi and Ormoc,” Duterte added.

The President noted that accepting the settlement does not preclude possible criminal charges against the firm that the BIR may decide to file.

Mighty sent its settlement proposal to the BIR on July 10, offering the P25-billion settlement to be funded by the P45-billion sale of its company to Japan Tobacco International (JTI) Philippines.

Mighty is facing 3 tax complaints before the Department of Justice (DOJ), totaling P37.88 billion. The complaints were filed after Duterte, in March, ordered the arrest of Mighty owner Alexander Wongchuking for alleged “economic sabotage.”

In his SONA, Duterte urged senators to speed up the approval of his tax reform package.

“I call on the Senate to support my tax reform in full, and to pass with haste,”
he said.

“These reforms are designed to be pro-poor and especially when the people understand how the revenues will be spent. The passage of the tax reform is needed to fund the proposed 2018 budget,” the President added.

The House of Representatives passed House Bill 5636, containing the first batch of the proposed tax reforms, in late May.

Under HB 5636, the maximum rate of personal income tax will be reduced over time from the current 32% to 25%, except for high income earners. (READ: Duterte’s tax reform: More take-home pay, higher fuel and auto taxes)

Those earning P250,000 or below annually will be exempted from paying income taxes. The so-called ultrarich, who comprise 0.1% of taxpayers, will be levied a higher rate of 35% from the current 32%.

Critics of the bill have called it anti-poor as it also proposes higher excise taxes on petroleum, automobiles, and sweetened beverages to compensate for the revenue losses from the proposed tax cuts.

The proposed P3.77-trillion budget for 2018, the largest ever, was submitted by the President to Congress immediately after the SONA. – Rappler.com