MANILA, Philippines – In the first years after 4 friends formed Katipunan Craft Ales, they say they regularly faced challenges sourcing barley, hops, and yeast, and even bottles. There were times when they had to forego sales because they couldn’t get one of these items in time.

Now, all they have to do is call one of the importers who bring these products in. There are importers, however, because more friends have formed more craft brewers, needing the same items. Sourcing has become easy, but on the flip side, those other brewers are all trying to sell to the same beer drinkers – and the number of craft beer drinkers isn’t growing as fast as it used to.

I first reported about saturation levels when I was covering Jollibee. But that was in the early 2000s. The concern seems to have been misplaced, to put it mildly. Jollibee had 300+ Philippine outlets then, but opened its 1,000th branch in June this year. And that’s not counting all its other fast food outlets, and those of its competitors. In between, the economy boomed, especially for young people who are a natural market for fast food. Fast food companies got more and more efficient, reducing costs and expenses in ways you may not even notice, which in effect allows them to boost their markup without you even knowing it.

Commercial craft beer is so young in the Philippines. Jim Araneta’s Global Beer Exchange brought in imported ones in commercial quantities just about 10 years ago, and pioneers like Katipunan first started brewing a few years after that.

It is so young that it has a long way to grow though, yes, possibly at a slower rate. But while the Jollibees of the world grow in large part by being inexpensive, craft beer almost by nature will be expensive beer.

“There’s a big barrier to trying it,” says Kiyo Miura, the partner in charge of Katipunan’s sales. “P200 for a bottle of beer is a turnoff if you just want to get drunk.” 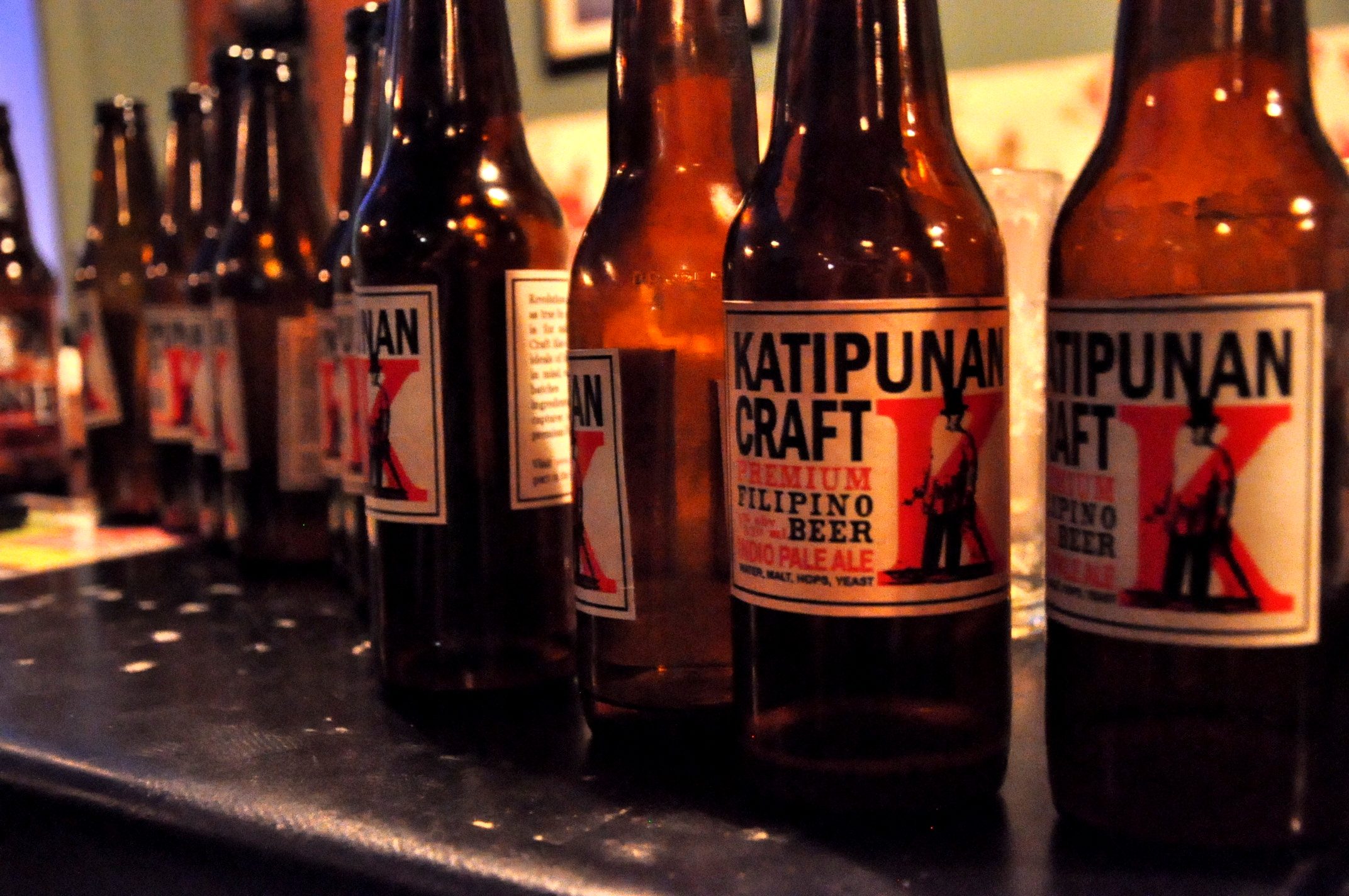 All a budget product needs to grow is people on a budget, which there will always be many of. Craft beer needs people who are both adventurous and willing to spend 4 or 5 times what they’d spend on the San Miguel they’ve grown up with, or even the premium commercial beer they’ve become good friends with. Given Manila’s very uneven development, that limits them even geographically.

“We just recently started selling more around Quezon City, Pasig, but historically it’s always been Makati and BGC (Bonifacio Global City),” Miura said when we interviewed him and Raffy Taruc, partner in charge of brewing, for Rappler’s “What’s the Big Idea?” series. “These are where all the upscale restaurants are, the new hip bars are located.”

To top it off, they started at a time when economic growth first accelerated to the 6% per year level. Now 6% is old hat and maybe even at risk.

Miura and Taruc estimate there are about 20 local commercial craft brewers, of which a dozen or so have significant volume, competing for the still limited customer base. In the beginning, sales were tough because bars weren’t confident there’d be many adventurous souls who’d try it, much less look for it. Now bar owners know they have choices, and are bargaining for lower and lower prices, whittling brewers’ margins. Miguel Buling, the partner who handles the finances, saw this when the group – which includes Brett Lim – considered committing themselves as well as more capital to the business.

“Guys, hindi tayo yayaman dito, for sure (Guys, we won’t get rich by doing this, for sure),” Buling told them. “You still want to do this?”

The answer then was yes. And whatever second thoughts they have are washed down when they walk into a bar or think of other jobs.

“When you walk into a room you feel like you have the coolest job among anyone there,” Taruc says. “First and foremost, we’re beer lovers. So we’ll make beer that we love, and if nobody likes it, we’ll drink it.” – Rappler.com