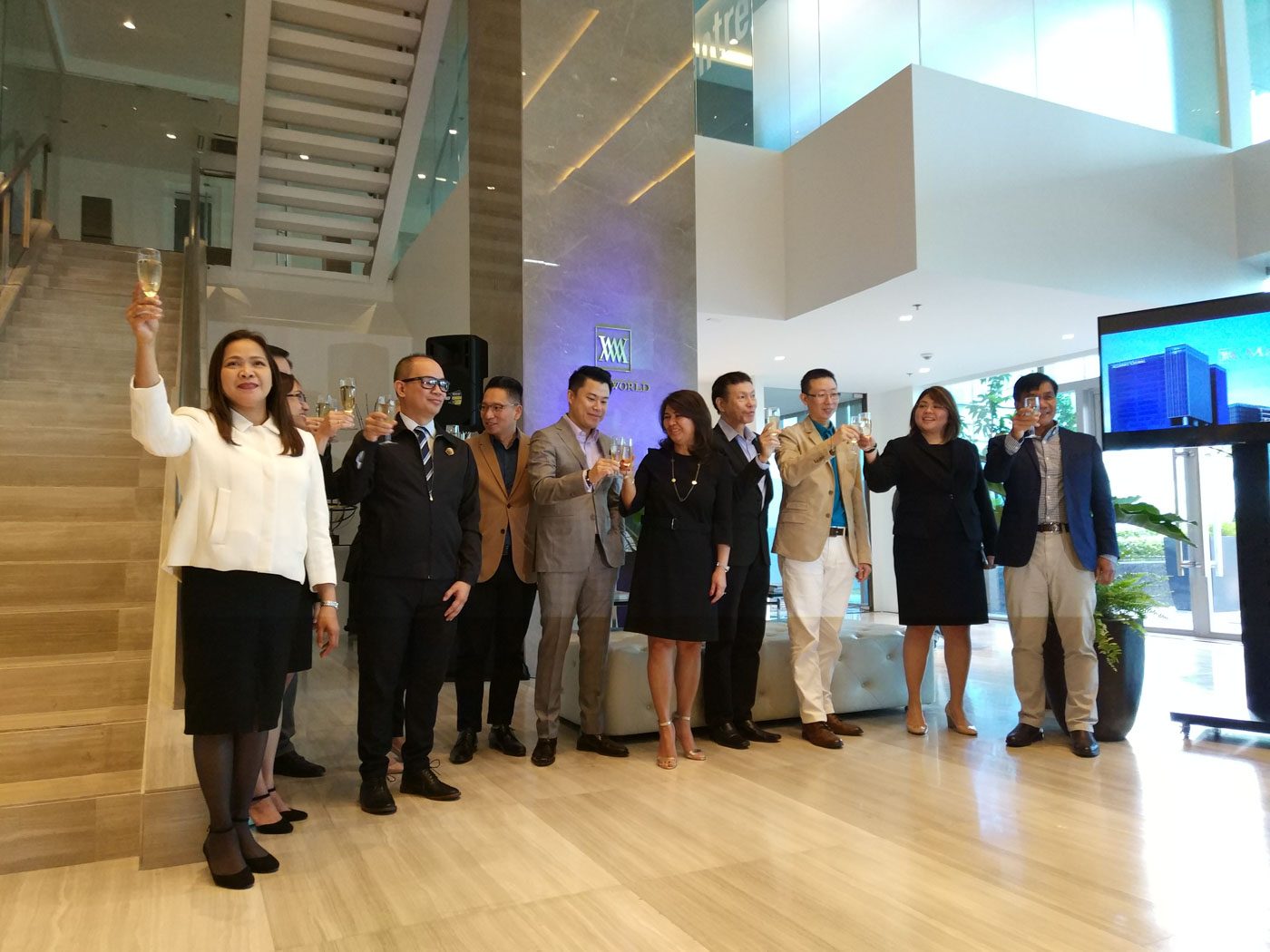 MANILA, Philippines – Andrew Tan-led Megaworld Corporation, a firm that made its name developing estates or townships and office spaces for other companies, has finally moved into an office building of its own.

The property developer formally launched its own headquarters, nestled in its 15.4-hectare Uptown Bonifacio township in the northern part of Bonifacio Global City (BGC) on Wednesday, September 27.

The 30-story building, called the Alliance Global Tower, is named after Andrew Tan’s holding firm but was built specifically for Megaworld and its subsidiaries, including Empire East and Global-Estate Resorts Incorporated. It will house some 3,500 employees.

With the new tower, the 28-year-old Megaworld finally moves into a building that it owns, as it used to lease office space at The World Centre in Makati City.

“BGC in general is a fantastic address and our Uptown Bonifacio development is really coming into full swing so I think that now, more than ever, was the best time to really move in,” said Megaworld executive director Kevin Tan, son of chairman Andrew Tan, at the headquarters’ launch.

“Our company is growing quite fast and we are expanding all over the Philippines so obviously our workforce is growing, so we thought it was the best time to really consolidate our operations into this one tower,” he added. The tower provides 53,248 square meters (sqm) of office space and has nearly 100 meeting and conference rooms as well as training and testing rooms. It is also directly connected to Megaworld’s Uptown Mall.

The new office tower is LEED-certified as well, featuring an integrated façade mechanical design for highly-efficient energy consumption. Its features also include a medical clinic, shower rooms, and a helipad.

Last May, the building won the Best Office Development Award at the 2017 Philippine Property Awards.

Megaworld had mapped out a plan in 2013 to spend around P65 billion in 10 years to fully develop its Uptown Bonifaco township, which Tan estimated is about 30% complete.

“We still have a long way to go. We still have a substantial land bank in this [northern] part of BGC and we have some plans already to build more offices. While we’re still feeling the market, we will definitely focus on offices because there’s a huge demand for grade A office space in BGC.”

Including Uptown Bonifacio, Megaworld has 3 other estates in the BGC area covering around 105 hectares of land. Tan said the firm has finished 4 office buildings in Uptown Bonifacio, including Alliance Global Tower, all of which are built on top of the centerpiece mall.

The Megaworld executive director also noted that they are set to unveil their 5th tower in the township, an office building that will be geared towards business process outsourcing (BPO) companies, by next year.

Beyond this, they are also constructing 6 other office buildings across the country at the moment.

“The demand for office space is coming from BPOs as well as Philippine offshore gaming operators (POGOs) with about 60% of new leases coming from existing tenants that are expanding,” Tan said.

Megaworld saw its net income jump by 11% to P6.69 billion in the 1st half of this year, driven mainly by revenue from its office and mall leasing operations. – Rappler.com