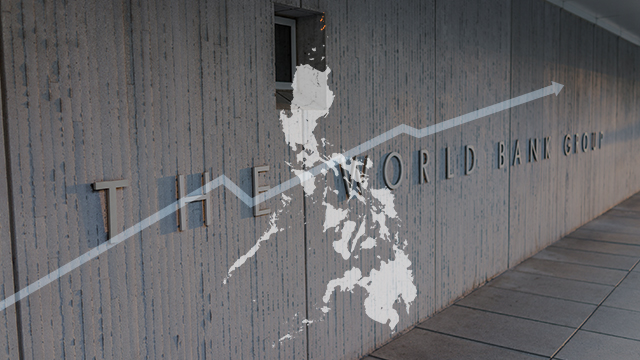 MANILA, Philippines – The World Bank lowered its projections for the Philippines’ economic growth once again, due to a spending program that has been slow out of the gates.

In its East Asia and Pacific Economic Update October 2017 released on Wednesday, October 4, the multilateral institution downgraded the Philippines’ gross domestic product (GDP) forecast to 6.6%, from the 6.8% it forecast last July which itself was down from the 6.9% projected back in April.

The Philippine economy grew by 6.4% in the 1st half of 2017, with growth in the 2nd quarter picking up from the slow growth at the start of the year.

“The Philippine economy had a slower start in 2017 compared to 2016, when government’s election-related spending and front-loaded private investment fueled growth in the 1st half of the year,” the World Bank said in its report.

“In 2017, the economy is projected to expand at a slightly slower pace than 2016, at 6.6%. The delay in the anticipated push of the planned government infrastructure program has been contributing to the moderation of fixed capital formation growth, softening the growth prospect for the year.”

The government’s P9-trillion infrastructure spending program, called Build, Build, Build, failed to push the economy in the 1st quarter of 2017, although it started to make its presence felt in the 2nd quarter, along with a recovering agriculture sector.

The country’s economic managers are also pushing for stronger revenue-generating measures for the Senate version of the tax reform bill, which is seen as critical to generating the funds needed to boost infrastructure spending.

Despite the latest cuts, the World Bank maintained that the medium-term outlook for the Philippines remains positive.

“Growth is expected to be anchored on its main trading partners which would lead to higher external demand, while imports would remain elevated due to necessary imports of intermediate and capital goods, including for the infrastructure program,” the World Bank said.

The World Bank added that “local elections in 2019 will likely boost domestic activities as early as the latter half of 2018.”

It also projected that poverty in the country, based on the lower middle-income class line, would decline to 22.9% in 2018.

“The pace of poverty reduction may drop slightly in the face of slightly lower overall growth,” the World Bank said, “but poverty is expected to continue to fall as the economy continues its structural transformation.”