Defiance in Britain over new £1 coin as deadline looms 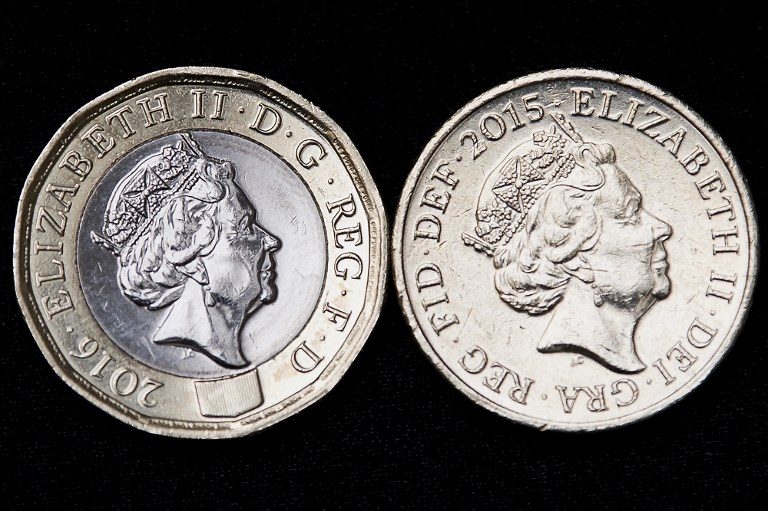 LONDON, United Kingdom – Britain’s old one-pound coin is being phased out completely on Sunday, October 15, but businesses complain they have been given too little time to switch to the new one and many are planning to defy the deadline.

Around 1.2 billion old round coins have been withdrawn from circulation but about 500 million are remaining with less than a week to go.

“The changeover period has been fairly short,” said Mike Cherry, National Chairman of the Federation of Small Businesses.

“It would help if small firms knew they were allowed a short transition period to collect the old coins if they wish to, and are willing to bank them.”

Poundland, a chain of shops where almost all items cost £1, extended the period during which its customers would still be able to pay with the old coin until October 31.

The country’s main banks, Barclays, Natwest, Lloyds and Santander and the Post Office have also announced that they will continue to accept the round coin after October 15.

‘A sense of value’

The Royal Mint, the official agency that makes the British currency, created the new coin in an attempt to combat fraud, with 3% of the old coins – or £45 million – deemed to be counterfeit.

The outgoing round coin, of which two billion were minted, first appeared in 1983 in an attempt to cut costs by replacing the one-pound note.

The new coin, of which 1.5 billion copies have been made, is “the safest in the world,” said Kevin Clancy, director of the Royal Mint Museum.

Security features on the new coin include 12 sides, a bi-metallic composition, a holograph, and tiny lettering called “microtext” around part of the design.

Two different colored metal alloys, based on nickel and copper, also make it easier to distinguish between fakes and genuine coins.

The new piece, at 2.8 millimeters (mm) thick, will be thinner than its 3.15 mm predecessor, but will remain the thickest British coin in circulation.

“The idea of having a thicker coin, back in 1983, when the round one-pound coin was introduced, was to give it a sense of value,” said Clancy.

“With the new one-pound coin, we continued with that approach.”

The coin will also have a new design on its “tail” side, created by 15-year-old David Pearce, who won a competition origanized by the Treasury.

His drawing depicts a rose, a leek, a thistle, and a clover – the symbols of the 4 nations of the United Kingdom – surrounded by a royal crown.

On the opposite side is a new portrait of Elizabeth II, the 5th to decorate a British coin.

The new coin, which was put into circulation on March 27, is supposed to fully replace the old one, which will no longer be legal tender, on October 15.

The authorities have therefore intensified efforts to encourage people either to spend their old coins or change them at the bank.

But many institutions across the country may still accept payments with the old coin after the cutoff date, although they will no longer be able to use it when giving change to customers.

The transition to the new currency could nevertheless cause some difficulties.

Supermarkets Tesco and Sainsbury’s have not yet adapted their trolleys to take the new coin, according to the Daily Telegraph.

Rail travelers are also expected to face problems, with automatic ticket machines of certain companies, including Southern, Great Northern, and the Gatwick Express, not able to take the new coins. – Rappler.com