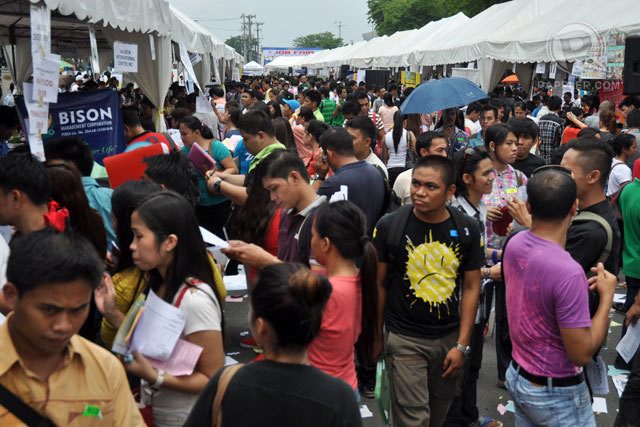 MANILA, Philippines – The Social Security System (SSS) plans to provide benefits for its members who are unemployed – without fault of their own – under its proposed SS Reform Act of 2017.

SSS Chairman Amado Valdez said in a statement on Sunday, November 5, that they are conducting a feasibility study on unemployment insurance, as part of the pension fund’s proposed charter amendment.

“The partnership between private insurance companies and the SSS will ensure that SSS members who are unemployed, without fault of their own, will be given the necessary benefits to cover for situations where no employment is available,” Valdez said.

The SSS said the proposed program was backed by representatives of the International Labor Organization (ILO), Department of Labor and Employment (DOLE), Insurance Commission (IC), and Insular Life in a recent exploratory meeting.

“The vision for an unemployment insurance program enlivens the principle of patria potestas (power of a father), which the SSS exercises over its members,” Valdez said. (READ: SSS collections rise to over P52 billion from January to April)

According to Valdez, ILO representatives Hideki Kagohashi and Khalid Hassan said the SSS should further look into some areas to ensure the efficient implementation of the program.

These include coverage protection, qualifying conditions, duration of the benefit, type and level of the benefit, institutional setup, as well as the conduct of actuarial studies for the SSS and the potential private insurance company.

DOLE and IC representatives, meanwhile, advised the SSS to consider views both from employers and employees, as well as study regulations to be used for the implementation of the program.

Valdez said the chances of workers becoming unemployed in the future are increasing due to the use of artificial intelligence (AI) or robots to perform human activities.

Speaking before labor groups in Laoag, Valdez had said that the international community sees some laborers being replaced by AI in the next 5 years.

“That’s the fear we have at SSS,” he said. (READ: Artificial intelligence reinventing banking in PH)

(How will our countrymen thrive if robots are there? In Japan, the working-age population is declining, that’s why they are trying to perfect robots that can follow commands.)

Valdez also said that under the unemployment insurance program, those who are unemployed will be given enough funds for retraining or developing skills so they can find other jobs.

“What’s in it for SSS? When you are working, there is contribution, there are savings. If you are not working, that’s the time SSS will suffer and die. So there is really a synergy in what we are doing. The contributions you make will take care of you at a time that you need it most,” he explained.

The unemployment rate in July 2017 was estimated at 5.6%, slightly higher than the 5.4% in the same period a year ago, data from the Philippine Statistics Authority showed. – Rappler.com