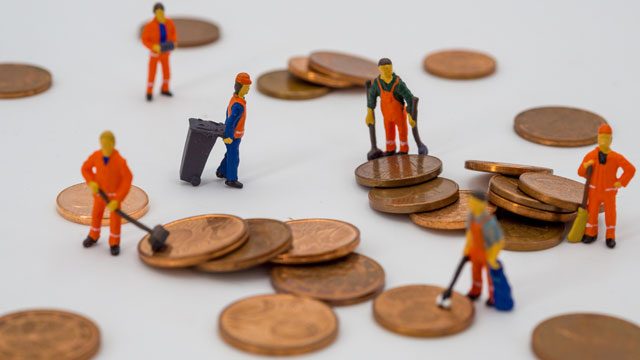 The Senate has already passed its version of the Tax Reform for Acceleration and Inclusion (TRAIN) bill. Will small businesses benefit from TRAIN? Were your proposals considered to make sure we support the fast-growing micro, small, and medium enterprises (MSMEs) in the country?

Yes. I am very happy to say that our government listens to us taxpayers. When we proposed a simple and lower tax for small businesses, the Department of Finance (DOF) already included it in the pipeline for comprehensive tax reform.

Our initial proposal is to introduce a flat 10% tax based on gross from small businesses. In the Senate version of TRAIN which was approved on final reading on November 28, they proposed an 8% flat tax in lieu of business and income tax for small businesses.

However, after further study of our proposal, I realized that some large corporations are only paying an effective rate of 5% or lower due to tax planning or tax avoidance schemes, while the Bureau of Internal Revenue (BIR) is using as well a 5% threshold for value-added tax (VAT) and income tax payment. So, why not allow small businesses – which we proposed to be those making P5 million and below in annual gross sales – to pay a flat 5% tax to be filed and paid annually to encourage voluntary compliance?

Further, as reiterated in our letter to our senators, we are proposing an exclusive Salary Tax table so we can collect more from self-employed individuals and professionals with the simple and lower tax rate of 5% and 15%, respectively.

In an interview, you were quoted as saying that self-employed individuals and professionals are not paying the right taxes. Is it true that only employees are burdened by our high income tax rate?

Based on the presentation of Marikina 2nd District Representative Miro Quimbo during our Tax Forum early this year, he highlighted that 99% of employees are paying taxes while only less than 50% of self-employed individuals and professionals were complying.

Based on the 2015 annual report of the BIR, 82% of our income tax collections are coming from withholding taxes of employees. This clearly shows that due to the high income tax rate, our hardworking employees have been burdened for the last 20 years while self-employed individuals and professionals have chosen either not to register or not to pay their taxes correctly.

Since you are working closely with BIR Commissioner Caesar Dulay on tax administration reforms, have there been significant improvements which directly benefit our small businesses? Will the Seal of Honesty (SOH) Certification Program really help stop corruption in the BIR?

Yes. I am proud to say that we have a very honest and good BIR chief. Commissioner Dulay has been very open to all our proposals for simplifying tax compliance, broadening the taxpayer base, and increasing voluntary compliance to stop corruption in the BIR.

He has released several issuances, from the suspension of the tax audit in his first 3 months to assess its efficiency and impact on our revenue collections, to the reduction of documentary requirements to speed up transactions in the BIR, and creation of the medium-size taxpayer group to focus on assisting small businesses in the Revenue District Offices.

As reiterated by Commissioner Dulay during the launch of the Seal of Honesty, we need to help collect the right taxes and stop bribing examiners to promote integrity and honesty in the BIR. We need to pay our taxes correctly and on time.

The SOH Certification Program aims to provide incentives to taxpayers who will qualify and receive the SOH after the filing of annual income tax returns in April 2018. For more information, visit www.sealofhonesty.ph. – Rappler.com