UnionBank sets out to hack PH banking with digital transformation Aboitiz-led Union Bank of the Philippines, like most of the big banks in the country, is embracing the possibilities of going digital.

What may be different is the extent to which UnionBank has bet its future on transforming themselves.

“We’re going all in as far as digital transformation in concerned. As a bank, internally we have to change the bank totally, ” said UnionBank President Edwin Bautista in an exclusive interview with Rappler.

This is why Union Bank is in the process of changing its entire technology infrastructure to accommodate straight-through processing as well as retooling their processes and personnel.

“The whole world is changing, everything is on a smartphone. People expect a different experience. People are used to downloading apps or e-commerce and streaming movies. That’s the lifestyle of today and in the future everyone will be doing that.”

This technology requires straight-through processing – a system that enables a transaction to go through quickly after a button press on one’s device.

This isn’t as simple as simply building an app however.

Transactions of this sort would not go through without the proper back-end, which in the past entailed an army of people encoding the transaction

“We need to stitch a complete digital flow from your device to the bank to the clearing house back to different banks back to the phone all in that one click. For that to happen we have to retool everything on the back side,” Bautista said.

This is why UnionBank is retooling its branch services to focus more on higher margin transactions such as financial advising for loans or investment rather than on smaller transactions like deposits or withdrawals.

“In the past we have been trying to push customers out of the branch because its a high cost transaction,[due to the amount of tellers needed. So we have been pushing them to our electronic channels. In the future our problem is going to be the minute they stop going to the branch how are we going to engage them. That’s the challenge.”

This would involve training more people to give financial advice and less processors or tellers although Bautista noted that existing personnel would be retrained and not let go.

Bautista said “the entire transformation would take 18 months to lay the foundation to be able to provide a digital experience but he added that even with this customers may not be ready”.

That is why the bank has created the country’s fully digital bank branch called Ark.

The branch shows all of the hallmarks of this on-going transformation: it has no queues, no slips of papers with numbers on them, and no bank tellers. 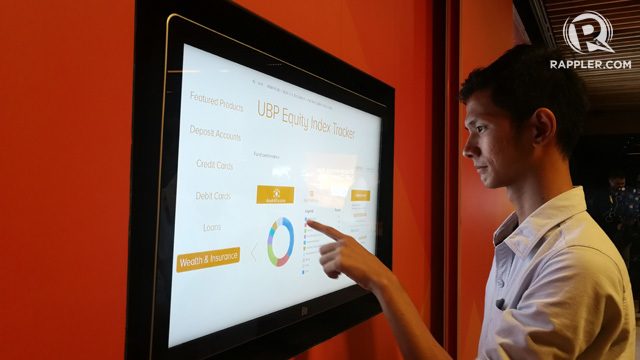 “The thing with digital is that whole infrastructure has to be digital all the way. Its reaching out to the customer that you manage when you are partly digital, so you are face to face and over time that face to face will decline,” Baustista explained.

UnionBank’s head of experience, Ana Aboitiz, added straight-through processing has allowed them to cut the time it takes to open a new account on an iPad. It is now down from an hour to 5 to 10 minutes.

“Today we’re getting between 40 to 70 transactions a day. The Ark is a test for us. We’re working on the plans for the next Arks and what components of the Ark we can take to the rest of our branch network,” she added.

At the moment, more than half of UnionBank’s transactions are fully electronic through automated teller machines (ATMs) and the Internet. A full 30% of new credit card applications are also now fully digital with Bautista noting that “these are people we probably have never met.” 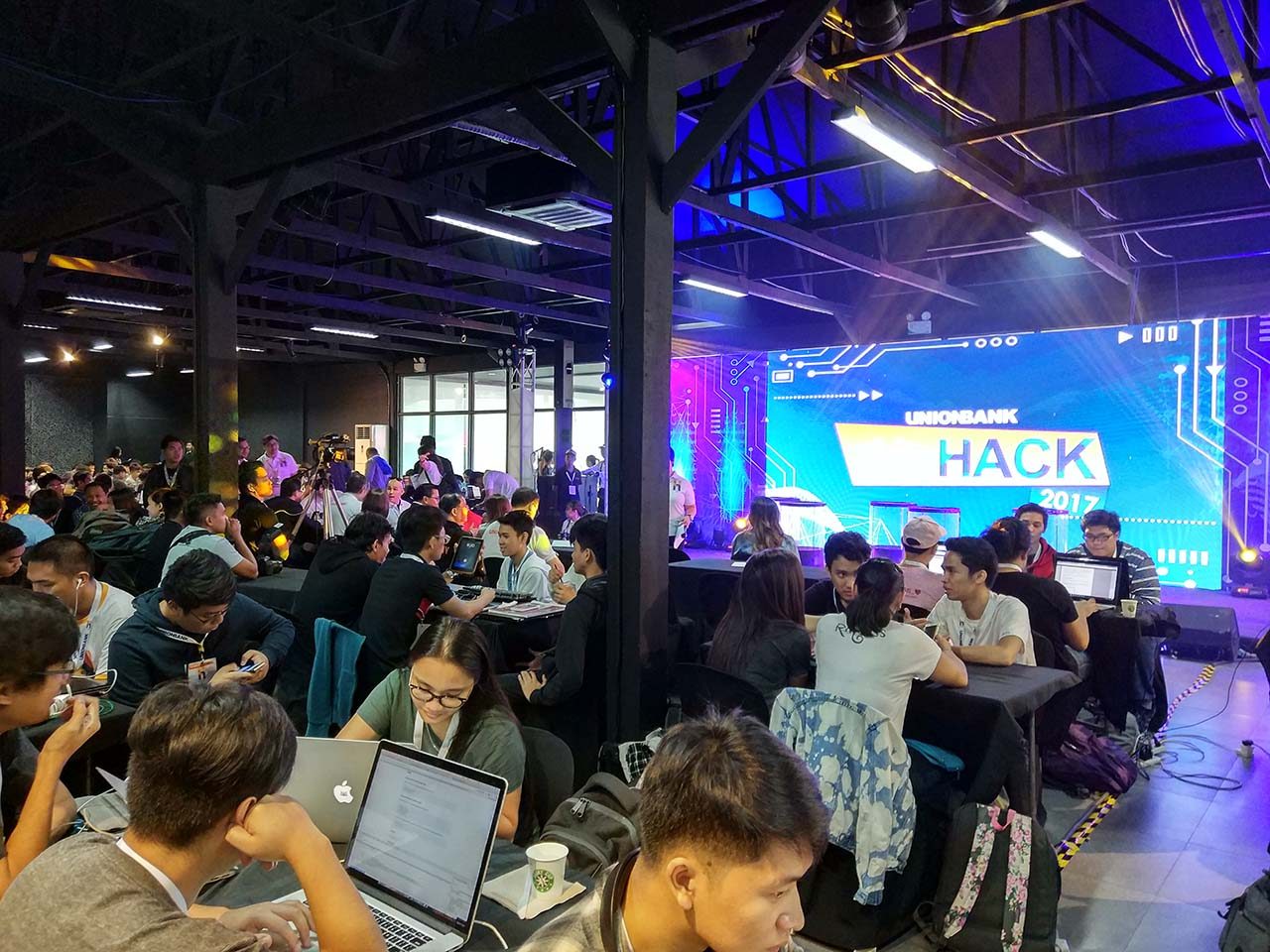 Technology to the under served

In addition to the next potential game-changing programmer, UnionBank is also reaching out to established financial technology companies (fintechs) to see if they can incorporate their technology into its digital transformation.

These would in, some cases, involve partnering with them if a synergy is found as these startups can bring some much needed perspective.

“As a bank we recognize that sometimes our biggest enemy is ourselves. [The startups} have access to technology in the same way we do but since we’ve been schooled as bankers we’ve been taught to do things in a certain way… We’re trying to do something about it,” Bautista said.

Financial technology companies focus on serving those who don’t regularly use banks in a specific fashion. Specifically, they are working to allow people without credit cards to make payments, and to provide access to small loans which can grow businesses.

Both aspects are intertwined as well as the payments portion, since it targets an often ignored sector, provides the bank with information that is crucial in assessing whether or not to give them a loan.

“The reason people at the bottom of the pyramid are ignored by banks is because banks traditionally lend on the basis of financial statements and the unbanked have none…payments give you information that you can harnesss to drive credit,” Bautista explained.

The telcos, after all, have more customers than the banks and Globe has already started to scale up its payments system through partnering with China’s Ant Financial. Smart, meanwhile, has its own Paymaya system.

Bautista however added that the pie is big enough and that “from their pronouncements it does not seem like the telcos want to lend directly and are probably more focused on the payments space so there is still room for a bank on the credit side”.

The UnionBank head also pointed out that focusing on specific sectors or regions rather than trying to dominate the whole market may also help banks in the long run.

“The bottom-line always is that the more specific your offering is, and the more relevant, the stickier it will be,” he said.

Threat of a foreign digital bank

The real threat to banks that Bautista sees on the horizon is not telcos muscling into their space but foreign banks coming in fully digital.

This is because the foreign bank liberalization act now allows foreign banks entry into the coutnry.

In this Bautista noted how Singapore-based DBS entered India as a fully digital bank and got 1 million customers in just one year.

Aware of the threat, the bank decided to re-launch its old brand Eon as its fully digital bank arm in March of this year

Bautista pointed out that firm is also using EON as a testing ground and it currently has 175,000 customers.

“My bet is that by the end of 2018 we’ll have at least 1 million customers as a lot of deals in the pipeline”. he added.

Fittingly for an overall strategy that is future focused, EON is being position firmly towards millennials. – Rappler.com