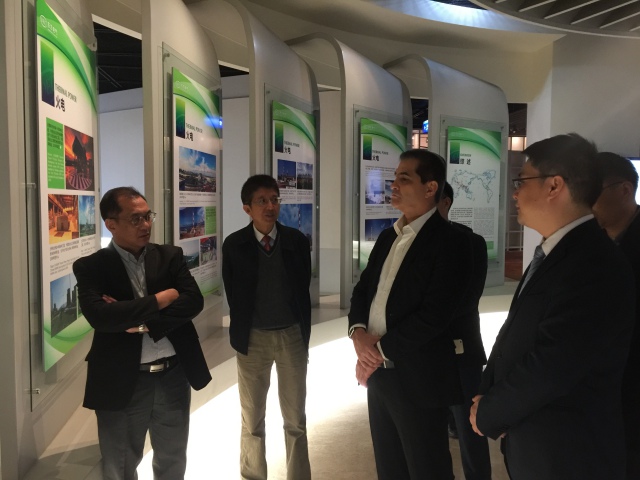 MANILA, Philippines – The privately-held construction arm of the Aboitiz Group is exploring business opportunities in China to make the most of warming ties between China and the Philippines.

The trip aimed to strengthen the two Chinese firms’ interest to partner with Aboitiz Construction, mainly for power projects and other infrastructure projects in the Philippines under the government’s ambitious Build, Build, Build program.

“At home or abroad, Aboitiz Construction will continue to pursue opportunities that will allow us to advance business and communities through our various projects, as well as put us on track to being the contractor of choice by completing projects on time, on budget, safely, and within specifications,” Aboitiz said in the statement.

Aboitiz said the visit has resulted in offers for partnership from both companies. (READ: Duterte infra: Bigger, more imperial and China-linked)

Dongfang Electric, meanwhile, is one of the most influential enterprise groups under the direct administration of the Chinese Central Government.

For over half a century, it has become a comprehensive group specialized in the manufacturing industry, research, and development of cutting-edge technology.

Aboitiz Construction is a newly-formed unit of the Aboitiz Group, which has a regular workforce of over 600 engineers, technicians, and administrative professionals, supported by a ready pool of over 5,000 personnel. – Rappler.com