The Philippines’ biggest business deals in 2017

Dec 28, 2017 3:00 PM PHT
Facebook Twitter Copy URL
Copied
The country's conglomerates have acquired everything from digital payment tech to coal power plants this year, as they acquire the tools they hope will shape the economy’s future 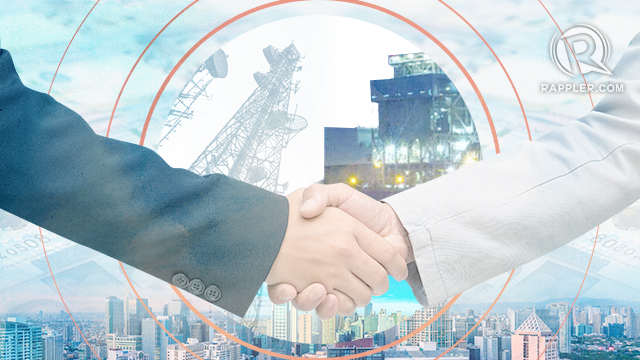 The country’s economic renaissance continued in 2017, and the top dogs of Philippine business – the conglomerates – have taken full advantage.

They have been wheeling and dealing, creating partnerships, merging and acquiring everything from digital payment platforms to logistics to coal-fired power plants.

While some observers may shrug it off as just the big boys moving money around, it is worth taking note of because the conglomerates affect so many aspects of Philippine life, from banking, food, telecommunications, even electricity.

What gets decided in the most exclusive boardrooms in the nation eventually affects how people live all across the archipelago.

Here is a look back at the standout deals of 2017.

It is perhaps the most recognizable deal of the year, if only for the stardust that Alibaba Group’s founder Jack Ma brought to it. (READ: Jack Ma’s Ant Financial invests in Globe’s Mynt)

The deal saw Alibaba unit Ant Financial – the world’s most valuable financial technology firm – take up a 45% stake in Globe Telecom’s Mynt, with Globe taking a matching stake. The remaining 10% was taken up by Globe’s parent firm, Ayala Corporation.

The impetus behind the deal was to scale up Mynt’s digital wallet, GCash, and allow it to dominate the country’s nascent digital payments industry using Ant Financial’s technology and know-how.

“The Ant deal will allow us now to have more capital in driving financial inclusion through proliferation of mobile payment, micro lending, and other services,” Globe CEO Ernest Cu said earlier this year.

Its main fruit so far has been the launch of GoPay, GCash’s QR code scan-to-pay feature – the launch of which even saw Jack Ma fly into the country to oversee it personally. 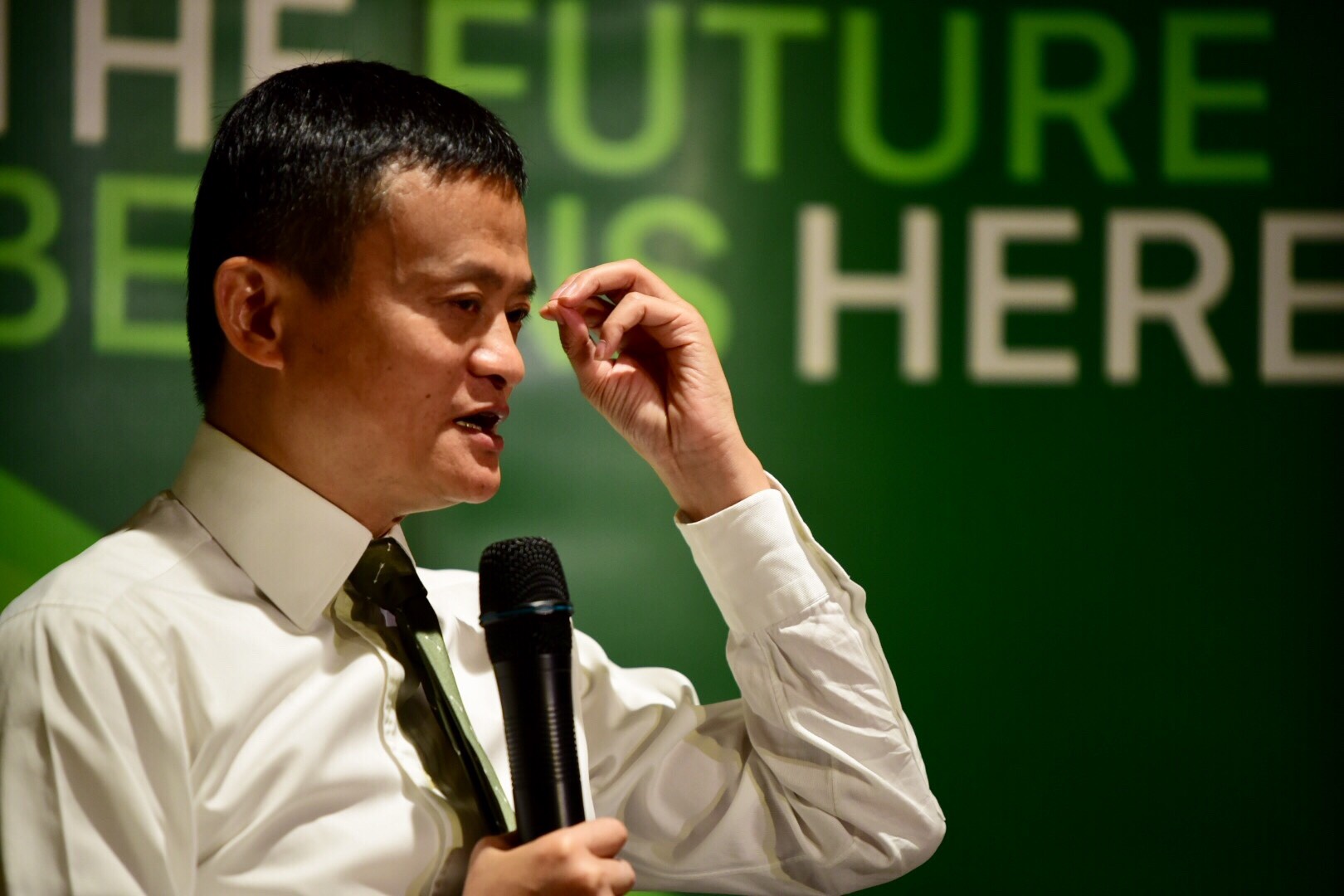 For consumers, this means that one can now pay for items using nothing but their mobile phone at partner outlets.

Mynt is also moving in terms of scale, with the firm saying it now has round 4,000 QRs deployed nationwide has partnered with some high profile retail players to accept the feature. These include Ayala Malls, Robinsons Department Store, SM Malls, Megaworld Lifestyle Malls Cinemas, Puregold, Ministop, and NCCC Malls.

Other places where GCash can now be used to pay include the Max’s Group of Restaurants, and clothing shops under the SSI Group and the Bench Group.

The deal headlined a wider theme of conglomerates diving into digitalization.

Beyond the Ant Financial partnership, the Ayala Group also acquired 49% of online shopping platform Zalora to bolster its presence in e-commerce as well as the logistics system that underpins it.

Keeping pace, the Gokongwei Group through JG Summit has also invested in Singapore-based Internet platform Sea Limited with a $550 million round earlier this year. Sea Limited, formerly Garena, operates the Shopee e-commerce website and is one of Southeast Asia’s unicorns, or firms valued at over $1 billion.

The Gokongwei Group’s other holding firm, Robinsons Retail Holdings Incorporated, also took a 20% stake in online beauty platform BeautyMNL in order to expand and strengthen its presence in the beauty market and e-commerce space.

As for brick and mortar retailing, Phoenix Petroleum’s Dennis Uy turned heads this year by acquiring the local franchise of FamilyMart from the Ayala Group and the SSI Group.

The rationale behind the acquisition was to boost Phoenix Petroleum’s main retail business and its current network of 518 as stations nationwide.

Coming right at the tail-end of the year, the $1.9 billion deal was the biggest deal of this year and one of the biggest in Philippine business history. 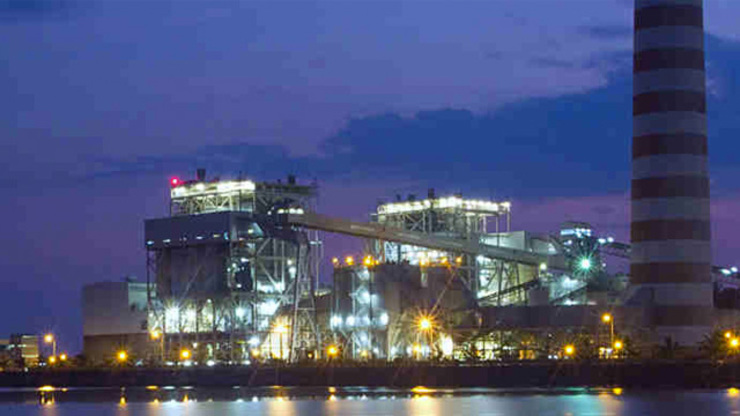 “The additional power assets provide us an opportunity to increase our footprint in clean coal technology that provides reliable and affordable power, particularly in Luzon,” said SMC President and COO Ramon S. Ang, during the deal’s announcement earlier this month.

Indeed, the move – if approved by the Philippine Competition Commission – will make SMC the country’s largest power player, adding 975 MW to its existing installed capacity of 3,340 MW.

The acquisition may also see the company alter its power strategy.

Prior to the deal, SMC Global Power had planned two 600 coal-fired power plants: one in Pagbilao, Quezon planned for 2021, and the other in Mariveles, Bataan planned for 2020.

SMC recently disclosed to the stock exchange that both projects are on hold due to the acquisition.

Questions also remain about how SMC will finance the ambitious deal. The company also disclosed to the stock exchange that it intends dive into the capital markets to borrow up to 70%, or around $1.3 billion of the amount.

The SMC acquisition was not the only reason Ang, who has a well-worn reputation for big deals, hit the headlines. (READ: Meet Ramon Ang, filipino billionaire and Duetrte’s friend)

In July of this year it emerged that he was eyeing a majority stake in the Inquirer group, which controls the Philippine Daily Inquirer, the country’s top newspaper.

This came as the Prieto family had been the subjective of repeated threats from President Rodrigo Duterte. The deal eventually went through in November of this year, with Ang promising that the Inquirer would continue to uphold the highest journalistic standards and make a difference in the society it serves.

With mom-and-pop stores and big retailers able to launch e-commerce sites relatively easily, a new opportunity arises for logistics to fill their modern supply chain needs. SM Investments Corporation, the Philippines’ dominant retailer, was one of the local conglomerates who first realized this opportunity.

Back in April, SM Group marked its entry into logistics after it bought a substantial stake in the country’s largest logistics provider 2GO Group Incorporated.

The Sys, whose patriarch has been the Philippines’ richest man for a decade, paid $124.50 million – or around P6.2 billion – to own 34.5% of 2GO’s parent company, Negros Navigation Company Incorporated (NENACO). 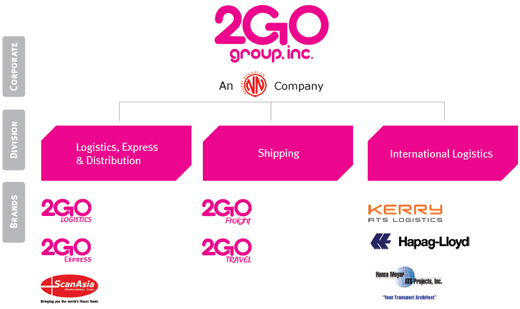 The acquisition is part of SM Group’s strategy to cash in on the fast-growing e-commerce, which has been threatening malls’ foot traffic. SM has a portfolio of 67 malls in the Philippines to date.

Before buying into 2GO, SM Group had taken initial steps into e-commerce by partnering with online platform Lazada.

Other local conglomerates have also placed their bets on the logistics sector.

Other than MPIC and SMIC, Ayala Corporation has also made moves of its own into e-commerce by acquiring online fashion platform Zalora, in a bid to create online and offline retailing synergies.

The government had accused Mighty – the Philippines’ number two cigarette manufacturer – of using fake tax stamps to get out of paying excise taxes.

The Department of Finance had even described the case as the country’s biggest-ever tax settlement.

JT, whose brands include Winston and Camel, has long been scouting for international markets to counter declining sales in Japan due to the intensifying competition in the e-cigarette market.

Mighty holds 23% share of the Philippine cigarette market. Before the Mighty deal, JT had announced it was buying Indonesian cigarette maker PT Karyadibya Mahardhika and its distributor for $677 million. – Rappler.com