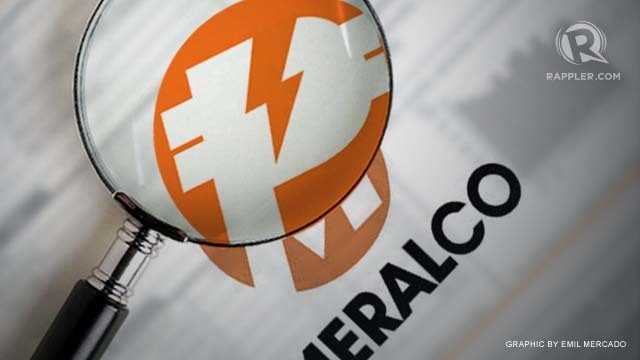 MANILA, Philippines – The tax reform package is many things, and one is an additional 8 centavos per kilowatt hour (kWh) on electricity rates for 2018.

A Manila Electric Company (Meralco) official provided that estimate when asked about the full impact of the Tax Reform for Acceleration and Inclusion (TRAIN) law, which took effect on January 1 this year. (READ: Filipinos to feel impact of higher fuel tax starting mid-January)

“If we use November 2017 dispatch levels…excise tax of coal and oil is around one centavo while the VAT (value-added tax) on transmission charge is 7 centavos. The total is 8 centavos,” said Meralco head of utility economics Lawrence Fernandez.

The additional 8 centavos per kWh will likely be seen starting with the February bills of customers of Meralco, the country’s largest power distributor.

If generating companies and the National Grid Corporation of the Philippines (NGCP) incorporate the impact of TRAIN into their billing to distribution utilities in January, end-users would see an increase in their February bills, said Fernandez.

Meanwhile, the impact of VAT on the transmission would be on top of excise taxes on fuel and other pending adjustments, like the feed-in-tariff (FIT).

“We are still coordinating with generators to check on their inventories,” Fernandez said. (READ: EXPLAINER: How the tax reform law affects Filipino consumers)

“But with the NGCP, TRAIN is in effect January 1 so we expect they will apply the VAT on transmission wheeling charges. Before, there was no VAT. Under their franchise, they were exempted,” he added.

Fernandez said Meralco does not earn from the pass-through charges such as generation and transmission fees.

Fernandez added that taxes and other public policy fees are collected by the national government. – Rappler.com