If there was a violation, Rappler not given time to cure it – lawyer 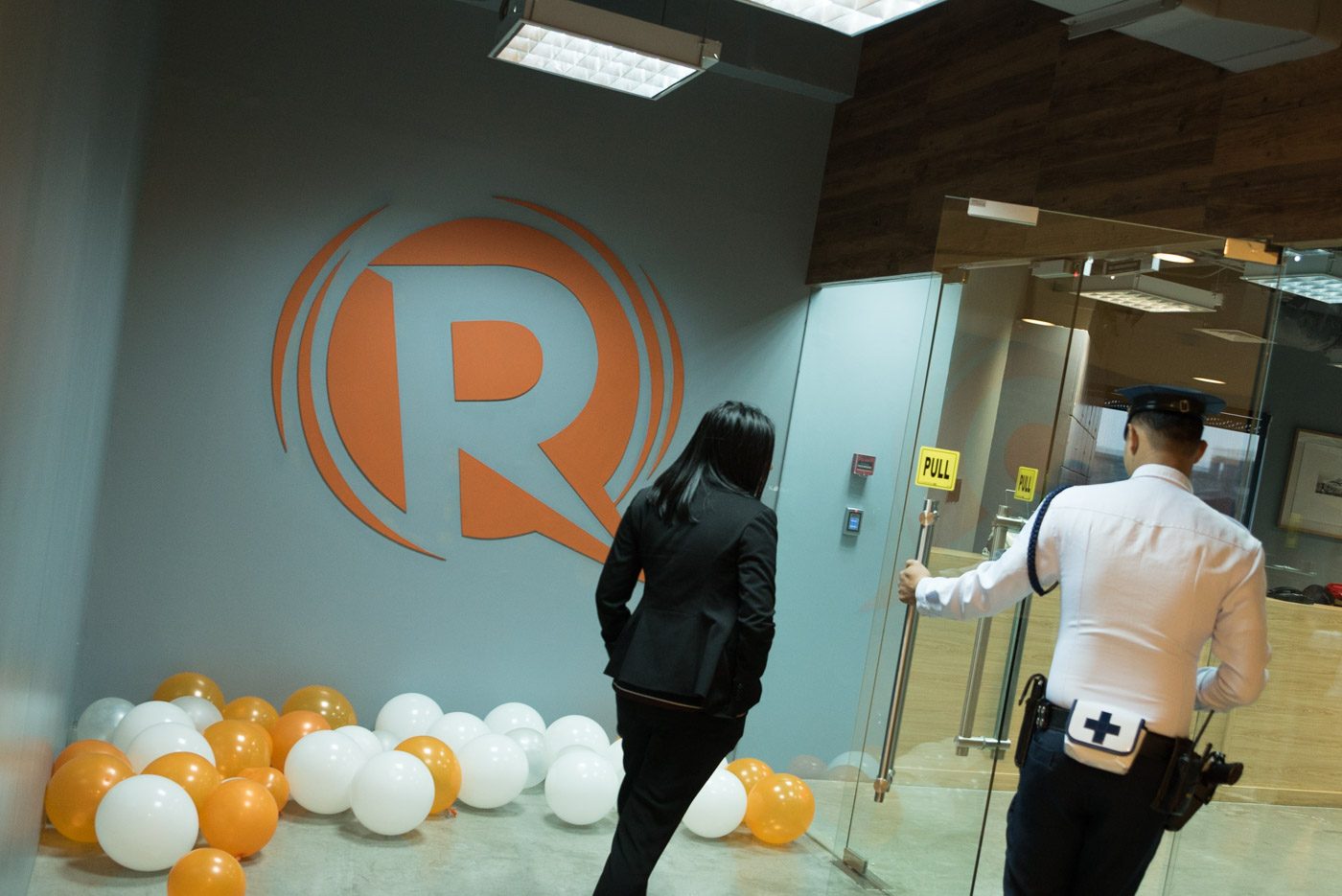 MANILA, Philippines – Unlike similar cases in the past, Rappler Incorporated’s lawyer argued the media firm was not given the time and opportunity to resolve a provision that allegedly violated a constitutional rule.

“In my opinion, with due respect with SEC, it was too much. A careful reading of the questioned provision [shows that it] does not give control to foreign investor,” Rappler lawyer Francis Lim said in an interview. (READ: SEC decision to revoke Rappler’s license ‘too severe’ – lawyer)

He cited a Supreme Court (SC) decision on the case of Gamboa v Teves promulgated on June 28, 2011. The decision was made after a petition from a former dean of the Pamantasan ng Lungsod ng Maynila (PLM) alleged that the foreign ownership guidelines set by the SEC in 2013 were “tailor-made” to allow PLDT Incorporated to skirt the law limiting foreign ownership in public utilities to 40%.

“In that SC decision, it was Teves v Gamboa, the SC equated control with the power to elect board of directors, which under the corporation code means it has the power and control [of] the corporation,” Lim added.

But for SEC spokesperson Armand Pan, the “curing period for PLDT and others was an offshoot of [the] Supreme Court decision in the Gamboa [v Teves case],” citing Section IV of SEC Memorandum Circular 08 (2013).

Section IV of the memorandum states “all covered corporations not compliant with constitutional ownership shall be given one year from effectivity of the Circular to comply with ownership requirements.”

Rappler’s legal counsel said there was nothing in that Gamboa v Teves decision, which asked the SEC to give a curing period to PLDT. “But SEC did.”

“There are other stakeholders involved, employees, stockholders, and the reading public. They are being prejudiced. Why do you punish these people over something they are not responsible for? If the articles of incorporation are revoked, you guys will lose your job, the stockholders will lose their property ownership, invested money, time and efforts,” said Lim, who is also a senior partner at Angara Abello Concepcion Regala & Cruz (ACCRALAW).

He also pointed out that all the directors, stockholders, and management staff of Rappler Inc and Rappler Holdings are Filipinos. “There are no foreigners.”

Lim questioned why the SEC jumped to the most severe penalty, which is the revocation of incorporation papers, when there could have been other remedies.

“They could have declared null and void that particular provision. Anyway, provisions are separate from one another. What is prohibited by the Constitution is ownership and management of media by foreigners. The question is did the Omidyar PDR give ownership over Rappler Holdings or Rappler Inc? No,” he said.

“Stockholders remain the same. Voting power remains with the stockholders of Rappler Holdings and Rappler Inc. Why do you revoke? Why do you go to that extreme penalty, kill the company, when there are other measures?” he added.

Lim said the SEC could have given Rappler 6 months to one year to resolve the questioned provision, just like what it gave to PLDT in relation to the Gamboa v Teves case.

“They could have said, okay, you have a defective provision, but I am giving you one year or 6 months from the receipt of the decision to cure the defect,” he added. (READ: Debunking lies about Rappler)

“If I were the SEC, I would have approached this in a creative, pro-business, pro-investor manner,” Lim said.

The Omidyar Network PDR provision in question states Rappler Holdings needs to seek approval of two-thirds of PDR holders on corporate matters. For the SEC, this is a violation of the Foreign Equity Restrictions of the Philippine Constitution.

Lim, however, clarified that the provision only gives Omidyar a ground to give up its investments in case of changes in Rappler’s corporate matters. He pointed out that the provision does not give the foreign investor a veto power.

“This provision only gives Omidyar a ground to give up its investments [in case of changes]. Negative covenance is very common. Although this looks like a veto power, it is not a veto power in the legal sense as we understand it in corporate laws,” Lim said.

But assuming it is indeed a veto power, Rappler’s lawyer said there is a Supreme Court decision, saying a veto power does not amount to ceding control.

“I think it is very clear. It is based on some congressional deliberations. There is difference between control and veto power. That itself is recognized by the Supreme Court as a protective mechanism for investors,” he added.

Back in December 2017, Omidyar submitted a waiver of the provision, expressing its willingness to declare null and void the questioned provision.

But Lim said the SEC disregarded it without informing Rappler. This is because “what was submitted was just a photocopy of the waiver and not a document subscribed by a notary or a Philippine consulate,” the SEC decision read.

SEC chairwoman Teresita Herbosa had argued submitting a waiver is like admitting the violation. Rappler’s legal counsel, however, rejected this.

“No, I saw the submitted waiver. Omidyar was saying, without admitting anything, that just to set aside the issue, we are willing to waive it. Since the SEC raised an issue of it, then the practical thing to do was to waive it. Para mawala yung issue. (To negate the issue). Unfortunately, the SEC did not see it that way,” Lim said.

In just a matter of days, Justice Secretary Vitaliano Aguirre II has formalized his order to investigate Rappler for “possible violation of the Constitution and laws.”

Rappler, meanwhile, will exhaust all legal means to challenge the decision, which it views as pure harassment.

Various media groups and human rights advocates in the Philippines and abroad have also condemned the decision as an attack on freedom of the press. (READ: Stand with Rappler, defend press freedom) – Rappler.com