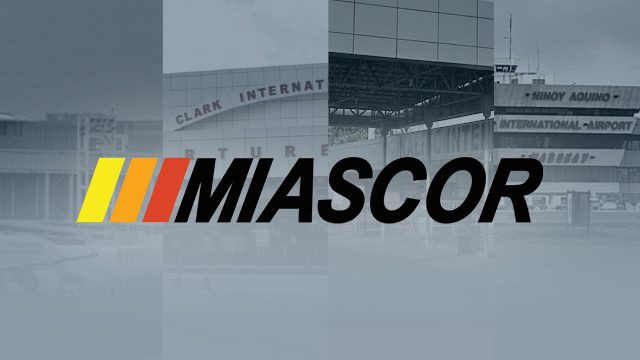 This comes after 6 employees of the ground handing firm at the Clark International Airport were charged with theft in connection to a luggage pilferage incident. The victim involved an overseas Filipino worker whose video of his looted baggage went viral on Facebook.

Duterte personally apologized to Jovenil dela Cruz, an overseas Filipino worker and a victim of luggage theft at Clark airport. He called a meeting with airport and transportation officials to resolve the luggage theft issue on Thursday.

“There was a meeting yesterday in Malacañang. We were called by the Office of the President….The President wants to put a stop to this. S-T-O-P. Kailangang huminto ang ganitong nga pangyayari (These incidents need to stop),” Monreal said in a live press conference on Friday, January 18.

It was on July 8, 2014, when Miascor signed a lease and concession agreement with MIAA. It is the ground handler under contract with airlines that service flights in Clark and handle baggages of passengers.

In the case of the Clark theft earlier this month, an investigation initiated by the Clark International Airport Corporation showed the baggages of Dela Cruz were looted inside the Miascor office at the airport terminal. Miascor compensated Dela Cruz for the lost items, amounting to P82,824, and fired and filed cases against the employees involved.

Airport officials were asked to produce an initial 100 cameras, while security firms were directed by the transportation chief to buy their own, said the MIAA chief.

“Let this be a warning to all players at the airport that one more mistake will put their jobs and businesses at stake,” Monreal added.

Miascor to appeal to Duterte

In a statement last Friday, January 19, Miascor said it will formally issue an appeal to Duterte to “reconsider his position on behalf of almost 4,000 regular employees and their families who will be affected.”

“It is unfortunate that the actions of six erring employees in Clark International Airport have negatively impacted the Company. The recent incident does not define what MIASCOR stands for and how it operates,” the ground handler’s statement read.

Miascor has been in operations since 1974 and has presence in several key airports in the country, including NAIA, providing aviation services.

For its part, Cebu Pacific Air said in a statement that it is working with MIAA and Miascor to ensure smooth transition of airport ground services following the announcement of the non-renewal of the ground handler’s contract.

“The safety and security of our passengers is our highest priority.  We are confident that with the assistance of the airport authorities and other stakeholders that there will be no interruption to service continuity,” the budget airline’s statement read. – Rappler.com