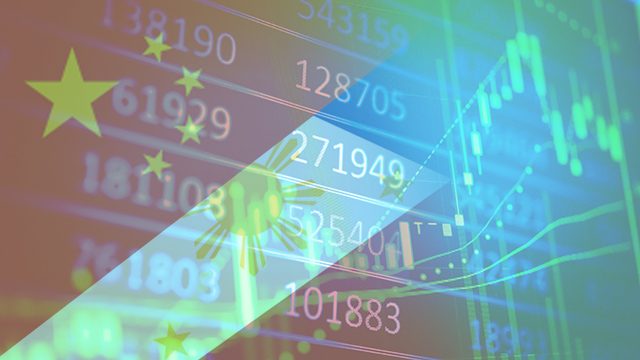 Facebook Twitter Copy URL
Copied
The Philippine economy lags behind China and Vietnam in 2017, but remains the fastest-growing economy in the ASEAN-5

MANILA, Philippines – Despite 19 years of uninterrupted growth, the Philippine economy was still unable to surpass China’s expansion, after the Asian superpower posted a “surprising” recovery in 2017, from a 26-year low in 2016.

In the past 5 quarters, the Philippines registered higher economic growth than China twice: one in the 4th quarter of 2016 and another in the 3rd quarter of 2017.

But when the latest gross domestic product (GDP) results were announced, China was still declared as the fastest-growing economy in Asia, with 6.9% expansion in 2017.

“This stable performance brings our full-year growth in 2017 to 6.7% – a strong finish that keeps our position as one of the fastest-growing economies in Asia after China’s and Vietnam’s,” Philippine Socioeconomic Planning Secretary Ernesto Pernia said in a press conference in Pasig City on Tuesday, January 23.

China, the world’s 2nd largest economy, is undergoing a phase of “creative destruction,” CNBC reported, where active new sectors like digital financial services and e-commerce coexist with still-leading traditional ones like manufacturing.

Under President Xi Jinping, China is bent on prioritizing the quality of development rather than fast economic expansion.

Meanwhile, the Philippines – once called the “Sick Man of Asia” – has been aggressively launching reforms, like updating its tax system and filling the infrastructure gap, to boost its economy, which has been growing for 76 straight quarters.

Philippine GDP been growing above 6% for 6 consecutive years. In the past quarters, the Philippines, China, Vietnam, and India have been in the running for the title of “fastest-growing economy in the world.”

But among the member economies of the Association of Southeast Asian Nations (ASEAN), Vietnam has been a strong contender. It has been outpacing the Philippines as the best performing economy in the regional bloc since the 3rd quarter of 2017.

Among the pioneering 5 members of ASEAN, however, the Philippines remains the best performing. The ASEAN-5 is composed of Indonesia, Malaysia, the Philippines, Singapore, and Thailand.

Malaysia, Indonesia, and Thailand have yet to release their official figures, but estimates put them at 6.2%, 5.06%, and 4.3%, respectively.

A recovered agriculture sector, strong government consumption, as well as better exports and imports made it possible for the Philippine economy to grow above 6% for the 6th straight year in 2017.

This was despite a drop in private construction spending, the post-election impact, and a plateauing business process outsourcing (BPO) industry in the Philippines.

For 2018, Pernia said the administration of President Rodrigo Duterte aims to hit an economic growth of 7% to 8%.

“Certainly, the Philippine economy remains strong and there is still more room to grow. The government remains committed to making this growth inclusive,” Pernia said. – Rappler.com