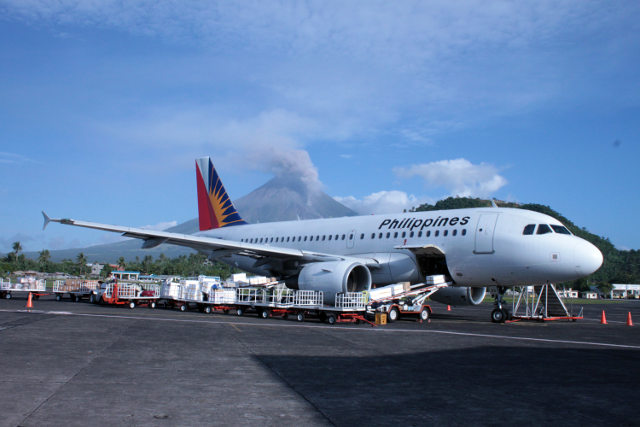 LEGAZPI CITY, Philippines – The Civil Aviation Authority of the Philippines (CAAP) gave the green light for commercial airlines to resume operations in Legazpi City Domestic Airport after 4 days of closure following the eruptions of Mayon volcano.

“The Legazpi City Domestic Airport is now open for commercial operation. We opened the airport today because it is safe to land,” he said.

Apolonio added runway monitoring revealed the concentration of ashfall was on the west side of the airport and will not affect and endanger the aircraft.

He also said the commercial operation of airlines tomorrow will begin at 6:00 am, lasting till 5:00 pm until January 31.

The Civil Aviation Authority of the Philippines (CAAP) closed down the operation of Legazpi airport on January 23 following the intermittent but successive Mayon volcano eruptions.

The closure of airport here is due to ashfall posing danger to aircraft. Apolonio said, however, there were no traces of ashfall in Legazpi City Domestic Airport’s runway based on monitoring.

Several flights to and from Naga and Legazpi were cancelled on Monday due to massive ash clouds from Mayon Volcano. The Civil Aviation Authority of the Philippines (CAAP) has issued an order of the temporary suspension of operations at the Legazpi Airport until further notice here.

The notice was issued after the Mayon Volcano erupted on Monday and the alert level was raised to Level 4 by the Philippine Institute of Volcanology and Seismology (PHIVOLCS).

Due to this, two major airlines with flights to Legazpi City both announced the cancellation of their flights here. The cancelation of flights affected tourism, hotels, and business in the region specifically in Albay province.

Meanwhile, Cebu Pacific announced it will resume operations to and from from Legazpi Airport on a reduced schedule.

“Legazpi airport will be limited to daytime operations following the Notice to Airmen issued by the Civil Aviation Authority of the Philippines. Early morning and evening flights remain cancelled,” the airline said in an advisory sent January 26.

Below is the Cebu Pacific flight schedule for January 27, 28 and 29:

Affected passengers may take any of the following options:

The airline added it would “provide updates on flight status as information becomes available.”

Passengers with flights over the next few days, particularly those within the Bicol area, are advised to re-check their flight schedules for possible delays or re-timings as these may change depending on volcanic activity. – Rappler.com