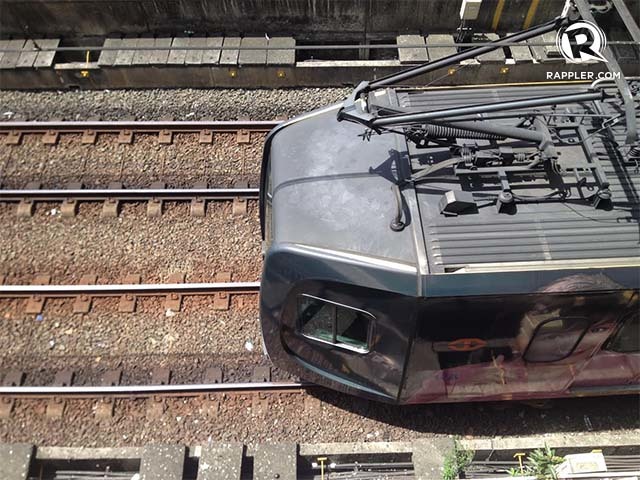 MANILA, Philippines – The Light Rail Transit Line 1 (LRT1), Southeast Asia’s 1st rail transport line, is finally set to start the construction of its extension from Baclaran to Cavite in the middle of 2018, after it tapped French rail experts Bouygues Travaux Publics and Alstom Transport Private Limited to help with the structure.

“We have signed an EPC (engineering, procurement, and construction) contract with Bouygues. We are trying to do this as soon as possible. We can by the middle of this year,” Juan Alfonso, president and chief executive officer of Light Rail Manila Corporation (LRMC), told reporters on the sidelines of a forum in Makati City on Thursday, February 1.

“It is more than just [an issue of] right of way but more of clearing the path. If we can do it quicker, then we will do it faster,” Alfonso added.

LRMC took over the operations, maintenance, and extension of the LRT1 in September 2015, after bagging the P64.9-billion ($1.36-billion) LRT1 Cavite Extension deal. (READ & WATCH: Engineers racing to fix LRT1)

The 11.7-kilometer Cavite extension will link with the existing system immediately south of the Baclaran Station, and run all the way to Niog, Cavite. 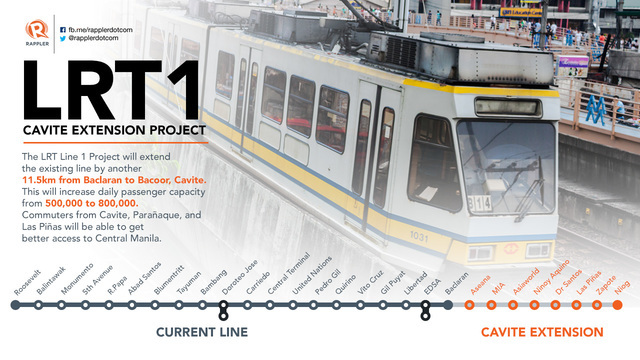 The commercial speed of the Cavite extension trains will be 60 kilometers per hour (km/h).

Alfonso said the LRT1 Cavite extension is targeted for completion in about 4 years or in 2021.

Alfonso added that his firm is in constant talks with the government on how to move forward with a pending fare hike, as stipulated in their concession agreement (CA).

Instead of a fare hike which would be a burden to commuters, the LRT1 operator had suggested that the government subsidize the company’s nearly P300-million claim.

“[A] fare increase is in the provision of [the] CA. When the agreement for LRT1 was signed between LRMC and government, it contained a schedule of fare increases to allow us to fund the transactions,” Alfonso told reporters.

“We need to keep our covenance to our lenders. We are discussing this with the government, on the schedule. There is no surprise that is coming. All fare adjustments are coursed through the Department of Transportation (DOTr),” he added.

LRMC had said that the pending fare increase for the LRT1, which should have taken effect on August 1, 2016, would push fees “5% higher” than they were in January 2015.

In December 2014, the DOTr implemented fare hikes for the 3 major train lines in Metro Manila, including the LRT1, after several years of postponement.

Under Department Order No. 2014-014, the uniform distance-based fare scheme for all 3 train lines – or an P11 base fare plus P1 per kilometer – was adopted. – Rappler.com