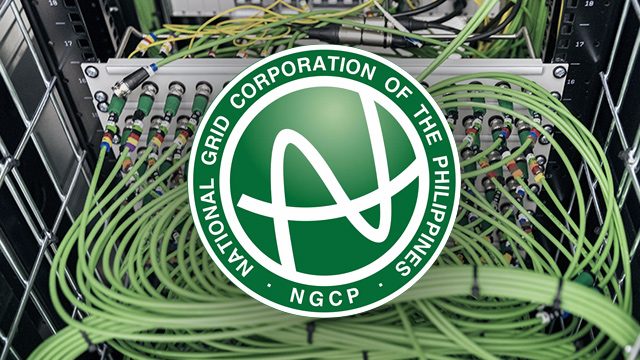 Facebook Twitter Copy URL
Copied
The National Grid Corporation of the Philippines writes an open letter to President Rodrigo Duterte, saying it is 'willing and eager' to help develop the National Broadband Network

MANILA, Philippines – The National Broadband Plan (NBP) could be given a lift with the National Grid Corporation of the Philippines (NGCP) telling the government that its fiber optic cables could be used for free.

In an open letter to President Rodrigo Duterte on Wednesday, February 7, the NGCP said it is waiting to sign an agreement with the Department of Information and Communications Technology (DICT) which would provide the government with free access to the cables.

“[We] are willing and eager to participate in the government’s efforts to develop a National Broadband Network and we are willing to let the government use these facilities at no cost,” reads the letter by NGCP management.

They added that the NGCP “has always been supportive of the government’s initiatives towards the use of the dark fiber inherent to the transmission network for the development of the NBP.”

Dark fiber refers to the unused optical fiber held by a firm which can be leased out. The DICT is interested in using this existing cable network to run data as part of the NBP.

The NGCP is a private company majority-controlled by Henry Sy Jr of the SM Group and Robert Coyiuto Jr of Prudential Guarantee and Assurance, with the State Grid Corporation of China (SGCC) as technical partner.

It holds a 25-year concession deal to operate and manage transmission facilities, although the government-owned National Transmission Corporation (TransCo) still owns the assets.

In the letter, the NGCP noted it met with the DICT in May 2017 to discuss how its dark fiber network could be used to support the NBP.

This was followed by DICT representatives visiting one of the NGCP’s substations to inspect the fiber optic cables embedded in the transmission system.

This in turn led to the NGCP sending a memorandum of understanding (MOU) which provided the protocol for the inspection and use of the facilities.

The NGCP said it thought that the MOU would be “considered, signed, and reported” to Duterte in time for the 2017 State of the Nation Address since the NBP is a “priority project” of the government.

While the MOU signing was pending, DICT representatives visited the NGCP’s Araneta Substation and the National Control Center in Quezon City.

“Since then, we have not been invited to proceed with the signing of the MOU,” the NGCP said, adding that it remains “ready” for the signing.

The DICT has been without an official head since former DICT secretary Rodolfo Salalima resigned in September 2017. DICT Undersecretary Eliseo Rio Jr was named acting secretary.

Approved by the President in March 2017, the NBP is aimed at improving overall internet speed and affordability all over the country, especially in remote areas. – Rappler.com