Feb 20, 2018 6:55 PM PHT
Rappler.com
Facebook Twitter Copy URL
Copied
The fiber optic network of the National Grid Corporation of the Philippines will be used for the program 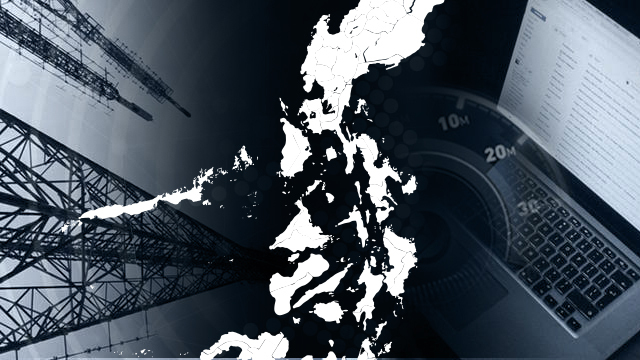 MANILA, Philippines – The National Grid Corporation of the Philippines (NGCP) and the Department of Information and Communications Technology (DICT) will team up for the planned National Broadband Program (NBP) until the grid operator’s concession lapses.

The two parties will “soon” sign an agreement to use the NGCP’s fiber optic capacity available for the implementation of the NBP.

This was after NGCP president and chief executive officer Henry Sy Jr and DICT Officer-In-Charge and Undersecretary Eliseo Rio Jr recently met to iron out issues on the use of fiber optic cables.

According to the NGCP, the DICT committed to partner with them on the use of their transmission facilities as the backbone for the NBP.

“NGCP will enter into the agreement up to the life of its concession, which is until 2034, provided that in the event that the concession is extended, the bilateral agreement will also be extended,” said the NGCP.

In an open letter, the NGCP had said it is willing to enter into a bilateral agreement with the government for the lease of its fiber optic network, available for use of third parties at no cost. (READ: DICT raises concerns over NGCP’s fiber optic network offer)

The NGCP is a private company in charge of operating, maintaining, and developing the country’s power grid, led by majority shareholders Sy and Robert Coyiuto Jr.

Utilizing the NGCP’s transmission backbone would be important in the immediate implementation of the government’s planned NBP.

“The core of the matter is who owns the dark fiber of NGCP or state-run National Transmission Corporation (TransCo). When it is turned over to TransCo, whatever agreement was done with NGCP may be modified, changed, or reviewed by TransCo,” said Rio.

Meanwhile, the DICT and TransCo may choose to enter into a separate agreement.

The NGCP said it will not object to such a deal “for so long as the exclusive rights of the company in relation to transmission and related businesses, for the entire duration of its concession are upheld.”

“We are not interested in entering the telecommunications business,” the NGCP said.

“Such lease agreement is contemplated by our concession and franchise and is not considered our primary mandate,” the firm added. – Rappler.com