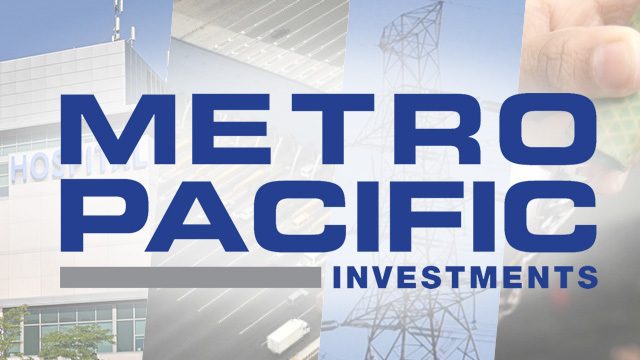 Facebook Twitter Copy URL
Copied
The increase to P13.2 billion in 2017, from P11.5 billion in 2016, is largely due to Meralco and Global Business Power

MPIC disclosed to the Philippine Stock Exchange (PSE) on Thursday, March 1, that its consolidated reported net income attributable to owners of the parent company rose 15% to P13.2 billion in 2017 from P11.5 billion in 2016.

These non-recurring items totaled P953 million, up from P650 million, and consisted mainly of refinancing expenses, project expenses, and separation costs of a redundancy program at Maynilad Water Services Incorporated.

MPIC noted, however, that it was largely offset by a realized gain on sale of shares in Manila Electric Company (Meralco).

The group’s power arm, both in distribution and generation, was the main contributor at 52% of the total net income, while toll roads brought in 22% and water contributed 21%.

MPIC’s hospital group provided 4% of the total while its rail, logistics, and systems group delivered 1%.

MPIC’s power business contributed P9.4 billion to core net income in 2017, an increase of 30% which the firm attributed to step-up investments in Meralco and Global Business Power Corporation (GBP).

MPIC acquired the remaining 25% ownership in Beacon Electric in July 2017 at an aggregate purchase price of P21.8 billion. Following this and related transactions, MPIC’s economic interest in Meralco is 45.5% and 62.4% in GBP.

The firm said system-wide vehicle entries increased by 64% to an average of 903,525 a day due mainly to the investment in PT Nusantara Infrastructure Tbk in Indonesia.

MPTC also noted that it would spend approximately P122.8 billion in the next 5 years on building highways and toll roads around the Philippines.

The contribution of both Maynilad and MetroPac Water Investments Corporation to core net income combined totaled P3.7 billion for 2017, most of it attributable to Maynilad.

The firm noted that 4% of the increase was attributable to the contribution from new hospital acquisitions while 13% was driven by lower interest expense, cost savings from purchasing synergies, and increasing patient numbers.

MPHHI completed the acquisition of a 54% stake in St Elizabeth Hospital Incorporated (SEHI) which increased to 80% in December 2017. SEHI is a 248-bed tertiary level hospital located in General Santos City.

LRMC also noted that “assuming government delivers a sufficient portion of the necessary right-of-way,” it will begin construction of the LRT1 extension by the middle of 2018.

“We are doing our best to support the Build, Build, Build agenda of the government. However, our investors (many of whom are hardworking Filipino savers and pensioners by the way) and our creditors need confidence that our various concession and franchise agreements will be observed. We are working hard to resolve these matters. It is our hope that our partners in government could come along with us in the spirit of partnership in which our various projects were conceived,” said Pangilinan, MPIC chairman, in a statement.

“The overwhelming demand for the services we provide, against the backdrop of strong economic growth, underpins our outlook for 2018. It is too early to give earnings or capital expenditure guidance for the year at this time, especially as we attempt to resolve our tariff issues in the course of 2018,” he added.

MPIC also declared a final dividend for 2017 of 7.6 centavos per share which it noted was 12% higher than the year-ago figure and marked a payout ratio of 25% of core income per share. The payment date for the dividend is April 26 this year. – Rappler.com