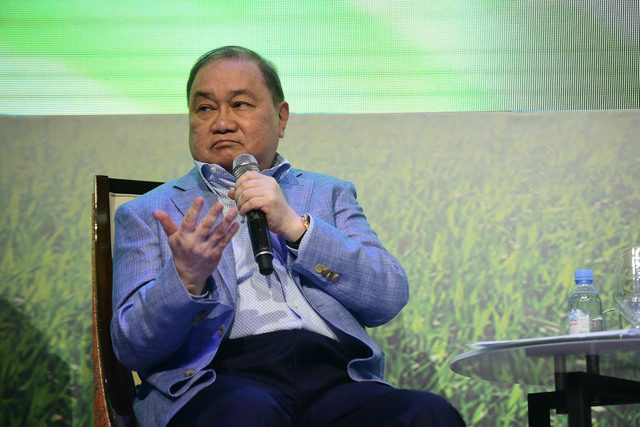 Facebook Twitter Copy URL
Copied
In the last quarter of 2017, expenses of the Philippine telco giant surge by 44% to P53.920 billion. This drags its reported net income to P4.479 billion in the same period.

MANILA, Philippines – PLDT Incorporated took a “big one-time hit” to its 4th quarter profit, after the telecommunications giant changed its equipment vendor and swapped some of its wireless network base stations with newer ones.

“It’s a big one-time hit from a profit and loss standpoint. Basically, we swap out of some of our wireless access network equipment in NCR (National Capital Region). So this changed [from] one equipment vendor to another,” PLDT chief finance officer Anabelle Chua said on the sidelines of a briefing in Makati City on Thursday, March 8.

“Because of the change of equipment vendor, we had to take the hit in terms of shortening the life and writing off those assets. Although, economically speaking, the new vendor gave us ‘like for like’ free swap,” Chua said.

“But for purposes of accounting, we [had] to recognize that we are no longer going to use those assets,” she added.

The PLDT executive said the modernization of wireless network equipment is “important” to “improve the quality of service in Metro Manila for network speed.”

“What was originally installed was only capable of standard LTE,” he added.

As a result, PLDT chairman and chief executive officer Manuel Pangilinan reported that their core income for 2017 slightly declined 1% to P27.688 billion, from P27.857 billion in 2016.

“This is largely enabled by our heavy investments in our fixed and mobile networks which in turn allows us to strengthen our data and digital businesses, laying the ground for future growth,” Pangilinan said in the briefing.

“We are not completely out of the woods yet but we are getting there,” the PLDT chief said.

PLDT’s bottom line has been declining for 4 consecutive years since 2013 due to its “digital pivot.” (READ: PLDT’s digital pivot spills over to Japan)

Pangilinan said the company has earmarked a historic high capital expenditure (capex) of P58 billion in 2018, to improve its broadband and data business units. – Rappler.com