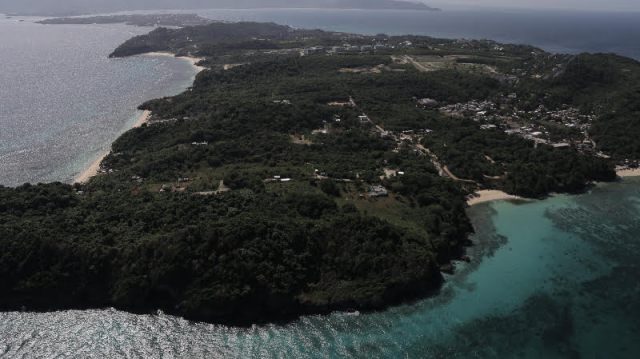 Facebook Twitter Copy URL
Copied
(UPDATED) 'More than the effect of closure [on] individual business entities, the contribution of this to the country's economy cannot be disregarded,' say Boracay Island stakeholders

MANILA, Philippines (UPDATED) – Over 36,000 jobs would be affected and about P56 billion in revenues would be foregone should the administration of President Rodrigo Duterte decide to close the world-famous Boracay Island for a year to fix its environmental woes.

Based on data provided by Boracay Foundation Incorporated, a non-profit, non-stock association, there are over 17,000 employees who would be directly affected by total closure of businesses. (READ: PH travel, tourism sectors girding for planned Boracay shutdown)

Another 19,000 workers from the informal sector – beach masseuses, tattoo artists, vendors – would also be affected by the temporary closure, Tirol added.

Meanwhile, of the total tourism receipts from January to September 2017, 20% or P56 billion was generated by Boracay.

“More than the effect of closure [on] individual business entities, the contribution of this to the country’s economy cannot be disregarded,” reads a joint statement from Boracay stakeholders – the Philippine Travel Agencies Association, Tourism Congress Philippines, Philippine Tour Operators Association, as well as Organization of Hotel Sales and Marketing Professionals.

Organization of Hotel Sales and Marketing Professionals president Christine Ibarreta said during the briefing that 11 hotels in Boracay each stand to lose P50 million in revenues should Boracay be closed to tourists for one year. This would mean a total of P550 million in foregone revenues.

She added that the impending shutdown of the island is causing concerns among some corporate clients who have booked in advance.

“Corporate clients are already asking [about the planned closure]. They have conferences. Lahat nagagalit sa amin (They are getting mad at us),” Ibarreta told reporters.

Instead of closing down Boracay for a year, the stakeholders said there are other efficient measures that can be undertaken to rehabilitate the island.

Boracay Foundation said the stakeholders should be allowed 60 days – April to May – to conduct their own cleanup and rehabilitation initiatives.

The group added that the government should only close establishments found to have violated environmental regulations, not the entire island.

“What we are looking for is a general dialogue between the government and the stakeholders,” Tourism Congress of the Philippines president Jose Clemente III said during the briefing.

Senator Joel Villanueva suggested on Thursday a “more practical solution” in resolving Boracay’s woes instead of a complete shutdown that might affect the island’s tourism and economic activities.

Villanueva said in a statement that it would be better “if the government would take a firmer and more aggressive stance against violators by penalizing them and let the compliant establishments remain open.”

He said the most immediate and proactive solution is the full and unqualified implementation of laws such as the Clean Water Act, Clean Air Act, and the Ecological Solid Waste Management Act.

“Implementation of these laws need not require a unilateral and immediate closure of the island. Violators should be penalized, fined, and imprisoned, based on the provisions of the applicable laws,” Villanueva said.

“Areas of the island and compliant establishments that are still manageable should remain open. Affected employees and informal workers should be provided with contingency plans and livelihood assistance,” he added.

The island drew over two million local and foreign tourists in 2017, up by 16% from 2016, data from the Department of Tourism (DOT) showed.

The proposed shutdown of Boracay is intended to address the ecological crisis hounding the island. – Rappler.com