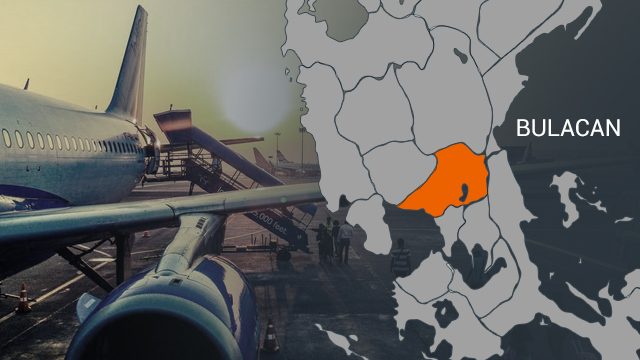 Facebook Twitter Copy URL
Copied
These 9 infrastructure projects – cumulatively worth around P900 billion – are now tabled for final approval by the NEDA Board, which is headed by President Rodrigo Duterte

MANILA, Philippines – San Miguel Corporation’s P700-billion proposal to build, operate, and maintain an airport in Bulacan – along with 8 other infrastructure projects – has been approved by a National Economic and Development Authority (NEDA) body.

Approved by the NEDA Investments Coordination Committee (ICC), among others, are the Bulacan airport, Subic-Clark Railway, bridges across the Pasig River, as well as the National Development Company (NDC) 25-hectare agro-industrial estate economic zone in Toril, Davao.

NEDA Undersecretary for Investment Planning Rolando Tungpalan told reporters on Tuesday, April 3, that these 9 infrastructure projects, cumulatively worth P900 billion, will now be tabled for final approval by the NEDA Board, which is headed by President Rodrigo Duterte.

“You will see things more visible as we move on in the next couple of months. All told, there is a commitment to get these [projects] substantially completed,” Tungpalan said on the sidelines of a briefing in Pasig City.

Once approved by the NEDA Board, these infrastructure projects can now be implemented by their respective agencies.

Unsolicited proposals, like the Bulacan airport, will undergo a Swiss challenge. This is when the government invites private groups to make competing offers, while giving the original proponent the right to match them.

San Miguel’s proposed new international “aerotropolis” will involve an airport covering 1,168 hectares and a city complex to be built at a 2,500-hectare area along Manila Bay in Bulacan, Bulacan.

The railway project will link the Subic port to the Clark International Airport and other major economic hubs in Central Luzon.

NDC’s Davao Food Exchange Plaza Project is the development of a 25-hectare property in Toril, Davao into an agro-industrial estate economic zone, with food processing centers, cold-storage/warehousing facilities, and trading posts, among others.