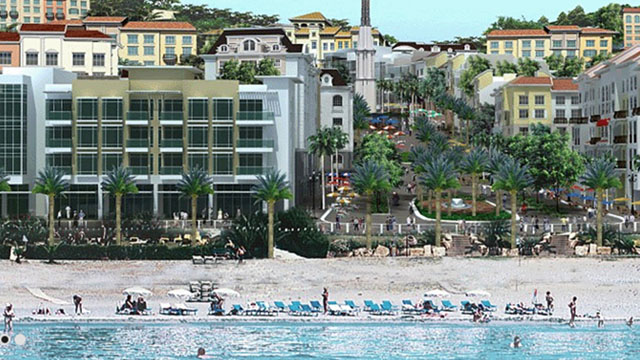 MANILA, Philippines – In the 1970s, German writer Jens Peter called Boracay “paradise on earth,” spurring Western interest in the then little-known island. Decades later, in 2017, the most famous Philippine beach drew 2 million tourists and enticed more property developers to get a piece of the prime destination.

While the increase in tourist arrivals has benefitted the tourism sector, it has also led to environmental problems. The Department of Environment and Natural Resources (DENR) recently discovered that about 200 establishments in Boracay are in violation of environmental laws and regulations.

The DENR investigation was triggered by President Rodrigo Duterte’s threat to shut down the island, which the Philippine leader described as a “cesspool.” Duterte later made the threat official: Boracay will be closed to tourists for 6 months starting April 26, to give way for its cleanup and rehabilitation.

But after the rehabilitation period is the planned development of a mega hotel, an integrated resort and casino, among other big projects. The island’s largest business group believes this move to be counterproductive, as “adding more rooms in Boracay may not be the best move at the moment.”

Even Environment Secretary Roy Cimatu agreed that Boracay is “not an appropriate place for such type of establishment to operate.” (READ: With Boracay closure, airlines and hotels scramble for ‘interim plans’)

In response to concerns over the casino, Duterte said on Monday, April 9, that as far as he knows, no casinos or any other structure will be built on Boracay during the 6-month shutdown. (READ: Duterte denies knowing about planned Boracay casino)

The pronouncement of government officials led by the President, however, would not stop developers from pushing through with their mega projects in the island.

For instance, the developer of a 1,001-room beachfront hotel in Boracay, the biggest in the Philippines, said the project will push through.

“It (the temporary closure) wouldn’t delay the construction. We’re still in the planning and design stages. That takes time – finalizing your plan and securing permits,” Hannah Yulo, chief investment officer at DoubleDragon Properties Corporation, told reporters on the sidelines of an event in Taguig City.

Hotel 101 Resort-Boracay is a joint venture project of Hotel of Asia, a subsidiary of DoubleDragon, owned by Edgar “Injap” Sia and Tony Tan Caktiong, and Newcoast South Beach Incorporated.

The mega hotel will be located in Boracay Newcoast, a  150-hectare tourism estate of Global-Estate Resorts Incorporated (GERI), a Megaworld Corporation subsidiary. 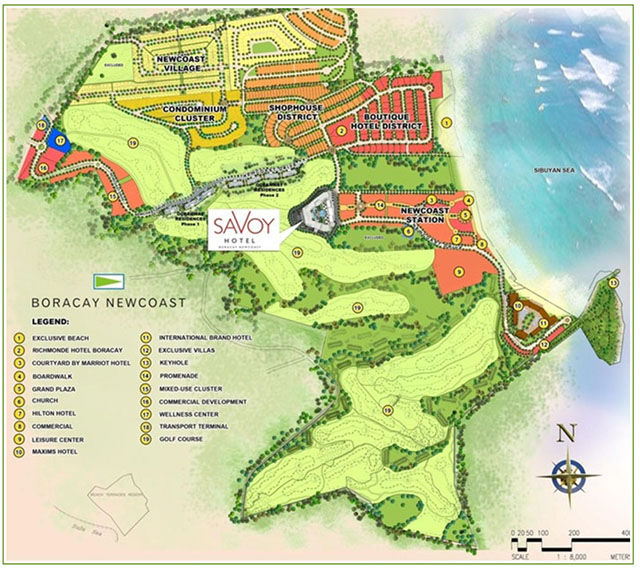 Aside from the mega hotel, Andrew Tan-led Alliance Global confirmed in a disclosure to the local bourse that it is also set to open a new casino in the 559-room Savoy Hotel in Boracay.

Savoy Hotel is also part of the 150-hectare Boracay Newcoast township, which is seen to allot 60 hectares to commercial and residential spaces, while the remaining 90 will be for green and open spaces.

Other than a casino and a mega hotel, the estate will also feature a golf course, wellness center, transport terminal, more hotels, a condominium, and a private beach.

In December 2017, the PSE-listed Leisure & Resorts World disclosed its plans to set up an integrated resort and casino in Boracay.  The disclosure was made after gambling magnate and Galaxy Entertainment founder Lui Che-woo made a courtesy call to Duterte.

Tycoon Ramon Ang, for his part, has proposed to build a bridge from Caticlan to Boracay. Ang, whose company operates the Caticlan Airport, said the proposed bridge would enable developers to build hotels and resorts outside the island.

He said the construction of a bridge would also solve the garbage and sewage problem on the island and can provide a safe way to channel sewage through pipes which would be built into the bridge design.

“Tourists and visitors will have the option to go to Boracay during the day and in the afternoon or at night for accommodations outside the island,” Ang, chief of San Miguel Corporation, said in a statement in support of the government’s decision to temporarily close Boracay.  (READ: Meet Ramon Ang, Filipino billionaire and Duterte’s friend)

In October 2017, San Miguel confirmed news reports to the local bourse that its property unit plans to build a resort complex in Nabas, Aklan, which is seen to include a 400-room hotel, convention center, ocean park, and entertainment and recreational facilities.

What is Boracay’s carrying capacity?

The Tourism Congress of the Philippines has asked the government to first determine the carrying capacity of Boracay before allowing the developers to push through with their projects. (READ: PH travel, tourism sectors girding for planned Boracay shutdown)

“As far as casino resorts are concerned, it would perhaps be more prudent to find out what the real carrying capacity of Boracay is before building additional establishments. This way, we can see if the island can still accommodate the additional numbers that these new hotels are projected to bring,” Jose Clemente III, president of the Tourism Congress of the Philippines, told reporters in a text message. 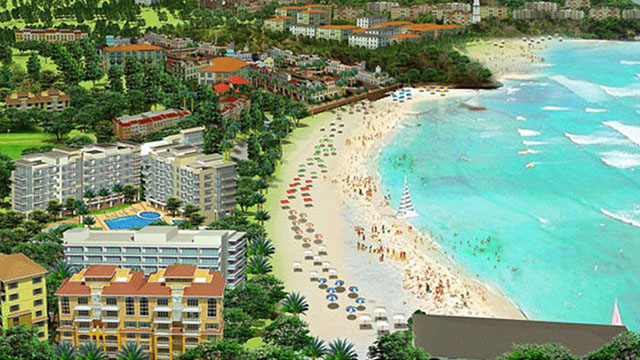 Clemente said that “while there is nothing wrong with building a casino-resort in itself, it must be determined whether the destination can carry it of if it is appropriate.”

“That will be determined as soon as we get an accurate figure regarding the carrying capacity. That said, adding more rooms in Boracay may not be the best move at the moment,” he said.

BusinessWorld reported that by April, the DENR will release a study on the carrying capacity of Boracay, which would serve as guide on how much establishments and tourists will be allowed to enter Boracay.

Meanwhile, Boracay Foundation Incorporated (BFI), the largest business group on the island, had asked the government to give “clear and specific guidelines” pertaining to the closure.

“The haze of uncertainty for the past weeks has now been replaced by a grim realization that closure is indeed happening: sooner than expected, with less than a month to prepare,” BFI said in a statement.

“In the absence of clear guidelines communicated to us, we believe it is too premature for us to issue specific statements pertaining to the closure,” it added.

The famous island hosts around 1,800 businesses, including 5-star hotels like Shangri-La’s Boracay Resort and Spa and Discovery Shores Boracay.  – Rappler.com