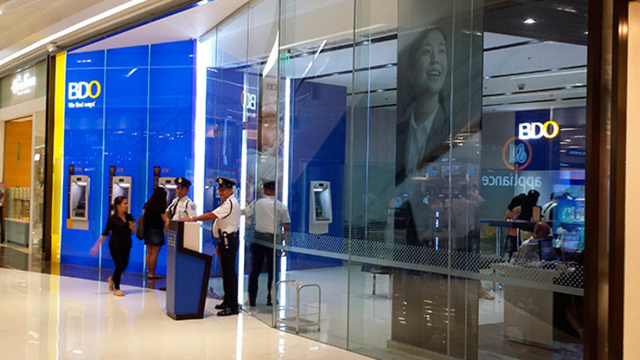 In a statement following its annual stockholders meeting on April 20, the firm reported a Q1 2018 net income of P5.9 billion. The figure is up 1.2% from the P5.8 billion seen in the same quarter last year.

The bank said, however, that “excluding the impact of Philippine Financial Reporting Standerds 9 , specifically the mark to market revaluation of the investment portfolio of BDO Life and the ongoing restructuring and expansion costs at One Network Bank, its net income would have reflected a 16% increase”.

The performance in Q1 came as net interest income grew by 20% to P22.2 billion on 18% growth in gross customer loans to P1.8 trillion, and 16% growth in total deposits to P2.2 trillion, with low-cost CASA deposits contributing the bulk of total deposit growth.

The firm also noted that insurance premiums rose by 20% to P2.6 billion, while trading and foreign exchange gains fell to P24 million.

The bank’s operating expenses, meanwhile, grew by 11% to P23.1 billion which it attributed to continued business expansion.

At the end of the quarter, BDO’s Capital base increased to nearly P300 billion, with Capital Adequacy Ratio and Common Equity Tier 1 at 14.3% and 12.6%, respectively.

The bank also disclosed its earnings guidance of P31 billion for the full-year 2018, with the firm saying that it plans “to leverage on its strong business franchise and expand in under-served markets amid a challenging and competitive operating landscape”.