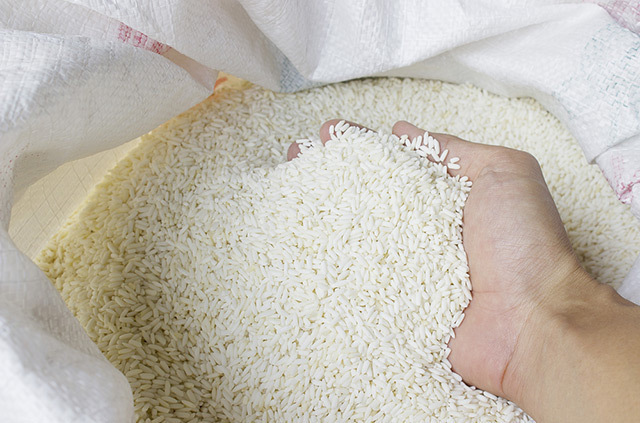 MANILA, Philippines – The government expects the rice tariffication bill to be passed into law by the 2nd half of the year, according to Socioeconomic Planning Secretary Ernesto Pernia.

Under the measure, the prescribed import volume would be removed and imports can eventually be opened to private traders.

“We expect the tariffication of rice to be in effect later this year – maybe 2nd half of this year, because it’s an urgent legislative measure. That means President [Rodrigo Duterte] wants it passed soon,” Pernia told reporters on the sidelines of a Development Budget Coordination Committee (DBCC) briefing in Manila on Tuesday, April 24.

Pernia reiterated that replacing the quantitative restriction (QR) on rice with tariffs will lower rice prices and increase revenues for agricultural programs like crop diversification.

“To the extent that rice importation will be liberalized, the private sector will start importing. The more private sector imports, the supply of rice enlarges and therefore the price of rice goes down,” Pernia added.

Prices of rice in the Philippines rose by 3.6% in March, from 2.8% in February. (READ: Philippine inflation continues to rise at 4.3% in March)

Farm gate prices of palay have been on an upward trend since the 2nd week of January, contributing to higher wholesale and retail prices of rice.

The National Economic and Development Authority (NEDA), which is headed by Pernia, had cited the urgency to fast-track amendments to the Agricultural Tariffication Act.

This would allow the NFA to focus on ensuring buffer stocks for rice, among other things.

“Meanwhile, the revenue from the tariff on rice will be used to help the farmers increase their productivity,” Pernia told reporters.

The Philippines’ total rice inventory, inclusive of stocks from households, commercial warehouses, and NFA depositories, registered a marked drop to 1,795.78 metric tons (MT) as of February 1 this year, said NEDA.

Even if 250,000 MT of imported rice is scheduled to arrive in May, NEDA said this will not be able to meet the country’s rice demand in the succeeding months.

NEDA Undersecretary for Policy and Planning Rosemarie Edillon had said inflationary pressures from other agricultural food items must be managed as well, while at the same time anticipating developments in international oil markets.

“Given the risks, we really need to be anticipative and proactive in implementing measures to ensure price stability and cushion the impact of higher consumer prices on the poor,” Edillon had said. – Rappler.com