Apr 25, 2018 3:59 PM PHT
Keith Anthony Fabro
Facebook Twitter Copy URL
Copied
'It’s a dream come true for all of us here,' says Park Superintendent Elizabeth Maclang of the power plant which is expected to be operational by 2019 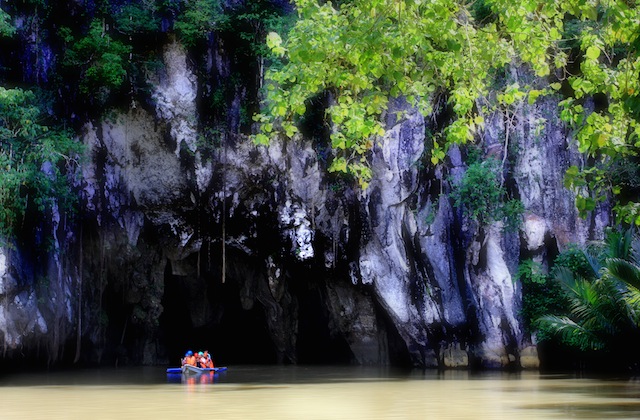 The hybrid power plant will consist of a 1.4 megawatt peak solar photovoltaic with a 2.3 MW hour battery storage system and 1.2 MW diesel generators to power its 14-circuit kilometer distribution facility.

“The solar PV/Battery system enables SREC to provide an average of 50% of clean energy to the grid,” said Walden Tantuico, president/CEO of both SREC and Gigawatt Power.

Tony Shibley, advisor to SREC and Gigawatt Power director, said they are looking at the possibility of using non-food based biodiesel if it reaches competitive prices with normal diesel.

This is to further increase the project’s portion of clean energy to 100%.

Another option, Shibley added, is to “find alternative clean power generation technologies to reduce the role of diesel in this project.”

With the project’s RE component, the Philippine government may expect to realize savings on subsidies for rural electrification between P298 million and P527 million over 20 years, SREC said.

Compared with a full diesel-operated plant, the solar and batteries in the hybrid system reduces diesel consumption and makes the cost less dependent on fluctuations in the price of oil.

Such savings, SREC added, will enable the government to accelerate its rural electrification program while promoting RE.

SREC’s hybrid power generation technology will not only provide round-the-clock electricity, but will also avoid about 25,700 metric-tons of CO2-equivalent emissions over a 20-year lifetime.

The total carbon avoided can be compared to saving approximately 9.1 million liters of gasoline or 7,136 hectares of carbon sequestering forests.

“This is an important contribution to green growth development and the fight against climate change,” said Atem Ramsundersingh, SREC director and CEO of WEnergy Global.

“This is so far the first solar farm that will be situated in a World Heritage Site, a national park and one of the Seven Wonders of Nature,” Maclang said.

“We hope it could be replicated in neighboring barangays inside and even outside the protected area,” she added.

For people living inside the Puerto Princesa Subterranean National Park, the groundbreaking of the Sabang Hybrid Energy Project is a “dream come true.”

Maclang said the long wait is over for the Protected Area Management Board, the park management and Cabayugan residents.

“It’s a dream come true for all of us here,” she told the media.

Only a few households and tourism-related establishments in Cabayugan have electricity, with supply lasting for about 3 to 6 hours from small diesel generators.

Cabayugan Captain Ramil Gonzales said the hybrid power project would help residents save money as they would not have to buy fuel to operate their power generator.

“Like now, we’re using a generator and operating it costs us a lot. In our house, we spend P3,000 per month just to run our generator from 6 to 10 pm,” Gonzales said.

Maria Cayanan Fiechter, president of Cabayugan’s tourism establishments association, said the project would help them step up their game in the tourism and hospitality industry.

“We’re falling behind the competition. Many tourists leave the place because there’s no stable electricity,” she told Palawan News.

Fiechter said “now is the reality” for them to compete with their counterparts in other tourism destinations, such as Port Barton in San Vicente and El Nido.

She said the association, namely Masabor, with 42 members composed of accommodations and restaurants, largely depend on costly diesel-run generator sets.

“The big part of economy of Sabang relies on this association because economically we contribute to the community, but without the electricity it’s difficult for us,” she added.

“Beyond an increase in tourism investments and arrivals, the electricity infrastructure will spur the creation of more enterprises to improve the standard of living of Palaweños,” he added.

The project is expected to be operational in 2019 and will be operated by SREC under an Energy Regulatory Commission-approved Qualified Third Party (QTP) Agreement with Palawan Electric Cooperative (Paleco).

As QTP, SREC is authorized to generate and distribute electricity in Barangay Cabayugan, which has been waived from the Paleco’s franchise area.

The project is expected to serve as a model for other clean energy projects in Palawan to protect the island paradise’s ecosystem and promote sustainable development. – Rappler.com