Bulacan airport, 7 other projects get NEDA Board approval 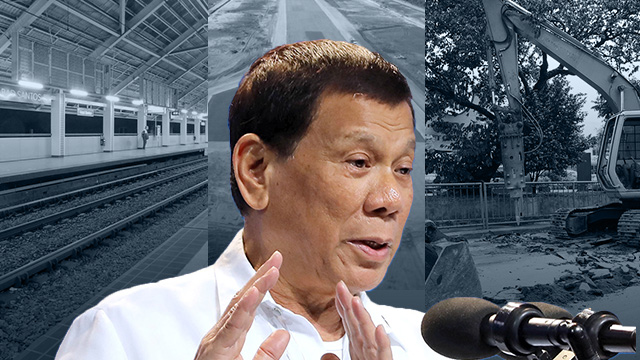 MANILA, Philippines – The P735.63-billion proposal of San Miguel Corporation to develop a 2,500-hectare airport in Bulacan, along with 7 other new infrastructure projects, got the final nod of the National Economic and Development Authority (NEDA) Board, chaired by President Rodrigo Duterte, on Wednesday night, April 25.

The NEDA Board also approved the P50.03-billion Subic-Clark Railway Project, an auction for the operations and maintenance of the Clark International Airport, a flood control project, a floodway bridge, a rural agro-enterprise partnership, a food complex in Davao, as well as a bridge construction acceleration deal.

“As we roll them out, government shall keep working towards developing the country’s infrastructure to ensure easing of congestion in Metro Manila and spreading growth to the regions,” Socioeconomic Planning Secretary Ernesto Pernia said in a statement on Thursday, April 26.

Proposed by Ramon Ang-led San Miguel Corporation, the Bulacan International Airport will be built at a 2,500-hectare area in the municipality of Bulakan. No timeline has been released so far for the project, which will include the construction of 6 parallel runways.

The NEDA Board also approved 7 other projects:

Implemented by the Department of Transportation (DOTr) and Bases Conversion and Development Authority (BCDA), this 71.13-kilometer railway is seen to connect the Subic Bay Freeport Zone and the Clark Freeport Zone to support current industrial activities and the potential demand for freight services along the Subic-Clark corridor.

The project will cost P50.03 billion, of which P42.53 billion will be funded through official development assistance (ODA) and the remaining through local funds.

Implemented through a public-private partnership (PPP) auction, the project requires the winning concessionaire to operate and maintain the new passenger terminal being built by the consortium led by Megawide Construction Corporation.

The deal to operate and maintain the Clark airport involves an estimated capital expense of P5.61 billion and a 25- to 30-year concession period. (READ: Auction for new Clark airport terminal starts)

Implemented by the Department of Public Works and Highways (DPWH), the Ambal-Simuay River and Rio Grande de Mindanao River flood control projects involve the construction of structures like dikes and floodgates, as well as channel dredging.

The two rivers are part of the Mindanao River Basin, which is the 2nd largest river basin in the country. The flood control deal costs P39.2 billion.

This DPWH project involves the construction of 10 remaining priority bridges crossing the Pasig-Marikina River and the Manggahan Floodway.

It was in September 2017 when the NEDA Board approved the construction of the first two bridges: the Binondo-Intramuros and Estrella-Pantaleon Bridges, which will be financed through a grant provided by the Chinese government. (READ: Philippines to borrow more from foreign lenders)

This DPWH deal involves the full turnkey construction of 5 iconic 4-lane bridges and 25 2-lane truss bridges, with a cumulative length of 2,848 lineal meters, across 9 regions in the Philippines.

The RAPID Growth deal of the Department of Trade and Industry (DTI) aims to support 78,000 farming households by increasing on-farm and off-farm activities and generating employment opportunities in the rural areas.

The project aims to facilitate the expansion and establishment of micro, small, and medium enterprises (MSMEs) with backward linkages to farmers; provide MSMEs with access to the needed capital to sustain their businesses; and create business partnerships between MSMEs and farmers.

RAPID Growth will be implemented in phases, with the first one covering up to 25% of the total project cost of P4.78 billion.

Costing P1.086 billion, the food complex project involves the development, marketing, management, and lease of a 20-hectare government-owned land in Toril, Davao City into an agri-industrial complex that will help promote rural and value chain development in the area.

It is intended to provide marketing support to small- and medium-farm vegetable and fruit growers in various barangays in Davao City and Davao del Sur.

Other than these deals, the NEDA Board also approved the change in scope and cost as well as loan validity extension of the Integrated Disaster Risk Reduction and Climate Change Adaptation Measures in Low-Lying Areas of Pampanga Bay of the DPWH; change in scope and cost for the Integrated Marine Environment Monitoring System Project Phase 2; cost hike of the New Centennial Water Source-Kaliwa Dam Project; and restructuring for the Integrated Natural Resources and Environment Management. – Rappler.com