Apr 30, 2018 7:00 PM PHT
Chris Schnabel
Facebook Twitter Copy URL
Copied
The food manufacturing giant reports a net income of P3 billion in the 1st quarter of 2018, down 12%, as a weaker peso, inflation, and competition take a toll on domestic sales 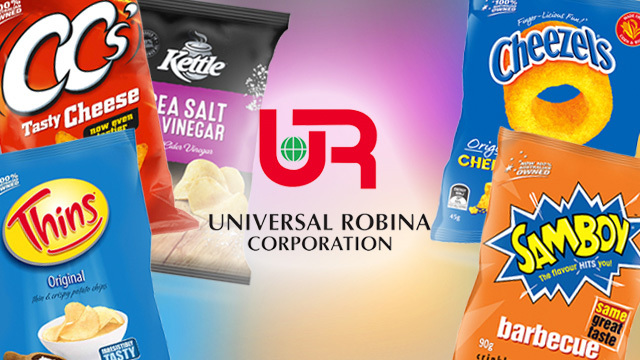 In a disclosure to the Philippine Stock Exchange (PSE) on Monday, April 30, URC reported a net income of P3 billion from January to March this year, a decline of 12% compared to the P3.4 billion in the same period last year.

This was partly cushioned by foreign exchange gains as an effect of the depreciation of the Philippine peso versus the US dollar.

URC noted that operating income and margin pressure “also remains challenged with a decline of 14% amounting to P3.5 billion due to the weaker performance in the Philippines as a result of lower coffee sales volumes, higher inflation, and forex devaluation.”

URC’s core earnings before tax was down by 25% at P2.9 billion, driven by lower operating income and an increase in other expenses.

The drop comes despite the 2% increase in sales to P31.2 billion.

Its branded consumer foods sales in the Philippines declined by 5% to P14.3 billion, with URC saying that it “experienced challenges in core snacking and coffee.”

In particular, its core beverages declined by 9%, which it attributed to “intense competition” in the coffee category. This is “despite the net sales value uplift” coming from ready-to-drink beverages such as C2 and additional sales of its water brand, Refresh.

According to URC, the implementation of the tax reform law beginning this year has affected volumes of C2, “but value remained buoyant” compared to last year given the offset of the price adjustment it made in January.

In contrast, URC’s branded consumer foods sales internationally totaled P10.8 billion, a 10% growth – and 6% in US dollar terms – which it said was “driven by the recovery in Vietnam and growth of Snack Brands Australia.”

The company’s non-branded foods sales, meanwhile, were up 3% to P5.7 billion. Its agro-industrial division posted double-digit sales growth, but this was offset by the lower sales of the commodity foods division, sugar, and flour.

As of end-March 2018, URC’s cash balance stood at P2.8 billion, with the company still in a net debt position of P31.5 billion, mainly due to the remaining long-term debt in Oceania as a result of investments in Australia and New Zealand. – Rappler.com