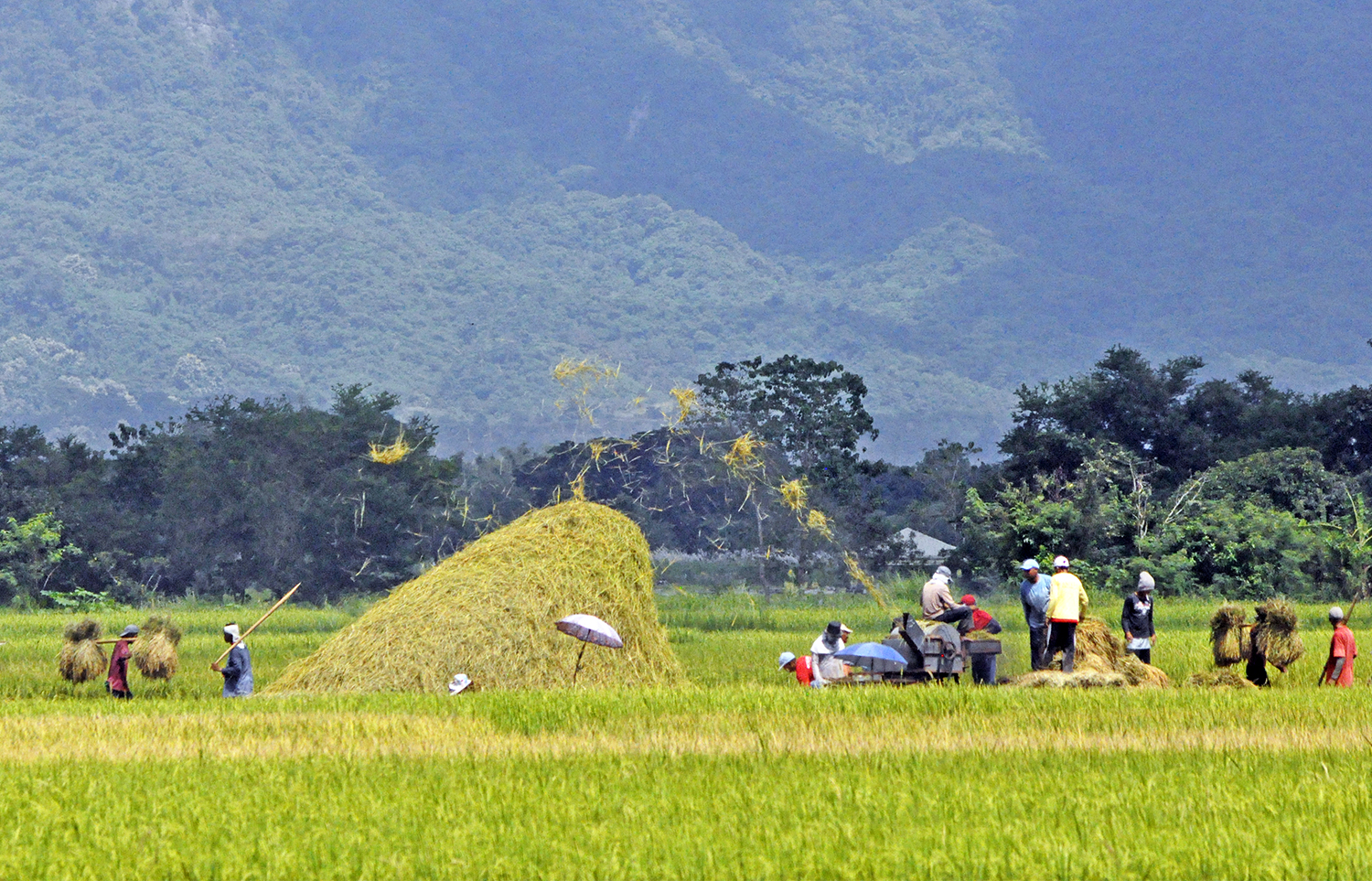 “How can you expect an impressive growth in Philippine agriculture when banking institutions are avoiding the agri-agra law commitments? It’s like milking an ill-fed cattle. Gagatasan mo ‘yung baka na hindi nagpapakain, talagang hindi magbibigay ng gatas iyon,” Pinol said on Friday, May 25, during the sidelines of the 12th International Food Exhibition in Pasay City. (You will milk the cow yet you don’t feed it, of course it will not produce milk.)

The agri-agra credit reform act of 2009 requires all banks to allocate at least 10% of their total loan portfolio for agrarian reform and 15% for agriculture to increase market efficiency and promote the modernization of the agricultural sector.

However, the latest data released by Bangko Sentral ng Pilipinas (BSP) revealed local banks only allocated 1.05% of their loan portfolio for agrarian reform, while only 12.83% was allocated for agriculture during the last quarter of 2017.

A total of P2.16 trillion were given out for agri-agra loans last year, 21.3% higher year-on-year.

Universal and commercial banks contributed the bulk of total agri-agra loans at P1.99 trillion, followed by rural banks and cooperatives at P99.1 billion, and thrift banks at P76.09 billion. 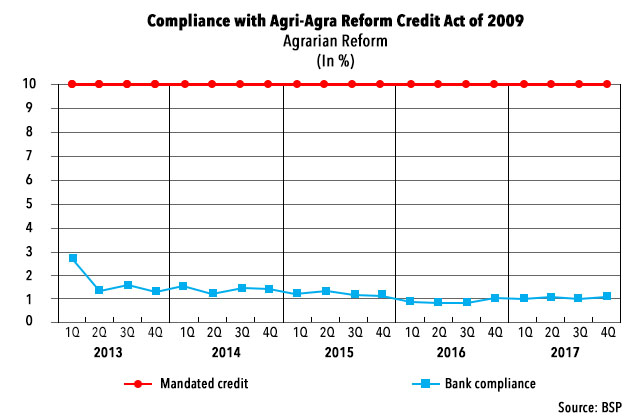 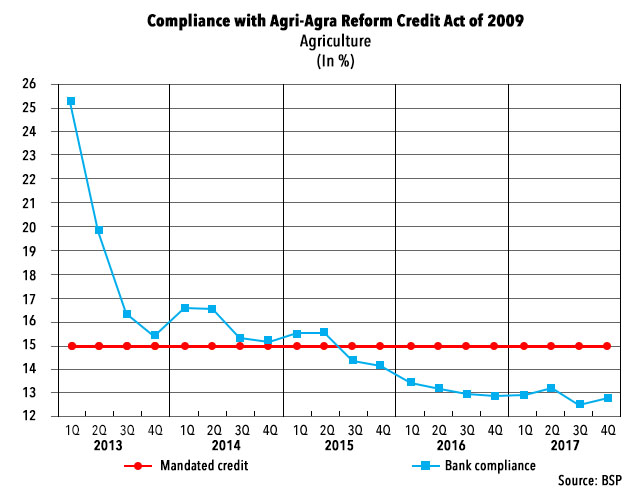 The law imposes monetary and non-monetary sanctions to banks for non-compliance.

A total of P3.7 billion of penalties have been remitted from 2014 to October 2017, according to a statement by the BSP given to Rappler.

The overall non-compliance of banks to the agri-agra law already amounted to over P460 billion since the law was imposed.

Meanwhile, banks were also under-compliant to the mandated 8% loans for Micro, Small and Medium Enterprises.

BSP data showed that local banks only allocated 3.32% for micro and small enterprises during the 4th quarter of 2017. 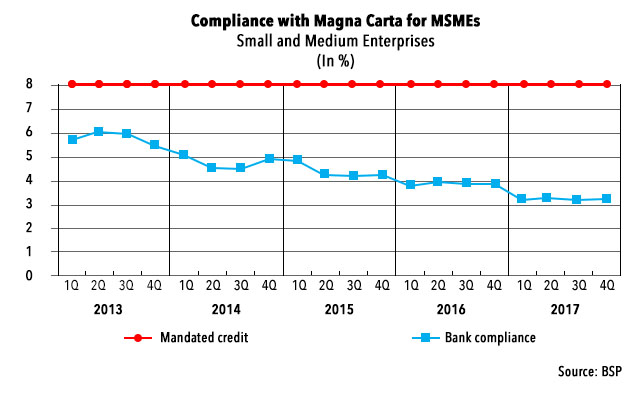 “The very nature of the quota-based lending scheme also poses a problem as banks are forced to lend to a sector that they may not be ready to serve,” Tayag said in an email to Rappler.

Meanwhile, Bankers Association of the Philippines First Vice President Antonio Moncupa pointed out that banks prefer paying penalties even though it is a “cost of doing business.”

“We need to exercise the due diligence of our depositors’ money. We are not lending our own money, public money, it’s money that belongs to depositors,” Moncupa said.

“If we do not get to collect, it would mean instability, it would create displacement. Eventually, it would be the poor that would suffer,” Moncupa added.

Moreover, Moncupa recommended that the law should be “revisited.”

For instance, he said that banks can never comply to the agrarian reform requirement because of the lack of beneficiaries.

Moncupa said that “[The law] was made at a time when the banking system was so small, now we’re much bigger.”

Piñol said that he is in favor of the proposal to remove the distinction between agriculture and agrarian reform loans in the 25% requirement.

The agriculture department is using its own funds under the easy access financing program to support farmers that cannot loan from commercial banks.

The BSP, together with the DA and Department of Agrarian Reform has an Inter-agency agri-agra task force to review the effectivity of the law.

Tayag said that the task force is “looking into agricultural financing policy interventions and mechanisms that could supplement the mandatory credit allocation.” – Rappler.com