May 30, 2018 2:10 PM PHT
Rappler.com
Facebook Twitter Copy URL
Copied
'Despite the generally good economic performance, poverty remains high and the pace of poverty reduction has been slow,' says the World Bank in its latest report on poverty in the Philippines 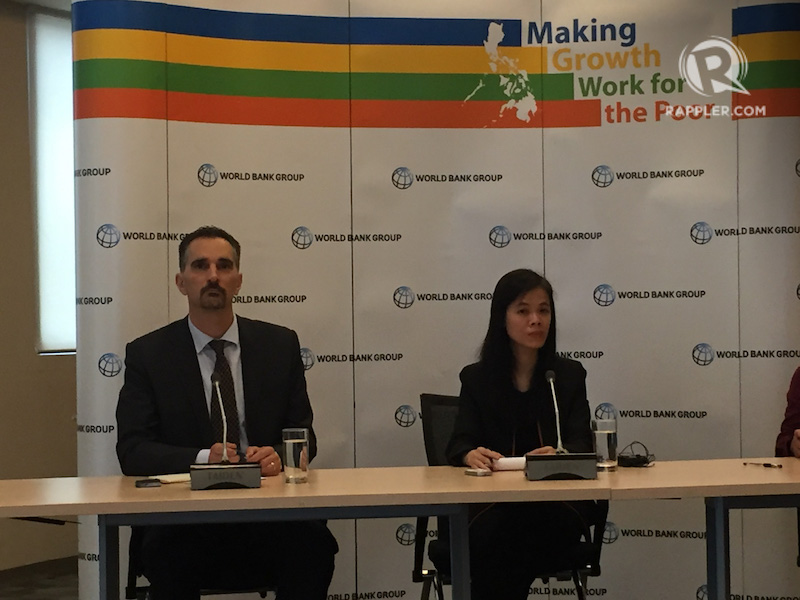 MANILA, Philippines – Although the Philippine economy continues to grow, around 22 million Filipinos or one-fifth of the country’s population still live below the national poverty line.

“Despite the generally good economic performance, poverty remains high and the pace of poverty reduction has been slow,” said the World Bank in its report titled “Making Growth Work for the Poor: A Poverty Assessment of the Philippines.”

Latest data from the World Bank showed poverty in recent years did decline, with 21.6% of Filipinos living below the poverty line in 2015, compared to 26.6% in 2006.

This decline was mainly due to the expansion of jobs outside of agriculture, the government’s Pantawid Pamilyang Pilipino Program (4Ps), and remittances from Filipinos abroad.

However, more needs to be done to ensure economic growth is felt by all.

While there has been progress in poverty reduction, World Bank country director Mara Warwick said on Wednesday, May 30, that it is important to note “the Philippines needs to do more to end poverty.” 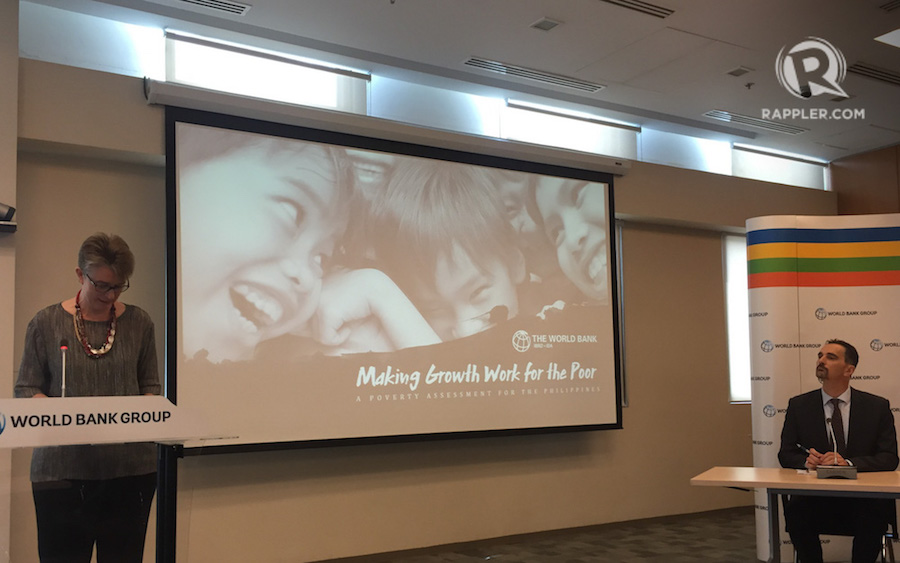 Senior economist Xubei Luo added that while more Filipinos have been lifted out of poverty over the last decade, many remain vulnerable.

“As of 2015, less than one in 10 Filipinos have joined the global middle class, but more than one in 10 individuals are vulnerable to falling back into poverty,” she said.

With majority of poor households dependent on agriculture and located in rural areas, Luo explained that the major factors behind the slow reduction of poverty include:

What, then, can be done?

If the Philippines is to reach its goal of becoming a middle-class country by 2040, Luo said policy formation should be directed towards the following:

Lou also said poverty reduction efforts should be focused on Mindanao by increasing public investments in the area, promoting peace, and resolving conflict.

With two out of 5 impoverished individuals living in Mindanao, “making a difference in Mindanao makes a big difference to the Philippines,” she added.

The World Bank also emphasized the need to include investments in healthcare services as part of poverty reduction efforts, and to fully implement the reproductive health law.

In a statement, Socioeconomic Planning Secretary Ernesto Pernia said the World Bank report is a “good confirmation of what we (the Philippine government) have been advocating for.”

“The assessment provides us an opportunity to strengthen our collaboration in addressing poverty,” added Pernia. – Rappler.com