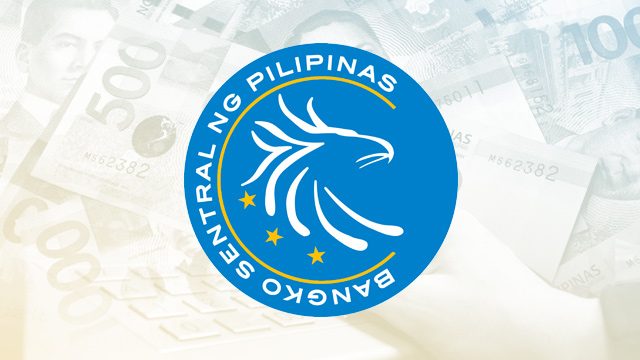 BSP Governor Nestor Espenilla Jr said on Wednesday, June 20, that the Monetary Board decided to raise the overnight reverse repurchase (RRP) rate by 25 basis points to 3.5%.

The central bank also raised interest rates on overnight lending and deposit facilities to 3% and 4%, respectively.

Raising interest rates encourages people to save up in banks instead of spending their money, and thus helps ease inflation.

Since the banks’ interest rates are higher, people may also be discouraged from getting bank loans.

The BSP had implemented its first rate hike in 3 years last May 10.

The central bank previously stated that inflation would normalize even without tweaking monetary policies.

But Espenilla said on Wednesday that the BSP is “prepared to take further policy action as needed to achieve its price and financial stability objectives.”

“In deciding to raise the BSP’s policy interest rate anew, the Monetary Board noted that inflation expectations remain elevated for 2018 and that the risk of possible second-round effects from ongoing price pressures argued for follow-through monetary policy action,” he said.

The same range was set for 2018, but the year-to-date inflation has exceeded expectations by one percentage point.

“Equally important, while latest baseline forecasts have shifted to lower for 2018-2019, upside risks continue to dominate the inflation outlook, even as various measures of core inflation continue to rise,” Espenilla said.

Inflation had risen to 4.6% back in May. Meanwhile, the Philippine peso plummeted to P53.45 against the United States dollar on Wednesday. – Rappler.com