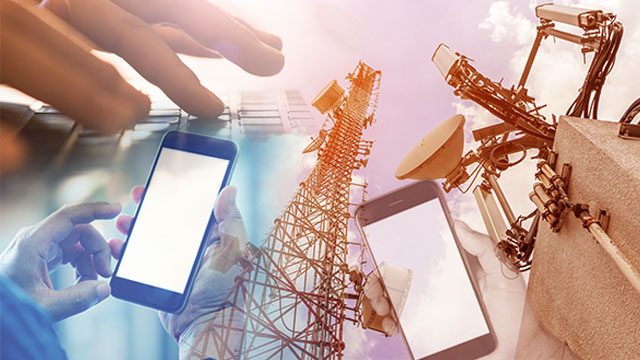 Facebook Twitter Copy URL
Copied
Selecting the country's third telco player will be based on the quality of coverage, internet speed and investment, otherwise known as the highest committed level of service (HCLoS) model

MANILA, Philippines– Department of Information and Communications Technology (DICT) Acting Secretary Eliseo Rio Jr. will not be resigning after all.

The oversight committee tasked to release the final terms of reference (TOR) for the so-called 3rd telco player unanimously agreed on Friday, July 20, that the next player will be chosen based on the quality of coverage, internet speed and investment.

Rio preferred this mode, otherwise known as the highest committed level of service (HCLoS) model and threatened to quit earlier this week should the body adopt a bidding process.

Finance Secretary Carlos Dominguez previously pushed for an auction of radio frequencies and set the floor price at over P6 billion. Dominguez wanted the government to generate revenues from the deal since the frequencies are owned by the public.

Rio clarified that they have not thrown out the concerns of the Department of Finance (DOF).

The committee is looking at reviewing the Spectrum User Fees (SUFs). This obligates telco providers to pay the government yearly for the usage of frequencies.

“Instead of an auction, we will get the revenue generation from there,” Rio said.

Rio said SUFs have not been updated since 1998. He admitted that current telco providers like Globe and PLDT may not like the proposal.

Rio said that the TOR draft may be out as early as first week of August.

“We are hopeful we can finish the award by December,” Rio said.

He said the third telco could be up and running in 2019.

Under the HCLoS model, the third telco must provide at least 5 Megabits per second of internet speed and have the capacity to cover at least 30% of national population. The next telco player must also have at least P40 billion in capital and operational expenditure per year over a 5-year commitment period.

Companies can then show off better services through a “beauty contest” to score more points in the selection process.

The bidder with the highest points must then commit to the specifications for 5 years. Failure to do so would mean that they can no longer take back their performance bond, which is 20% of their committed capital.

HCLoS is the preferred mode among ICT advocates. – Rappler.com