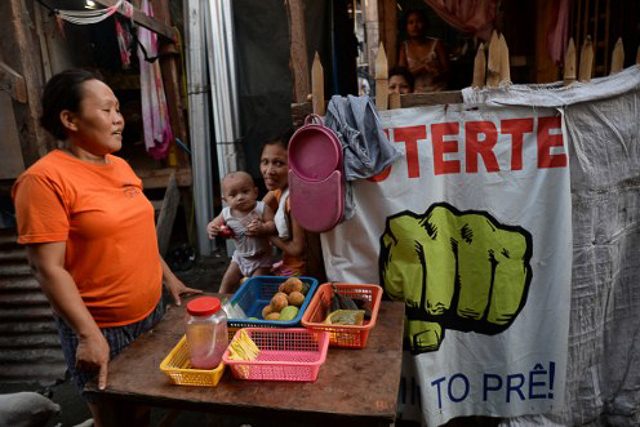 Facebook Twitter Copy URL
Copied
The Philippine Statistics Authority says inflation for the bottom 30% income households went up by 6.5% in the 2nd quarter of 2018

MANILA, Philippines – The poorest Filipinos felt the harsh impact of inflation during the 2nd quarter of the year, data from the Philippine Statistics Authority (PSA) showed on Tuesday, July 31.

The figure is also higher than the recorded 5.2% headline inflation in June, which was a 5-year high using base year 2012. (READ: [OPINION] Why inflation is actually at a 9-year high)

The indices of all commodity groups also posted higher rates during the quarter.

On the other hand, increases in the indices of fish and meat slowed down to 11.1% and 6%, respectively.

The poor in the National Capital Region (NCR) felt 6.6% inflation during the period.

This was mainly due to the higher annual increase in the food, beverage and tobacco index. Prices of fuel, electricity, and water also contributed to the spike.

Inflation for the bottom 30% income households outside the NCR picked up by 6.5% during the 2nd quarter.

The highest increase was in the Davao Region at 8%, while the lowest remained in Mimaropa at 4%.

Bangko Sentral ng Pilipinas economists projected that inflation could reach as high as 5.8% in July. – Rappler.com