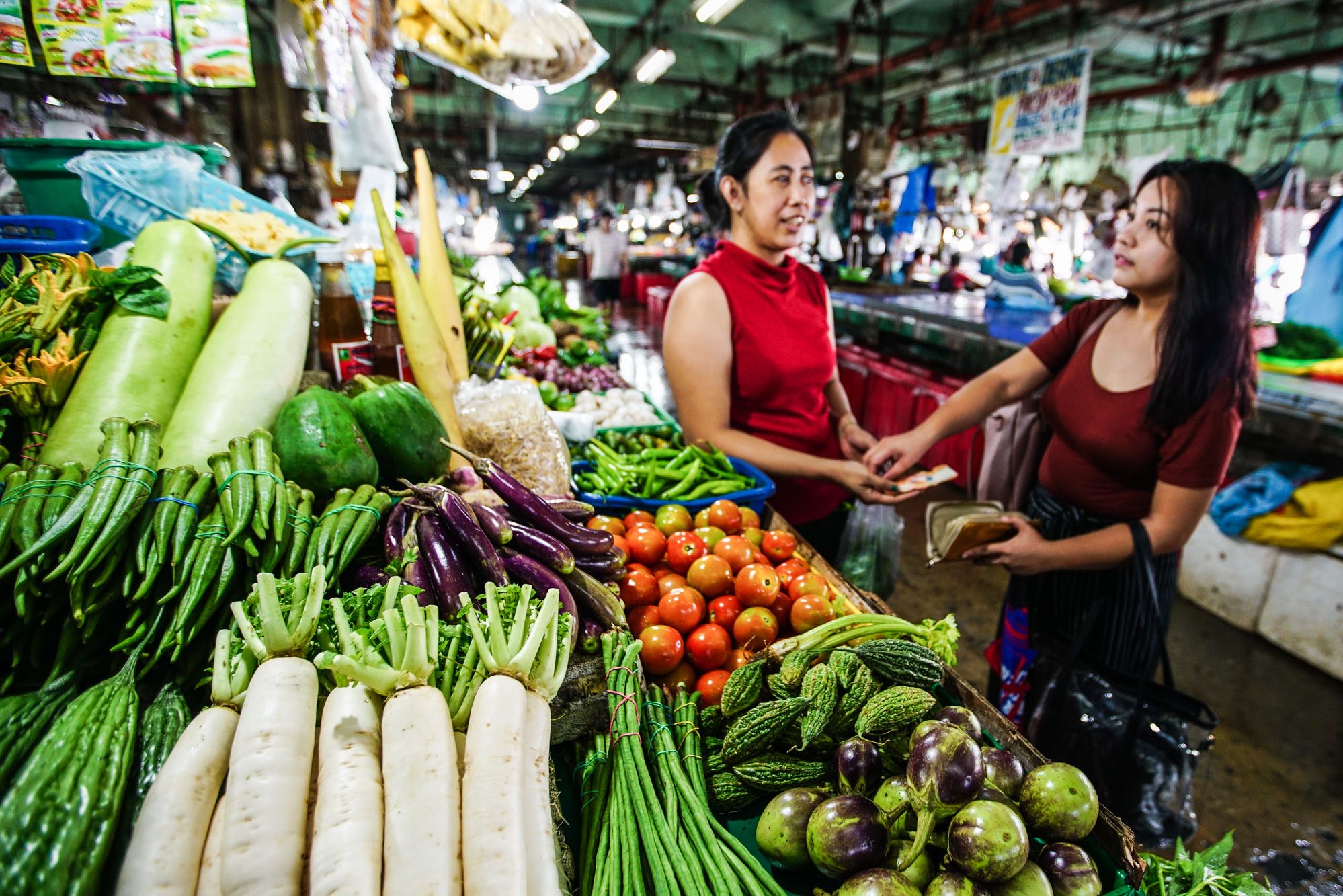 Facebook Twitter Copy URL
Copied
(UPDATED) This is mainly due to prices of food and non-alcoholic beverages, which keep rising

The latest figure was higher than the 5.2% registered in June.

The PSA said the uptrend was mainly due to food and non-alcoholic beverages which registered a 7.1% annual rate.

Rice imports also failed to make an impact, as prices rose to 5%, 0.3 percentage points higher than in June. 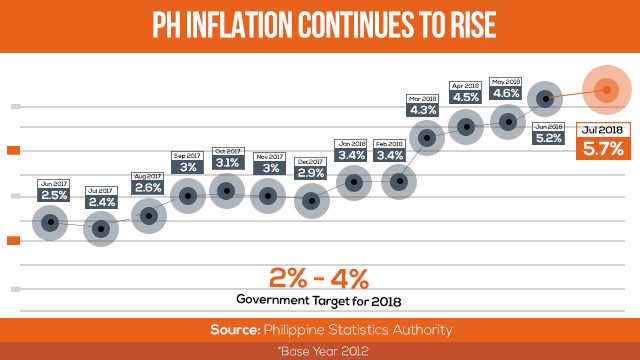 In the National Capital Region (NCR), inflation surged to 6.5% from the previous 5.8%.

Areas outside NCR followed the trend and registered a 5.5% jump, higher than the 5.1% in June.

“Faster annual markups were recorded in all the commodity groups, except for the indices of recreation and culture, and education,” the PSA said.

“The highest inflation of 7.5% was still noted in [the] Autonomous Region in Muslim Mindanao, while the lowest rate of 2.7% remained in Region III (Central Luzon),” the PSA added.

The poorest Filipinos felt the harsh impact of inflation during the 2nd quarter of 2018. The PSA previously said the country’s year-on-year inflation for the bottom 30% income households went up by 6.5% in the 2nd quarter. (READ: Who’s to blame for soaring inflation? ‘All of them’ in gov’t, says economist)

However, the government is likely to miss the target. The Development Budget Coordination Committee projected 2018 average inflation to fall between 4% and 4.5%.

Economic managers anticipate inflation to taper off in 2019.

The Bangko Sentral ng Pilipinas Monetary Board will hold a meeting on Thursday, August 9, to discuss another possible round of interest rate hikes to address inflation. – Rappler.com