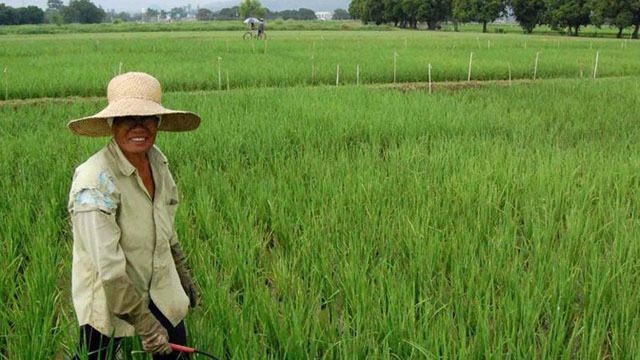 MANILA, Philippines– Socioeconomic Planning Secretary Ernesto Pernia expressed grave concern over the stagnant output of the agriculture sector, which dragged down the economy’s growth and pushed inflation up in July.

The country’s gross domestic product (GDP) slowed down to 6% in the 2nd quarter.

The Philippine Statistics Authority (PSA) reported lackluster performance in agricultural output during the second quarter of the year, which  clocked in at only 0.07%.

This was much slower than the 6.2% growth recorded in the same period of 2017. Crops, which accounted for nearly 50% of the total agricultural production, registered a 2.08% reduction in output. “This supports our premise that the main reason behind the high inflation is the gross deficiency in the domestic production of food, which was not augmented by imported goods especially rice,” Pernia said in a press briefing on Thursday, August 9.

He also urged the Department of Agriculture (DA) “to urgently conduct a comprehensive review and reform of policies and programs that restrict access to land and the use of land, access to technology and extension services, access to finance, and access to markets.”

Pernia also urged the DA to work with the Department of Trade and Industry (DTI) and the Philippine Competition Commission (PCC) to look into the presence of cartels and smuggling.

Agriculture Secretary Emmanuel Piñol faced legislators on Tuesday, August 4 to discuss the agency’s budget and answered queries on regarding rice hoarding and cartels.

He said the allegation was not “unfounded” but offered a different take on the matter.

“We call it hoarding, but businessmen may call it inventory management. Sa kanila (for them), it’s legitimate business,” Piñol said. – Rappler.com