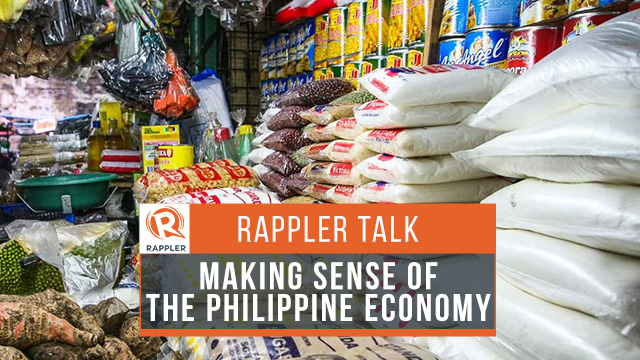 Bookmark this page to watch and join the discussion live at 3 pm on Friday, August 10

Inflation in July jumped to a fresh high of 5.7% and the country’s gross domestic product (GDP) slowed down to 6% in the 2nd quarter.

In Congress, the second wave of tax reforms hurdled the ways and means committee.

The Department of Finance (DOF) said the government is set to incur revenue losses under the current version of the bill – something it did not anticipate.

Can’t keep up with the numbers?

Rappler talks to AJ Montesa, researcher of the Action for Economic Reforms (AER) and Rappler columnist  and UP Diliman PhD  candidate JC Punongbayan to crunch the data and assess the economy under President Rodrigo Duterte’s administration.

Tune in and join the discussion live on Friday, August 10, at 3 pm. – Rappler.com