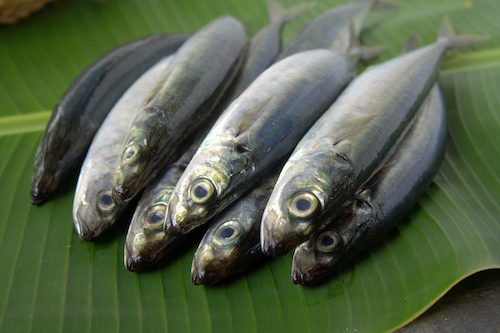 MANILA, Philippines (UPDATED) – The Department of Agriculture (DA) allowed the importation of galunggong or round scad to ensure “national food security.”

In a certificate released on Wednesday, August 15, Agriculture Secretary Emmanuel Piñol allowed up to 17,000 metric tons of galunggong imports with a 5% tariff as the closed fishing season nears.

The importation was allowed to ensure sufficient supply of galunggong during the holidays, when consumption is usually high.

Closed fishing season starts in November and will end in March 2019. The move allows fish to propagate and avoid overfishing.

“The importation and unloading activities shall be strictly and jointly monitored by the Bureau of Fisheries and Aquatic Resources (BFAR) and the Philippine Fisheries Development Authority (PFDA),” Piñol said.

Galunggong may be imported as early as September 1 and up to the last day of December 2018 or until revoked by the DA.

The DA earlier set the suggested retail price of galunggong at P140 per kilo. Prices  of the fish jumped 11.7% in the 1st half of the year.

The Philippine Statistics Authority reported that round scad production dipped by 0.32% during the 2nd quarter of 2018. The total volume of production for fisheries was estimated at 1.13 million metric tons with a positive growth of 2.64% from last year’s -1.06%. – Rappler.com