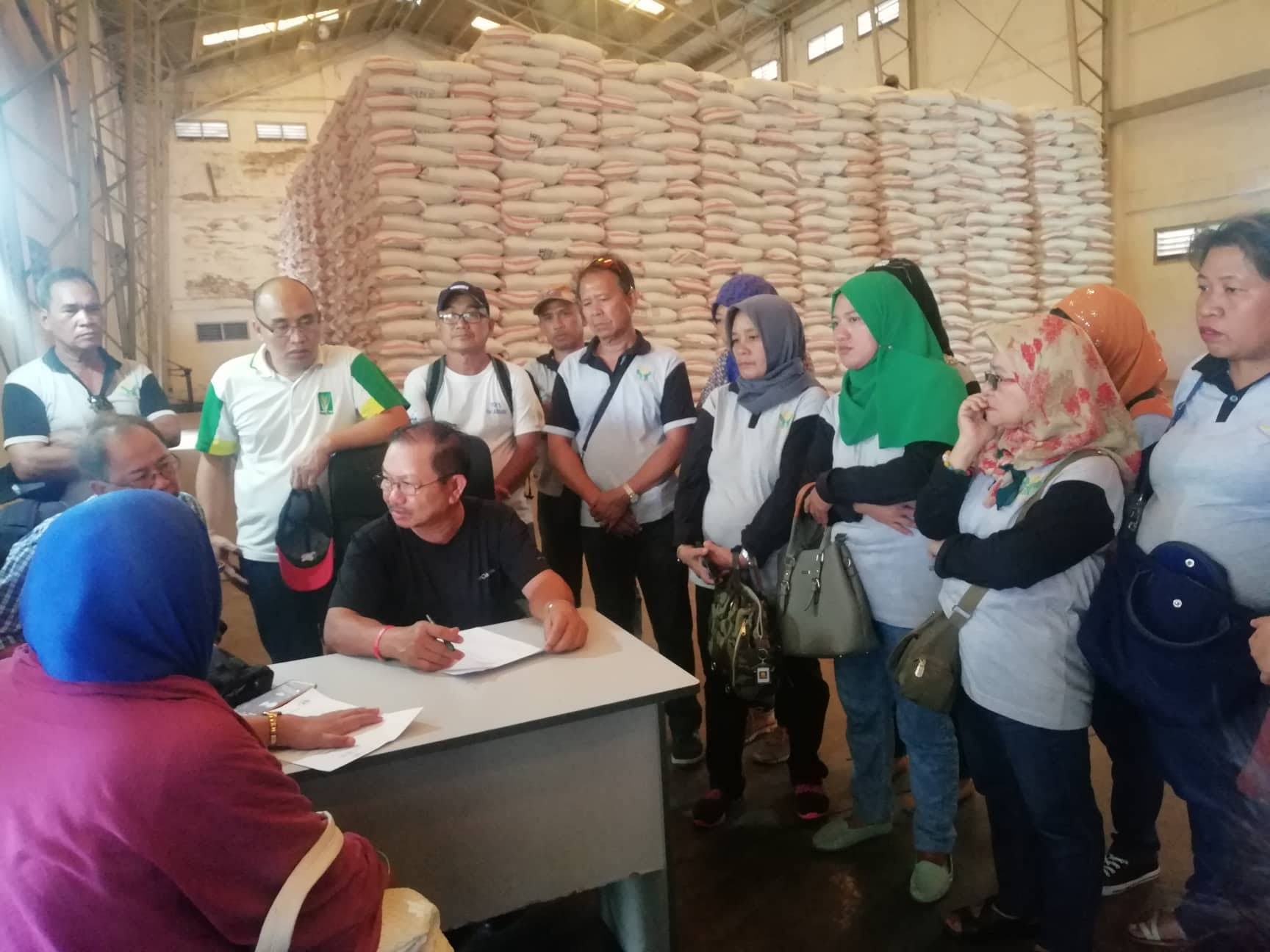 Facebook Twitter Copy URL
Copied
The agriculture secretary even envisions a 'trading center' for smuggled rice in the Zamboanga-Basilan-Sulu-Tawi-Tawi region, saying that's the practice there anyway

MANILA, Philippines – After saying it was smuggled rice that caused sky-high prices in Zamboanga-Basilan-Sulu-Tawi-Tawi (Zambasulta), Agriculture Secretary Emmanuel Piñol is considering to legalize their entry.

Piñol earlier floated the idea in a Facebook post, and only expounded on it on Tuesday, August 28.

“So my proposal is to establish a rice trading center, where you bring in rice, wherever that came from, and pay a little tariff,” Piñol said.

“This is a peculiar problem because Zambasulta relied on smuggled rice,” he added.

When asked whether his proposal was a way of tolerating illegal practices, Piñol said that the “cultural context” and “culture” must be considered.

“To us it’s smuggling, but to them it is a barter trade. They have been transacting with Malaysia and other nearby areas, historically, we need to look at that,” the cabinet official said.

Data from the Department of Agriculture (DA) showed that Zamboanga City only has a rice sufficiency rating of 55%. Basilan (5%), Sulu (2%), and Tawi-Tawi (1%) registered even more dismal figures.

Piñol said local traders in these provinces “gave up” on selling since they were not able to compete with smuggled rice priced at only P29 per kilo.

He clarified that his proposal would not stand forever.

Piñol said that the allowable “smuggled rice” would be gradually reduced once the provinces develop their respective rice industries.

Zamboanga City and Basilan declared a state of calamity after rice prices soared to P70 per kilo.

Prices of basic goods in calamity areas are automatically frozen at prevailing prices or placed under automatic price control.

The agriculture chief earlier proclaimed that the rice crisis in Zamboanga City is “over,” but cheap rice from the National Food Authority (NFA) allotted for the affected areas would only last up to 5 days.

In a Facebook post on Wednesday, August 29, Piñol said that the media should refrain from calling his proposal as legalizing smuggling.

“When the rice supplies coming in through the Southern Islands are charged with tariffs and duties, documented, inspected by quarantine officers and the needed volume controlled, is that smuggling? No, sir, it is not! That is already a legal importation of rice” he said.

He projected government to earn some P2 billion from the proposal. – Rappler.com