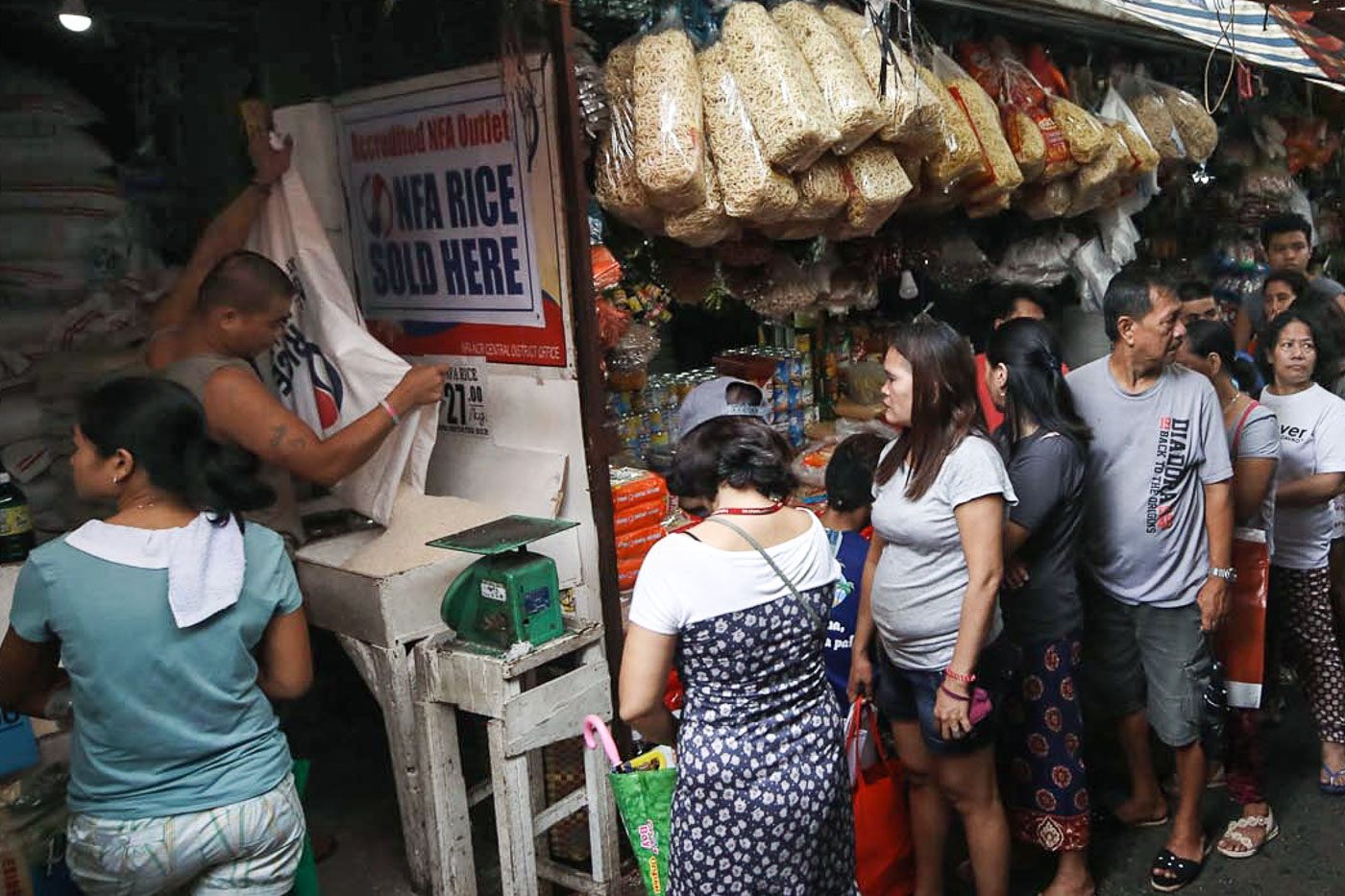 MANILA, Philippines – As poor Filipinos struggled to keep up with elevated prices of fish, meat, and vegetables, prices of rice accelerated further to new highs in August.

According to the latest price monitoring report of the Philippine Statistics Authority (PSA), the average retail price of regular milled rice rose to P43.86 per kilo during the 4th week of August, while well-milled rice soared to P47.12.

These prices were 15.2% and 11.6% higher compared to prices during the same period last year. (IN CHARTS: This is how bad August 2018 inflation looks like in regions)

The prices were much higher in some regions and provinces.

Regular milled rice in the Ilocos Region and Cagayan Valley were below the P40 level.

Well-milled rice in Western Visayas, the Zamboanga Peninsula, the Davao Region, and Soccsksargen were above P50. Both the Ilocos Region and Cagayan Valley had well-milled rice at around P43 per kilo. (READ: Taming rice prices: What lawmakers, experts say)

Rice prices in Basilan continued to be problematic, with regular and well-milled rice priced at a hefty P60 and P58 per kilo, respectively.

Sulu enjoyed the cheapest prices. Regular and well-milled rice there were at P38 and P31, respectively. These levels can even compete with National Food Authority (NFA) rice priced at P27 and P32, respectively.

The NFA assured the public that it will continue to distribute cheap rice to ensure that consumers will have alternative sources.

From January to August 23, the NFA had already distributed a total of 4,443,082 bags of rice through its accredited retailers, outlets, and other recipients.

However, access to cheap rice remains limited. While the NFA allows up to 5 kilos per individual, some have reported that they were only allowed to purchase less.

Cathy Estavillo of Bantay Bigas said they have received reports that there were people being turned away despite patiently waiting for their turn.

(There’s rice but it’s obvious that it’s not enough because they’re limiting purchases. The NFA wasn’t able to flood the market with cheap rice, that’s why it wasn’t able to influence prices.)

“The additional importation can increase NFA’s active participation in the market by as much as 20%,” the NFA said.

The NFA Council also approved the immediate importation of 133,500 MT of rice by the private sector for distribution to Zamboanga, Basilan, Sulu, and Tawi-Tawi (Zambasulta) to bring down prices. Additional allocation for NFA rice is also expected for consumers to have access to cheaper alternatives.